GET NEWS AND ARTICLES IN YOUR INBOXPrint
A
A
Home | Wire | The 2015 Economic Freedom Index: US Ranking Falls

The Canadian Fraser Institute's "Economic Freedom of the World" report [PDF] was released last week, and, as The Week reports: "America is less economically free than Jordan, Mauritius, and the United Arab Emirates." In fact, "the decline of economic freedom in the United States" is a topic specifically addressed by the authors, because it is so significant. While much of the world has been moving toward more economic freedom, the US has done in the opposite direction.

This means the US has dropped in the overall rankings as other countries become more competitive with the US in this regard. The US still ranks 16th, though (the 2000 ranking was number 2), because most other countries still have such a long way to go. Even with a rapidly tightening noose, the US still comes out looking pretty good when compared with Egypt (for example). That should be little comfort, however, to American small business owners who are more easily crushed by the regulatory state every year.

(For more on how individual American states, see this recent Mises Daily article by Gabriel Openshaw..)

Now, as with any index of this type, one needs to know the criteria behind the ranking before drawing any broad conclusions from it, so I recommend analyzing the specific way that the authors constructed their ranking. Criteria include top marginal tax rates, enforcement of contracts, government consumption, etc. 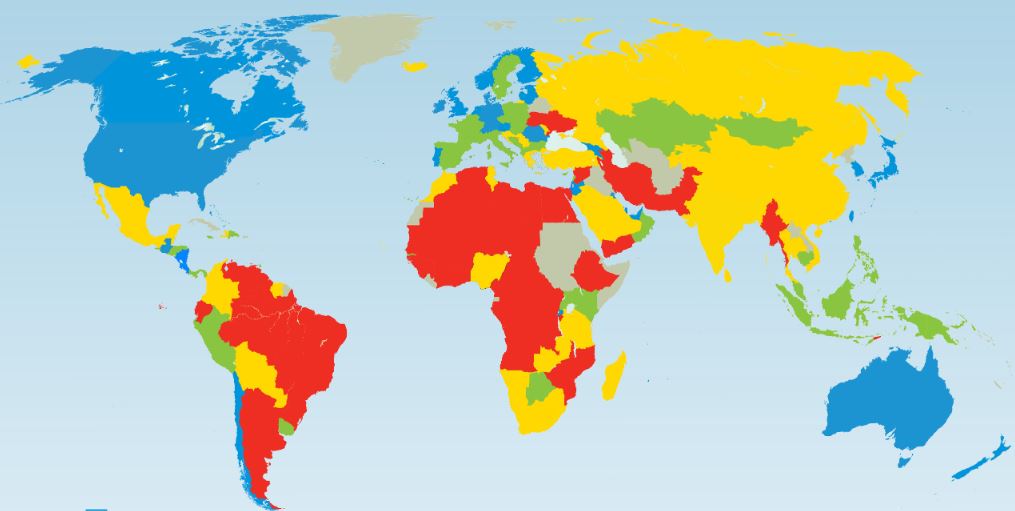 Not surprisingly, lower rankings are correlated with weaker economies and lower GDP growth.

The report reminds us that, overall, predictability is an essential factor. Even when you have a big, interventionist government, it's helpful to entrepreneurs to at least be able to somewhat predict those interventions. If a highway robber is going to rob you of one-third of your income every year, it is very helpful to know that it's going to be one-third, and when and where he's going to actually steal it. Entrepreneurs can plan for that sort of thing.

Government institutions that change policies based on unknowable whims (i.e., the Federal Reserve) contribute greatly to crippling economic activity. Robert Higgs has explained this concept through in his work on "regime uncertainty."

For more, see Mises Associated Scholar Per Bylund's recent op-ed in The Oklahoman (Bylund is now Asst Prof at OSU):

The latest “Economic Freedom of the World: 2015 Annual Report” is out and the results are concerning. The United States has plunged to 16th in this annual ranking of countries by their degree of economic freedom. As recently as 2000, we held the No. 2 slot and now we've fallen below countries like Canada and the United Kingdom.

The importance of economic freedom to our overall well-being must not be undervalued. Defined as the degree to which individuals, families and businesses are free to make decisions and sculpt their lives without government interference, economic freedom is increasingly being eroded by numerous regulations, exploding government spending, high taxes, and disregard for rule of law and property rights. Furthermore, this report, which has been conducted since 1995, shows that economic freedom is a core driver of economic growth and prosperity.