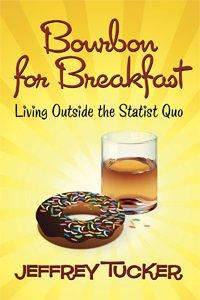 Somehow people doubt that this is true, but it is a fact: I was a professional chef with a highly regarded firm that served exotic meats such as elephant, giraffe, snake.

So who better to take advantage of the remarkable new availability of exotic meats online? True, there is a challenge here. I've never made Yak, Boar, Elk, or Kangaroo. But the site provides cooking tips, and I do have the benefit of my vast experience.

So it happened this way.

I was working as a high-speed dish cleaner at a steakhouse when the catering company next door made it known they had unwashed dishes piling to the heavens. So of course they called, and my boss generously agreed to let them borrow my services.

My new place of employment was an interesting one. The owner wasn't around much, and when he was he was on the phone fighting with his girlfriend. But the staff of high-school drop-outs was competent. We served thousands of people at large events in civic centers and the like.

Some things about that job were fun, such as using the massive fire hose that gushed boiling hot water to wash the kitchen floor at the end of the day. Chemicals everywhere!

The dozens of deep ovens — not self-cleaning and never cleaned by hand — rose to the ceiling. Once they were filled with beef roasts. My coworker was pulling some hot ones out of the oven and they rolled off the rack and fell 10 feet to the ground. They bounced like basketballs, splattering grease everywhere. Then they rolled in circles around the room, and, because the room slanted to the middle, ended up in a big pile at the center drain.

Of course we picked them up and put them on the cart and served them. Hey, the customers were only paying $7 a plate!

It's very strange how we reused the butter that people didn't eat. Folks would leave those pats of butter right on their plate for no good reason, so why not preserve them for others to enjoy? I can vaguely recall that we did that once with rolls, but I'm not sure about that.

In any case, back to extreme meats. This men's club called and said that they want to have a dinner featuring exotic meat, preferably manly stuff like wild boar and elephant.

No problem! We dug up a catalog and ordered the weirdest stuff we could find. The meat arrived in a freezer truck, bags and bags of frozen and nondescript meat. The elephant and snake, however, was recognizable because it had the skin on the outside.

How to cook this stuff? Well, the boss was out of town and left me with the job. What else but salt and pepper and bake them in our extreme ovens?

So they were thawed, salted, peppered, and cooked. Some very strange smells emanated through the kitchen that day, and so we began focusing on the all-important matter of preparing the actual dinner environment. One of my co-workers suggested beer. There had to be lots of it. And it had to be available long before the food was presented with great ceremony.

And so the big night came, and there was beer, beer, beer, lots of it, for a full hour, and at very low prices, alongside manly music with jungle beats. We found a tape that had cawing birds and screeching monkeys too.

So the manly men gather and drank and slapped each other on the back. The whole time we could only peek through the kitchen window and watch to make sure that everyone was happy and having more fun that sobriety permits.

Then and only then did we bring out the gourmet creations, on large platters decorated with plenty of fruits and parsley, and put them on tables with urns and flowers. Ooohs and aaaaaahs and large yelps rose from the gathering. And they devoured it madly, each trying to outdo the other in expressions of devotion to the elephant and tiger meat.

As for the cooks, we wouldn't get near the stuff. The closest I got to the actual meat was in scraping the baked-on skin off the large tin platters. What a mess! The dinner was Friday night. I worked until late on Saturday to get the mess cleaned up.

But the folks got precisely what they were looking for.

So who better to throw a post-Easter party of exotic meats? But there will be no gimmicks this time. I'll serve wine, plenty of it, and the music will be from the late middle ages. There will be fresh butter at my party. I might even use some spices other than salt and pepper.