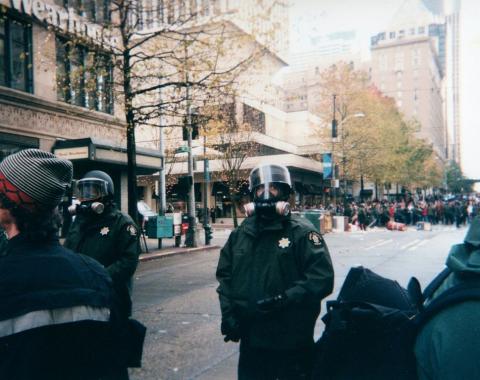 Thank Heaven the Seattle meeting of the World Trade Organization closed with absolutely nothing accomplished. Indeed, the delegates are glad just to leave the city in one piece. As to when and where the next meeting of this global bureaucracy will take place, no one knows for sure. We'd all be better off -- indeed the cause of free trade would be better off -- if it never met again.

What killed the meeting was not the protesters so much as the man who finally let the regulatory cat out of the global-government bag: Bill Clinton. In a slip of the tongue, he told the Seattle Post-Intelligencer that the WTO should use sanctions to enforce U.S.-style labor regulations around the world.

"Ultimately, I would favor a system in which sanctions would come for violating any provision of a trade agreement," Mr. Clinton said, revealing the exoteric doctrine his administration has worked so hard to keep under wraps. So much for the esoteric line that the administration only supports a labor "working group." The administration tried to back off the comment later, but everyone knows that Clinton meant exactly what he said.

Think of the implications of this labor-union dream come true. The WTO would immediately become the enforcement arm of the U.S. Department of Labor -- or, worse, the International Labor Organization -- restricting trade with any country that doesn't subsidize labor unions, enact minimum-wage laws, mandate employment welfare, ban "discrimination," and otherwise gum up its labor market with every manner of intervention.

Third-World delegates immediately recognized what Clinton was up to: He was endorsing all the key demands of the protesters, who want to see trade "linked" to the expansion of the global welfare-regulatory state. The delegates had long thought the U.S. had a secret plan to use the WTO to enact global-government regulations to cripple their struggling economies, but now they had proof.

Third-World trade officials also recognized that this regulatory mare's nest would be the kiss of death, not only for their economies but also for the world in general. New labor regulations, working together with new environmental regulations, would consign a good part of the world to permanent poverty.

"Those people outside are not talking for the developing world," Pakistani delegate Munir Ahmad said of the protesters. "They say they want minimum wage for workers? How could you have a minimum wage of $4 for workers in Bangladesh? It's not even 20 cents there."

"If you start using trade as a lever to implement non-trade related issues," Youssef Boutros-Ghali of Egypt said, "that will be the end of the multilateral trading system -- maybe not this year, but in 10 to 15 years."

"We will block consensus on every issue if the United States proposal goes ahead," the Pakistani trade minister told the Wall Street Journal. "We will explode the meeting."

Go, Pakistan, and the sooner, the better!

Why are union bosses so adamant about enforcing so-called worker rights around the world, including the entire socialist agenda spelled out in the charter of the International Labor Organization? Have John Sweeney and Jimmy Hoffa decided to set aside their myopic greed for higher union wages in the antiquated industries they dominate in order to exercise their deep love for the poor of the world?

No chance. They intend to cripple developing economies just as these countries are attracting record levels of investment. The unions want to protect their cartel from competition, and plan to use world government to do it. That's why they hate genuine free trade, and why they place so much hope in the WTO; they want it to become their tool, and Clinton is in their back pocket.

No one with a conscience can support the international imposition of "labor rights." It would mean throwing millions of people out of work, and entrenching misery in the poorest parts of the world. Why, moreover, should Third World peoples have to subject their economies to the control of the WTO, which is completely dominated by the large developed nations? They must have the freedom to compete, and that means stopping the WTO from wrecking their hopes and dreams for the future.

Interesting, isn't it, that the Seattle protesters can profess to be so "socially aware" and "progressive" even as they try to consign the entire developing world to permanent poverty? In fact, the demonstrators are nothing but shills for elite labor interests in this country, who are concerned only about fattening their wallets at the expense of the consumers and workers of the world. Workers of the world unite! -- against U.S. labor unions and the WTO.

It was especially sickening to see Clinton sign the much-vaunted agreement against child labor. What happens to children in desperately poor countries if they can't work? They starve to death, join street gangs, or sell themselves as prostitutes. With jobs, they have food and clothes and shoes, and they can help their parents and siblings too. Jobs bring self-respect, train them in civilized living, and give them a future. With their jobs--call it child labor if you want--they have hope.

God bless the companies that employ them, and the Americans, Europeans, and Asians who buy their products. Curses on the whining social reformers who would ban lifesaving child labor around the world, and keep its products from our shores.

In the early stages of the WTO debate, it was common for conservatives to worry that the WTO's democratic voting mechanism would permit the U.S. to be outvoted by the Third World, which represents a majority of delegates. In retrospect this fear was entirely misplaced. Indeed, we should cheer Third World delegates, because it is they who stand between us and a global regulatory regime administered by the U.S.

Countries in the developing world have the right to retain their sovereignty too. They have the right to conduct their affairs without being dictated to by the likes of Sweeney, Hoffa, and all the rest of the imperialist social planners, whether they were speaking in the halls of the WTO or protesting on the streets.

That Pakistani trade official is right: The developing world should explode what's left of the WTO.