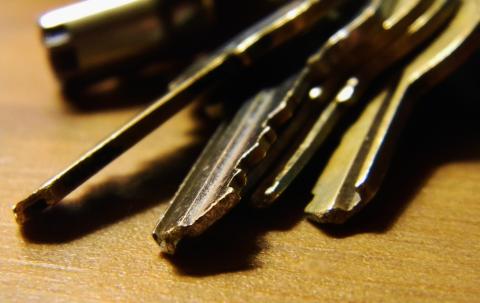 When state budget cuts evicted Jesse Ventura from the 20-room Minnesota governor’s mansion earlier this month, I was half expecting the scene to turn nasty.

"Yes, Governor'" a pencil-necked bureaucrat replies, flashing a spreadsheet splashed with red ink. "You must move out or select another executive branch facility to be slashed."

The former Navy SEAL growls. "Go tell the budget committee that the legislature will need more than a spreadsheet to get me out of this house."

But alas, there was no showdown at sundown. Why fight, asks Ventura, when he prefers his own family home outside town to the luxuriant Tudor governor’s residence. So he and his wife took one for the team and packed up.The temporarily shrinking stock of executive-branch office in Minnesota is an exception, however.

Elsewhere, the physical size of government has been expanding for much of this decade. It is a trend that continues, despite diminishing tax returns, a struggling economy, and mounting deficits.

Let’s look at the narrow question of government office space. Since 1997, the federal government has expanded by 280 million square feet, according to the General Services Administration. By comparison, the Minnesota governor’s mansion is about 25,000 square feet. The average American family homestead is 2,100 square feet. The massive Empire State building fills 2.1 million feet.

In defense, the GSA, which oversees most of our government’s 3.3 billion square feet, says this property is dispersed in all 50 states. The agency also points out that the real growth rate has been a modest 2 percent per year since 1997, and that only 25 percent is actually commercial space. The rest is used for warehousing and the military.

To be fair, this did not happen overnight. The GSA didn’t necessarily want to become the world’s largest landlord. Congress made it that way by passing laws over the years that hired over 1 million federal employees. Employees need space. The Democrats are not entirely at fault. And the Republicans are not totally guilty either. Scoundrels in both parties share the blame.

It wasn’t always this way. Our federal government has frugal origins. Take the most obvious examples, The Constitution and the Declaration of Independence. Both were crafted in colonial-era Philadelphia, once a dirty, hot, and crowded place to spend a summer. There were no Roman-revival marble palaces, no underground private subways, and no air-conditioning. On their visits to town, delegates complained bitterly.

Yet despite being relegated to class D office space in Independence Hall, the founders managed just fine. In fact, they did far better than any Congress since, neither spending public money nor passing tax-code-sized laws that require teams of lawyers to comprehend. Their work in Philadelphia can be read and understood by school children. It all compels the conclusion that politicians do their best work when they are hot, musty, and cramped. Perhaps we should make them hold session on Amtrak.

Indeed, Amtrak’s creaky coaches would be comfortable compared with the modest surroundings that various other government agencies once occupied. The Supreme Court dwelled in borrowed space until 1935. Justices wrote decisions at home. For a period, the court met in the basement of the Capitol. Likewise, before World War I, many other divisions of government fit snugly inside Washington, D.C., brownstones.

There is no excuse for why the U.S. Department of the Treasury must inhabit the equivalent of 20 Empire State Buildings or why more Americans work as bureaucrats for the Department of Agriculture than as farmers East of the Mississippi.

As for Jesse Ventura, the Minnesota governor's staffers say he plans to rent hotel facilities for social events, the same way governors did before the mansion was constructed in the 1960s. And to cut back on expenses even further, they won’t invite the legislature.

The White House, in this year’s budget, cites a different number. It says the government owns and/or controls 3.2 billion square feet.

Information on the Supreme Court of the United States meeting in Old City Hall.

National Association of Home Builders, average square footage is 2,200 (cited in ) 2,060 square feet in 1993, according to another authority.