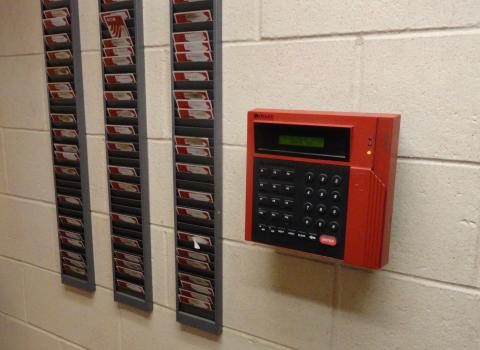 Perhaps the most disappointing aspect of the Bush Administration is the great chasm between its rhetoric and its actions. There is much difference between the faith in civic virtue declared in George W. Bush's inaugural address and the attacks on civil liberties found in the Patriot Act. Similarly, Candidate Bush's campaign speeches on a humble foreign policy significantly contradict today's dangerous extension of costly military empire.

What gives? How great can the distance between rhetoric and policy become before people realize that the assertions of the Left and the Right are meaningless when both are used to serve the cause of Big Government?

I have asked myself these questions frequently over the last three and a half years, especially following pro-government Bush Administration policies on trade, immigration, education, and the national debt. Most recently, I asked myself this question after reading about the latest Labor Department proposals regulating overtime pay.

Overtime pay concerns the area of wages, and wages, as any free market economist worth his salt can tell you, result from a contract entered into freely by the labor supplier (the worker) and the labor demander (the business firm). The federal government has long intervened into what otherwise would be private, voluntary labor agreements, especially in the form of income taxes and wage floors.

Both interventions are bad enough. They reduce gains from trade, penalize unskilled labor, introduce some level of violence into peaceful transactions, arbitrarily criminalize much productive activity by creating extra-legal markets, and legally transfer wealth to the State's "parasites and partisans" (to borrow a phrase from John Taylor of Caroline).

The Fair Labor Standards Act of 1938 has been centrally planning for all these years with exactly these results. The old overtime regulations, however, are less irrelevant today because they only apply to wages that in today's economy hardly anyone earns. What the DOL is doing is much like increasing the minimum wage after the market wages rise so much that the minimum is irrelevant to most of the workforce. Thank heavens for one small blessing that comes from inflation, but it is precisely this that the government wants to take away.

It seems that last year, the Bush administration considered revising the antique results in a way that might have granted more liberality to workers and their employers. But now that the 500-page revision is out, we discover that precisely the opposite is taking place. More workers than ever will be covered by overtime rules, which effectively means that more people are going to be denied choice concerning their working hours and pay.

Aimed at what the Department of Labor calls low-wage workers—which the fine print defines as workers earning up to $100,000, essentially 95 percent of the workforce—the ruling clarifies who can and cannot receive overtime, by essentially shifting overtime pay eligibility down the wage scale. If Joe Sixpack cannot voluntarily negotiate overtime pay for time worked beyond 40 hours, then the Feds will guarantee it with its threat of force. And if you can voluntarily negotiate overtime pay but the Feds believe you already earn enough money, then too bad for you.

The computations can be complicated but the principle is not. Let's say, for example, a worker earns $10 per hour. Because he needs the money and has the time, while the business can use the help, he sometimes puts in 50, 60, or 70 hours per week. This is not at all uncommon for single workers, for example. Under current rules, the employer could employ him beyond 40 hours at $10 per hour, which presumably is his marginal value product. It's not exploitation; it's called exchange.

Under the new rules, however, if the employee wants to work more, he can only do so by charging $15 dollars per each additional hour of work. What will be the result? The employer will probably purchase fewer labor hours (in accordance with the law of demand). Who is made better off? No one. Both the employee and employer are worse off. Some help the federal government has given!

The proposals are shockingly brazen in their presumption of federal control over the private workplace. (Read the official overview of the proposed changes here.) They dictate the salary threshold below which workers would automatically qualify for overtime (to $425 per week). They create new entitlements to be paid by employers (although in the long run, workers assume the economic burden). They guarantee overtime to specific, politically approved occupations: namely those in the public sector where overtime merely results in mulcting the taxpayer.

The economy suffers greatly when such regulations are forcibly added to voluntary labor contracts. Firms that hire low-wage workers who traditionally work more than 40 hours a week will be forced to reduce their labor demand, leaving many workers either out of work (and eligible for various forms of unemployment welfare) or forced to work in other areas of the labor force. Say hello again to moonlighting. Many firms operating in competitive markets with narrow profit margins will be forced to shut down altogether.

On the other end of the wage scale, the regulations will harm those firms that found it necessary to attract high wage earners by offering overtime pay. People who used to work overtime repeatedly—to their personal betterment—will be forced to stop. Employers who were once generous about allowing workers to work extra hours will no longer be able to. The full cost of such interventionism must include the workers who are now denied opportunities, as well as hard cash, for their work. Never mind the effect that the proposals may have in terms of short-term political impact. The result will be devastating to millions.

And predictably, there are enough exemptions and classifications to create the ambiguity required to make these proposals a sort of make-work program for labor lawyers, whose services will be in high demand if they are implemented. Meanwhile, big business trade groups like these rules because they increase costs on potential competitors who can't afford to pay the increased labor costs.

The overtime rules are the latest slap in the face of those who thought this administration cared an iota for the principles of market exchange, to say nothing of federalism or states' rights. Certainly the costs of implementing them in the public sector will be passed on to states and cities that are already in the midst of much fiscal belt tightening in the aftermath of the Fed-induced recession. In a freer era, sovereign states would laugh at such federal overreach, and then ignore it.

Of course, in such an era, public officials would be impeached for implementing policies that deviated so greatly from their rhetoric (and, of course, the Democrats say that the White House is gutting labor regs!). It is long past time for those who take liberty seriously to stop supporting officials simply because they perceive them as being relatively less statist in action than the competition. At the very least, we should point out the discrepancies between the rhetoric of public officials and their actions once in office.

We have to start somewhere. On the Department of Labor's web site, Labor Secretary Elaine L. Chao is quoted as saying that "Getting people back to work is what this Department does. Giving people hope in their future is our job." If she was sincere, she would be spending her time dismantling the regulatory burden her dreadful department has created over decades in between acts of public penance.

If she were sincere, she would do it working overtime.