Why We Should Sell Alcohol at College Football Games 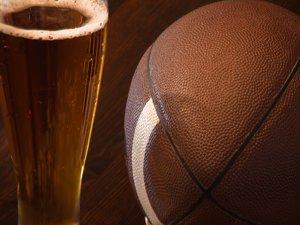 Selling alcohol at college football games sounds to many like a really bad idea, and many others are no doubt of the opinion that there are already too many drunk and intoxicated fans and college students. Alcohol consumption can lead to injuries, altercations, drunk driving, citations for public intoxication, and even fights, stabbings, and shootings. Statistically, game days do not seem too bad, but that is due to the fact that an army of law enforcement officers are present and they turn a blind eye to minor infractions such as public drinking and intoxication.

To sell alcohol inside the stadium would seem to only add fuel to the fire. Many people are very concerned about drunkenness inside stadiums as drunks can cause collateral damage in such close quarters. Some drunks are obnoxious, harass people, and act inappropriately around other adults and children.

Drunkenness is the biggest reason for problems with fans of the visiting team, and the game day experience just isn’t the same when someone sitting behind you throws up. Many people consider alcohol the number one problem with college football games, and it is therefore naturally counterintuitive that selling alcohol inside the stadium could improve the situation.

To understand the situation we first have to know what causes the problem in the first place. We start with the existing prohibition on alcohol in college stadiums (with the possible exception of the luxury box and media sections). Obviously, this prohibition is less than successful.

This prohibition has two main effects. The first is that lots of people consume much more alcohol before they enter the stadium than they would under normal circumstances. The second is that people will sneak alcohol into the stadium, usually in a plastic flask.

What does this tell us? First, that many ticket holders are already inebriated as they enter the stadium to find their seats. So when everyone is quickly shuffling about, anxious to find their seats, get to the concession stands, and find the nearest bathroom, uncountable accidents, small and large, occur.

Second, fans resort to criminal behavior in a similar fashion to the bootlegger, the rumrunner, and the blockade runner. If caught smuggling they also face penalties and loss of their product. In order to lessen the risk of being caught, the determined fan resorts to making the product as small as possible and easy to conceal, thus the aforementioned plastic flask.

Fans that drink alcohol while tailgating are almost exclusively beer drinkers, both before and after the game. But, when it comes to getting past stadium security their choice is “spirits” — usually the strongest, highest proof varieties of rum and whiskey. To help, a variety of local stores carry products that cater to the “need” to conceal “spirits.”

For example, if you put 16 ounces of Bacardi 151 Rum (75 percent alcohol) into a pint flask you would have the alcohol equivalent of 20, 12-ounce bottles of Budweiser. This stuff is so strong that it can catch on fire! It is normally used in specialty drinks and cooking, but it’s also a top seller on college football weekends.

And it is not just the total amount of alcohol, but how fast it is consumed. Beer-drinking football fans typically have what is called a “pace.” The pace is how many beers they drink in an hour without getting clumsy, obnoxious, and stupid. It might be one, two, or three beers in an hour depending on your size, sex, age, and tolerance. Drinking more than your normal pace can get you in trouble.

The problem with our beer-drinking football fan is that one mistaken; unmeasured pour of 151 can mean big trouble. If he pours approximately ¾ of an ounce into a 12-ounce cola drink, with ice, works out to the alcohol equivalent of one light beer.

However, if a little more than 4 ounces is accidentally, or intentionally, poured into the cup, then the cola is equivalent to a 6-pack of beer. This one bad pour could easily lead to a second unfortunate pour, and, … you probably get the picture.

So you might say, “This seems to prove the case that alcohol should not be sold at college football games.” However, this is rather a case for selling beer at the games — the fans’ natural beverage. It is a milder beverage than “spirits,” and high prices would discourage high levels of consumption while still maintaining a buzz.

Remember, full prohibition is not an option, it’s a fantasy. In the real world you look for the best practical option. Law enforcement officials have admitted to me that they would much prefer fans drinking expensive beer from the safety of their seats than guzzling beers and smuggling whiskey into the stadium.

Even so, who in their right political mind would take a chance on such a policy? Well, West Virginia University adopted just such a policy after the 2010 season. They started selling beer inside the stadium and prohibited fans from leaving and reentering the stadium. The result was a big increase in concession sales and a significant drop in alcohol-related problems. Here are the numbers:

Even the police chief at the university, Bob Roberts likes the new policy: “You know, you might as well face reality and try to control it. And at least keep the environment as safe as you can. That was always my goal — to try and make the environment safe.”1 The University of Minnesota and the University of Iowa have adopted similar policies and several others are studying the issue.

Another plus is that once we get first-hand experience legalizing beer sales in football stadiums, we might have the courage to extend the free society to the black market in illegal drugs which is causing ever-increasing death and destruction.