Why We Need Private Property to Deal with Scarce Resources 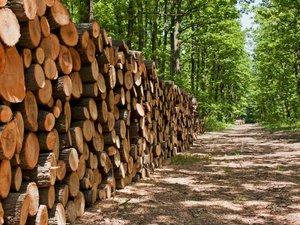 Scarcity of resources exists in many forms and is the problem in economics. If resources were not scarce, there would be no need to economize. The existence of scarcity is true of all resources (such as time, human energy, and natural resources). However, it is not necessarily intuitive that allowing scarce resources to be owned privately is the solution to this problem.

Consequently, socialism appears attractive to many and they turn to having all resources owned collectively for the “common good.” Unfortunately, a society which spurns private property — and hands resources over to government planners instead — often learns the terrible lessons of central planning and the tragedy of the commons (i.e., commonly held resources will be plundered to extinction).

If society spurns allowing private ownership of resources, it must find some other means to prevent the tragedy of the commons and to allocate goods. Historically, the means chosen is the use of force and central planning. Throughout history, most of mankind has been divided into a hierarchical system of masters and slaves with some gradations between the two extremes. The masters (pharaohs, emperors, kings, sultans, warlords, etc.) devised complex rules-based systems for resource distribution that were decided by a small number of people and not by markets. And ultimately, these plans depended upon pure terror for enforcement. But this so-called solution to the problem of scarcity — restricting the people’s liberty through the use of force — does not work.

Problem 1: We Can’t Economize Without Effectively Ordering Our Preferences First

The gradual growth in the understanding of what we now regard as basic economics eventually ended thousands of years of subsistence existence for the masses in the West. Modern economics explained that without private ownership of resources, there was no mechanism for observing or acting on ordinal preferences in which persons prioritize desires from highest to lowest. Without a way to allocate goods according to ordinal preferences, there is no rational means to economize for the betterment of society.

In other words, without markets and prices, there is no way to know what people really want or need, so the masters never really knew what to order the slaves to produce, what technical means to use, what alternative materials to use, the quality desired, or how much to produce. Thus, the commissars of the Soviet Union ordered the production of inefficiently produced, shoddy goods. The Soviet empire collapsed, despite the fact that Russia is blessed with vast natural resources and an industrious population.

A second fatal problem with common/government ownership of resources is that few readily available, consumable resources actually exist. There are no resources on the planet that do not require at least a minimum of effort to transform into a consumable product. Even edible berries growing in the wild must be harvested, meaning that someone must transport himself to the berries’ location and pull them from the bush at just the proper time. The cost of doing so is the value one places on forfeiting his leisure. Of course, other natural resources require much more effort to convert to consumable products, passing through many stages of production.

For example, timber and minerals must be extracted, harvested, etc. and then molded into something that can be consumed. Consider a hiker lost in the wild. It matters not at all to him that great stands of timber lie within easy reach or that valuable minerals lie under foot. These natural resources require great effort over very long time periods to be converted into something consumable, as is the case with converting timber into a shelter or crude oil into gasoline. A lost hiker does not have the knowledge, time, or previously produced means to convert these basic resources into consumable products to ensure his survival. All this is far beyond anyone's autarkic abilities.

Now let us assume that someone did harvest trees by felling them, transporting them to a lumber mill, milling them, storing them in a ventilated and dry place for many months before kiln-drying them (all processes that are required to turn trees into useable lumber), advertising their availability to contractors, keeping sales records, sending out bills, and collecting the bills, only to have a socialist call him a plunderer and confiscate his lumber for free distribution to whomever the masters deemed to be politically advantageous to their continued privileged position. No one other than the favored cronies of government would ever harvest another tree. In other words, production of usable lumber would be monopolized, and as with all cases of monopolies, prices would increase and quality would decline. Moreover, with no voluntary market at work in timber and forest land, there would be no means of knowing if these resources were being used in a way valued by those who valued them most.

At the same time, the central planners could not let just anyone harvest the trees or access the land. If the trees had no owners, great forests would be denuded in short order because there would be no social mechanism to prevent what would amount to a tragedy of the commons by order of the state.

Without the ability to profit from privately owned property, there would be no incentive to provide or withhold capital for any endeavor. Also, a system of private ownership is necessary to determine if that capital is being used in a way the consumers value. The consequences of ignoring this fact of economic science is most evident today in China's ghost cities, where resources, both natural and human, have been expended for no observable benefit except to advance the careers of politicians who can claim to have met the requirements of the latest Five Year Plan. Timber and other resources were provided to build ghost cities, not because the owners of the resources sought to be economical with their resources, but because government edicts required that timber, concrete, gasoline, and more be used to produce what are now empty cities.

The opposite case of resource waste comes from special interest groups who capture the political apparatus of the state and prohibit exploitation of resources by private individuals. In the name of protecting Mother Gaia from being plundered, modern environmentalists have convinced the political class that most progress is unsustainable, dangerous to our health, or any number of other specious claims. Society is prevented from benefiting from their conversion to consumable products. The poor suffer the most from these policies as the prices of raw materials — and thus finished consumer goods — are driven up.

Private ownership insures that valuable resources will never be plundered to extinction, because their value will have been capitalized. Instead, private owners will seek to make resources as widely available as possible without endangering the long-term prospects for future harvesting of resources. The process of determining a resource’s capitalized value is impossible absent free-market capitalism with strict defenses of property rights.

Despite both the theoretical and empirical evidence to the contrary, socialists tell us the opposite; i.e., that state ownership of all resources will prevent their plunder and ensure prosperity for all. As Ludwig von Mises explained, though, socialism is not an alternative economic system of production. It is a system of consumption only, and a system of economic ignorance and economic plunder.