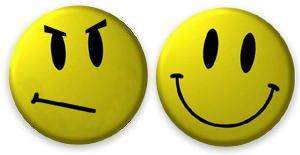 Popular and academic discussions of Wal-Mart are small-but-growing parts of the larger debate about social organization, markets, and the role of the state. Wal-Mart and its impact on labor markets have become hot-button political issues, with several states and municipalities attempting to pass laws expressly designed to keep Wal-Mart out.

New York Senator, former First Lady, and former Wal-Mart board member Hillary Clinton returned a $5,000 contribution from Wal-Mart's political action committee because she did not approve of the company's practices.[1]

Why the sensation? Why does Wal-Mart matter?

First, Wal-Mart matters for anyone interested in human welfare and the alleviation of poverty. Economists have identified a large "Wal-Mart effect" on food prices. Recently, economists Jerry Hausman and Ephraim Leibtag have argued that consumer benefits from Wal-Mart entry are "substantial, both in terms of food expenditure and in terms of overall consumer expenditure."

Their study finds that "low income households benefit the most."[2]  In another study, they argue that the Bureau of Labor Statistics overstates inflation by failing to account for Wal-Mart's substantial impact on grocery prices.[3]  A study by the McKinsey Global Institute found that Wal-Mart accounted for a disproportionate share of US productivity growth in the 1990s.[4]

In light of recent attention paid to microfinance as a poverty-alleviation measure, New York Times columnist John Tierney has argued that Wal-Mart may deserve a Nobel.[6]  Muhammad Yunus and the Grameen Bank won the Nobel Peace Prize for their focus on poverty, but as Tierney points out, Wal-Mart's impact on global poverty has been much larger.

Writing on TCSDaily.com, Michael Strong notes that one of the most important effects Wal-Mart and other multinational corporations have on the welfare of the world's poor is that they provide the poor with access to markets in developed countries. Microfinance may or may not have helped to reduce global poverty, but the positive record of trade with rich countries is unquestionable.

As Strong writes, "(p)oor, rural micro-entrepreneurs selling eggs to other poor rural peasants simply do not have access to the vast pipeline of wealth from the developed world." Wal-Mart has lifted many out of poverty by providing "access to the vast pipeline."Strong quotes economist and columnist Paul Krugman, who, in a 1997 article sub-headed "bad jobs at bad wages are better than no jobs at all," described the entrepreneurial process and its impact on the world's poor. Seeking only profit, "soulless multinationals and rapacious local entrepreneurs" are able to "take advantage of the profit opportunities offered by cheap labor." Is the process esthetically pleasing? For many, it is not. Krugman continues:

It is not an edifying spectacle; but no matter how base the motives of those involved, the result has been to move hundreds of millions of people from abject poverty to something still awful but nonetheless significantly better.[7]

Labor conditions in the developing world may be offensive to the refined sensibilities of some western observers, but "bad jobs at bad wages" are preferable to the relevant alternatives.Benefits accrue to American consumers in the form of lower prices.

In the United States, Wal-Mart's impact on food prices has been orders of magnitude greater than what the federal government spends on food stamps. Production for the markets opened by Wal-Mart has led a great many people to the road out of poverty in countries like China.Unfortunately, the story doesn't end there. The ways a company (or an individual) can get rich include the following methods:

For the most part, Wal-Mart earns its profits by method #1: the company produces products people want to buy at extremely low prices. It is better able to serve consumers — paraphrasing Ludwig von Mises, Wal-Mart is better able to anticipate consumer wants and adjust their production decisions to those wants than any of their competitors.

The company's ability to move goods from one place to another at low cost is unparalleled, and this has led to tangible, incremental, but sometimes imperceptible improvements in consumer well-being. Savings of a few cents here and a few dollars there may be so small as to be unnoticeable at the cash register, but these savings accumulate, amount to substantial sums over time, and contribute to what economist Don Boudreaux calls "the prosperity pool."

In addition to their impact in terms of global poverty alleviation, Wal-Mart earned high marks from observers for its nimble response to Hurricane Katrina, especially in contrast to a government effort that has been lambasted by news reporters and commentators.

The company was perhaps the most effective "first responder" to Hurricane Katrina; as one official remarked in a Washington Post article, Wal-Mart was "ready before FEMA was."[8]  Recently, however, Wal-Mart has attempted to earn money through methods #2 and #3. The company's post-hurricane magnanimity notwithstanding, Wal-Mart has attracted criticism from free-market advocates in recent years because of its recent turn toward political rather than economic competition.

Wal-Mart has gotten subsidies from local governments in the form of tax abatements, tax increment financing, tax-financed infrastructure improvements, and the use of eminent domain. These practices provide Wal-Mart with an advantage over smaller firms that do not have access to the "political means" to wealth.[9]

First, Wal-Mart wages are well above the federal minimum, but an increase in the minimum wage would reduce potential competition. This would make it effectively illegal for some people to compete with Wal-Mart.

Second, an increase in the minimum wage would benefit some low-income workers and hurt others; regardless, it might increase demand for Wal-Mart's goods.[10]

On net, should Wal-Mart be commended or condemned? I for one have written in defense of Wal-Mart, and while its managers certainly may not have the impeccable credentials that one might expect of certified Randian heroes, the popular debate over Wal-Mart is not, for the most part, a debate over the political economy of the minimum wage or the economics of eminent domain.

Rather, the popular debate over Wal-Mart is an important part of a broader debate between freedom and interventionism. Those who vilify Wal-Mart do so not for Wal-Mart's political failings but for Wal-Mart's economic successes. The company's critics are making inroads, but the anti-Wal-Mart campaign is a campaign to strangle a goose that has laid a disproportionate share of golden eggs.

[3]  Hausman and Leibtag, "CPI Bias." On their weblog, Don Boudreaux and Russ Roberts link to arguments that the Consumer Price Index substantially overstates inflation (Boudreaux, "Does the CPI Overstate Inflation?"). In a 1998 online article, New York University economist Nouriel Roubini offers a summary of the debate about measured changes in standards of living, including summaries and critiques of the Boskin Commission report that the CPI overstates inflation by 1?2% annually (Roubini, "Output and Inflation").

[7]  Strong, "Forget the World Bank" and Krugman, "In Praise of Cheap Labor."

[9]  The difference between "economic means" and "political means" to wealth is outlined by Oppenheimer (The State). Oppenheimer defines the "economic means" as "one's own labor and the equivalent exchange of one's own labor for the labor of others" and the "political means" as "the unrequited appropriation of the labor of others."

[10]  Galles ("Wal-Mart") has criticized Wal-Mart on precisely this point. Empirical findings on the minimum wage are summarized in Neumark ("Economic Effects").

Roubini, Nouriel. 1998. "Output and Inflation: Are We Mismeasuring Them?" Available online. (Accessed November 2, 2006.)