The Why of Homeschool 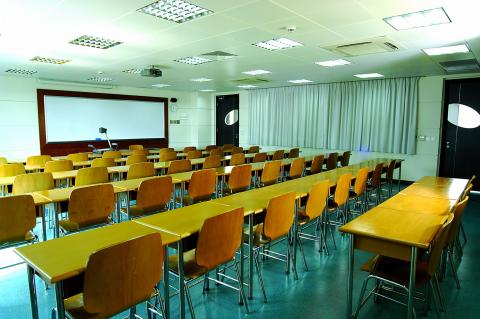 It was only a matter of time before Hollywood "discovered" homeschoolers.

Ponder the promo from The O'Keefes, a sitcom, which will premiere this summer on the Warner Brothers network.

"Harry and Ellie O'Keefe are loving but eccentric parents who've homeschooled their three children to protect them from the loud and libidinal world." (Translation: The parents are losers.)

"Despite a ban on all things pop culture, teenagers Danny and Lauren and younger brother Mark are growing increasingly curious about what lies beyond the walls of their school/dining room." (Translation: The children are kept under house arrest.)

"They can speak six languages, but are unable to converse with kids their own age. The answer lies in their father's worst nightmare—public school." (Translation: Kids who don't attend government schools become misfits.)

It's infuriating, but not surprising, that homeschoolers—the largest group in the so-called school choice movement—still elicit scorn. The National Education Association, for instance, regularly passes an anti-homeschooling resolution at its annual convention. The resolution states that homeschooling "cannot provide the student with a comprehensive education experience." Now it's apparently Tinseltown's turn to bash the estimated 1.5 million homeschooled children in the United States.

Even in a nation that applauds innovation and liberty, the act of homeschooling continues to raise many uncomfortable, but important, questions about government regulation of private choices. What follows are the seven most frequently asked questions about home education. Hopefully, the answers will explain the benefits of this educational endeavor and dispel common misperceptions.

Homeschooling is simply the education of school-aged children at home rather than at a school. Why do people choose this option? In 1996, the Florida Department of Education surveyed 2,245 homeschoolers, and 31 percent of that number returned the survey. Of that group, 42 percent said that dissatisfaction with the public school environment (safety, drugs, adverse peer pressure) was their reason for launching a home-education program.

Focusing on homeschooling and the media, my own doctoral dissertation analysis of over 300 newspaper and magazine articles revealed that the top four reasons to bypass conventional schooling were dissatisfaction with the public schools, the desire to freely impart religious values, academic excellence, and the building of stronger family bonds.

What Types of Families Choose Homeschooling?

The Associated Press reported the findings of a U.S. Department of Education report about the "average" homeschooler in 2001. The AP story noted, "They are more likely than other students to live with two or more siblings in a two-parent family, with one parent working outside the home. Parents of homeschoolers are, on average, better educated than other parents—a greater percentage have college degrees—though their incomes are about the same. Like most parents, the vast majority of those who homeschool their children earn less than $50,000, and many earn less than $25,000."

Given many Americans' penchant for associations, there are national homeschooling groups for the disabled, the religious, and the athletically-minded. Johnson Obamehinti, for instance, founded the Minority Homeschoolers of Texas. His organization promotes home education among ethnic minorities, such as African-Americans, Asians, Hispanics, Jews, Native Americans, and Anglos with adopted minority children.

Homeschooling has also attracted the "high-profiled" to its ranks, such as Jason Taylor, who plays in the National Football League, and LeAnn Rimes, the country music sensation.

Are There Different Methods of Homeschooling?

Families may choose to purchase a prepackaged curriculum from companies that specifically target homeschoolers, such as A Beka Home School or Saxon Publishers. Others may choose to enroll their children in correspondence programs, like the Calvert School of Maryland, the Christian Liberty Academy Satellite Schools of Illinois, or the Clonlara School of Michigan. Cyber schools, like K-12 Inc., offer an online curriculum for homeschoolers.

As families gain confidence in their homeschooling abilities, they may opt for a less structured approach. Tutors may be sought to teach particular skills, such as a foreign language, a musical instrument, or a high-school science class. Homeschooled children also participate in field trips and learning co-ops with other homeschooled students or even take courses at a day school or local college.

How Do Homeschooled Children Interact With Others?

This question stems from a caricature of kids isolated and holed up in a house. Defining socialization is an arbitrary exercise. The burden, however, still seems to fall upon the parents of the homeschooled to make their case. To that end, one study debunked the myth that homeschoolers are undersocialized.

In 1992, Larry Shyers of the University of Florida defended a doctoral dissertation in which he challenged the notion that youngsters at home "lag" in social development. In his study, 8- to 10-year-old children were videotaped at play. Their behavior was observed by trained counselors who did not know which children attended conventional schools and which were homeschooled. The study found no significant difference between the two groups of children in self-concept or assertiveness, which was measured by social development tests. But the videotapes showed that youngsters taught at home by their parents had fewer behavior problems.

Typically, home schoolers engage in a variety of activities outside the home—athletics (homeschool sports teams are plentiful), scouting programs, church, community service, or part-time employment. Richard G. Medlin of Stetson University notes that homeschoolers rely heavily on support groups as a a means of maintaining contact with like-minded families.

The National Homeschool Association has noted that "homeschooling is legally permitted in all fifty states, but laws and regulations are much more favorable in some states than others." For example, Oklahoma is considered friendly toward homeschooling in that parents are not required to initiate contact with state authorities to begin teaching their children at home. The Commonwealth of Massachusetts, however, is heavily regulated (approval of curriculum, submission of students' work, etc.). Seasoned veterans encourage homeschooling parents to become familiar with their state's laws before creating a homeschool.

The favorable legal climate does not mean that skirmishes don't occur. Dean Tong, author of Elusive Innocence: Survival Guide for the Falsely Accused (2002), says that a smattering of homeschoolers have had to fight false charges of child abuse.

"Based on the phone consultations I've had with (these) homeschoolers, most have been charged in Juvenile-Dependency court with neglect, failure to protect, emotional and psychological abuse, and failure to thrive," reports Tong. Relative to homeschoolers, he says that these unfounded charges are usually made by nosy neighbors who believe children should receive a more formal classroom education.

How Does the Education a Homeschooled Child Receives Compare with That of Conventionally Schooled Children?

One measure is how well they perform on standardized tests, like the Stanford Achievement Test or the Iowa Test of Basic Skills. The National Home Education Research Institute notes, "Repeatedly, across the nation, the home educated score as well as or better than those in conventional schools."

Homeschoolers have graduated from such prestigious institutions as Yale University Law School, the United States Naval Academy, and Mount Holyoke College. Barnaby Marsh, who was homeschooled in the Alaskan wilderness, went on to graduate from Cornell University and was one of 32 Rhodes Scholars selected in 1996.

What Type of Young Adults Does Homeschooling Produce?

J. Gary Knowles of the University of Michigan studied 53 adults to see the long-term effects of being educated at home. In 1991, he presented a paper of his findings at the Annual Meeting of the American Educational Research Association in Chicago. Notes Knowles: "I have found no evidence that these adults were even moderately disadvantaged. . . . Two thirds of them were married, the norm for adults their age, and none were unemployed or any on any form of welfare assistance. More than three quarters felt that being taught at home had actually helped them to interact with people from different levels of society

Small business owner Tim Martin, 29, and his wife, Amy, 28, live in Whitehall, Montana with their four children. Both the Martins have a homeschooling background and are now teaching their brood at home. "Education just works better one-on-one," says Tim. "Why do we think the 'right' way to do education is to put 20 or 30 children in a classroom with one teacher. That model is more fit for manufacturing than education."

No kidding. By using their liberties wisely, homeschooling parents have graduated scores upon scores of literate, well-adjusted students with minimal government interference and at a fraction of the cost of any government program. Now a second generation is following in those footsteps.  It's the kind of story worthy of thoughtful documentary, not a silly sitcom.