Why Estonia Is Beating the Eurozone 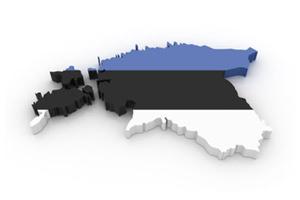 Against the background of a severe economic crisis in the eurozone, one is surprised to find a member of the euro area that is actually showing good economic performance. This member is Estonia. In terms of so-called real gross domestic product (GDP) the average yearly rate of growth in Estonia stood at 8.4 percent in 2011 against overall eurozone performance of 1.5 percent. So far in 2012 the average yearly growth stood at 2.8 percent in Estonia versus -0.2 percent in the eurozone.

A severe cleansing, i.e., the removal of various nonproductive activities is a key factor behind the success story of Estonia. Between Q3 2009 and Q1 2011 the average yearly rate of growth of government outlays stood at -7.4 percent. In short government outlays were cut sharply. Note that this purged various false activities that emerged on the back of previous loose government spending. Additionally, Estonia's government debt as a percentage of GDP is only 6 percent versus Germany's 81 percent and Greece's 165 percent. 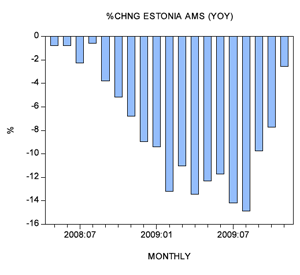 Rather than persisting with the cleansing process, the government and the central bank have chosen to reverse the stance, thereby arresting the process of healing the economy. Temporarily the reversal of the stance is probably going to "work." It will give rise to new bubble activities and will strengthen the old bubble activities. In terms of real GDP, it is quite likely that we are going to see a visible strengthening ahead in its growth momentum. At some stage, however, the weakening of wealth generators is going to be felt and the Estonian economy is going to suffer because of the reversal in its fiscal and monetary stance. 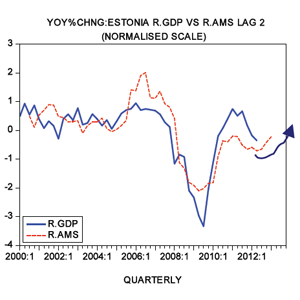 The Estonian case shows that a policy that removes bubble activities lays the foundation for healthy economic growth.

Any attempt to alter tighter fiscal and monetary policies brings back false, nonproductive activities and leads to an economic impoverishment.

It is not possible to generate something out of nothing.

Any attempt to do so results in an economic disaster.