Why the Cost of Government Is Higher Than You Think 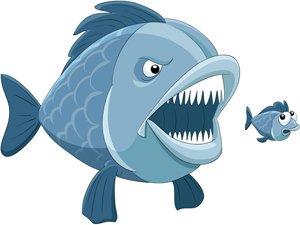 “Look what I did for you!” When our children were small, my wife and I got many gifts from them accompanied with those words (including most of our refrigerator art and many things that still adorn our Christmas trees), in search of approval and encouragement.

While that process was an endearing part of parenting, I have been struck by a far less endearing parallel to public servants. In a similar way, they are always rolling out some new plan or program “for you,” in search of accolades and votes. However, unlike our children, what they claim to have created is frequently misleading to the point of rank dishonesty, because they present the benefits of their panaceas as far greater than they really are and the costs as far less than they really are. And a substantial part of that political overselling involves overlooked crowding-out effects.

The most common examples of politically ignored crowding-out effects are from government fiscal stimulus to “cure” recessions. Such stimulus must be paid for. If financed with current taxation, reduced take-home incomes of those forced to bear the burdens will crowd out some of their spending. If the stimulus is financed by borrowing, savings and investment dollars that would have gone to finance private-sector debt (for factories and other enterprises) will be crowded out by government debt instead. Current borrowing will also require higher taxes in the future to pay off or continue to finance the debt. These future taxes then crowd out future spending and savings.

Unfortunately, macroeconomic malpractice in search of credit where credit is not due does not exhaust the cornucopia of ways the government overstates
the benefits and understate the costs of intervention in the economy.

What is not saved or what is not spent in the future, thanks to intervention, is never mentioned. A good example of this is the government “solution” to Americans’ savings “crisis,” including Social Security, in which forced “savings” are extracted by government from current workers and handed over to retired workers.

Social Security’s vastly under-funded promises of retirement benefits has crowded out (i.e., replaced) funds they would have saved. Those savings would have financed investment, increasing future output, and income-increasing tools — from hammers to factories — for future production. But thanks to government intervention, that investment never takes place.

Crowding-out effects taint all income-transfer programs, including food stamps, lottery funds for education, and humanitarian foreign aid, among other programs. In each case, aid crowds out private spending, savings, and investment that would have taken place, and could have been directed to job creation and capital accumulation that would have benefited all levels of society. Instead, such programs divert resources to government administration and to recipients chosen arbitrarily through the political process.

Crowding-out effects are also created whenever government takes over any function previously left to voluntary actions. As the history of voluntary charitable groups illustrate, public welfare programs crowd out private charity, private insurance arrangements, family support systems and more by diverting capital and income away from these programs and into government programs. The effect is to make all of these enterprises less economically viable. And having crowded out these voluntary efforts (and taken its cut to pay government salaries and government administration costs), government promoters then falsely claim such interventions solve “market failures” that are, in fact, governmentally induced.

Moreover, every tax introduces a wedge between what a buyer pays and what a seller keeps, crowding out exchanges that would have benefited both (e.g., trading something whose cost to you was $20, but worth $25 to me, creates $5 of wealth. However, a $6 tax would eliminate the trade and the wealth it would have created.) The burden of regulatory costs, on top of taxes, similarly crowd out production and wealth.

Minimum wages crowd out on-the-job training (which would have increased workers’ skills and future prospects). Rent controls and burdensome housing regulations crowd out rental housing by reducing property owners’ incentives to build and maintain it. Means-tested welfare benefits crowd out work, by increasing effective income tax rates, via benefit reductions as incomes rise. Unemployment benefits crowd out re-employment by decreasing the cost of remaining unemployed (whether the worker is really searching for work or not).

In all of these cases, crowding-out effects are overlooked in order to exaggerate the net benefits of government programs. In other words, the promotion of strategic ignorance — overselling benefits and hiding costs — means that what citizens are led to see is far better than what they actually get. And what has society gotten from our cornucopia of crowding-out policies? Reduced freedom, less responsibility independence, frugality, fairness, voluntary arrangements, character development, family ties, and more. We have gotten a demonstration of Dennis Prager’s crowding-out adage: “The bigger the government, the smaller the citizen.”