GET NEWS AND ARTICLES IN YOUR INBOXPrint
A
A
Home | Mises Library | Who Were the Cameralists? 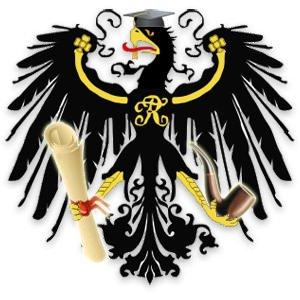 [An Austrian Perspective on the History of Economic Thought (1995)]

In contrast to Great Britain, the German-speaking countries were predictably highly resistant to the spread of Smithian views. They had been ruled, ever since the late 16th century, by cameralism. Cameralists, named after the German royal treasure chamber, the Kammer, propounded an extreme form of mercantilism, concentrating even more than their confreres in the West on building up state power, and subordinating all parts of the economy and polity to the state and its bureaucracy. Whereas mercantilist writers were generally pamphleteers scrambling for some particular form of state advantage, the cameralists were either bureaucrats in one of the 360 tyrannical German states, or else university professors advising the princes and their bureaucracy how best to maximize their revenue and power. As Albion Small put it: to the cameralists

As professors, the cameralists wrote lengthy tomes cataloging various parts of the economy and the plans the government should make for each of these parts. The cameralists lauded virtually all forms of government intervention, sometimes to the point of a collectivist welfare-warfare state. They could scarcely be called "economists," since they had no notion of regular economic law that could reach beyond or nullify the plans of state power.

The first major cameralist was Georg von Obrecht (1547–1612), son of the mayor of Strasbourg, who went on to be a famous professor of law at the university in that town. His lectures were published posthumously (1617) by his son. In the next generation, one important cameralist was Christoph Besold (1577–1638), born in Tubingen, and later a highly influential law professor at the University of Tubingen. Besold wrote over 90 books, all in Latin, of which the Synopsis politicae doctrinae (1623) was the most relevant to economics. Another influential cameralist of the early 17th century was Jakob Bornitz (1570–1630), a Saxon who was the first systematizer of fiscal policy, and who urged close supervision of industry by the state. Another contemporary who, however, wrote later, in the middle of the 17th century, was Kasper Klock (1584–1655), who studied law at Marburg and Cologne and later became a bureaucrat in Bremen, Minden, and finally in Stolberg. In 1651, Klock published the most famous cameralist work to that date, the Tractus juridico-politico-polemico-historicus de aerario.

The most towering figure of German cameralism came shortly thereafter. Veit Ludwig von Seckendorf (1626–92), who has been called the father of cameralism, was born in Erlangen, and educated in the University of Strasbourg. He went on to become a top bureaucrat for several German states beginning with Gotha, during which he wrote Der Teutscher Furstenstaat (1656). This book, a sophisticated apologia for the German absolutism of the day, went through eight editions, and continued to be read in German universities for over a century. Seckendorf ended his days as chancellor at the University of Halle.

During the late 17th century, cameralism took firm hold in Austria. Johann Joachim Becher (1635–82), born in Speyer and alchemist and court physician at Mainz, soon became economic adviser to Emperor Leopold I of Austria, and manager of various state-owned enterprises. Becher, who strongly influenced Austrian economic policy, called for state-regulated trading companies for foreign trade, and a state board of commerce to supervise all domestic economic affairs. A pre-Keynesian, he was deeply impressed by the "income-flow" insight that one man's expenditure is by definition another man's income, and he called for inflationary measures to stimulate consumer demand. His well-known work was Politischer Discurs (1668). Schumpeter described Becher as "brimming over with plans and projects," but some of these plans did not pan out, as Becher ended up fleeing from the wrath of his creditors. Apparently, his own "consumer demand" had been stimulated to excess.2

Becher's brother-in-law, Philipp Wilhelm von Hornigk (1638–1712), was another Mainzer who became influential in Austria. He studied at Ingolstadt, practiced law in Vienna, and then entered the government, his Austrian chauvinist tract, Österreich über Alles, wann es nur will (Austria Over All, If She Only Will) (1684) proving highly popular. Von Hornigk's central theme was the importance of making Austria self-sufficient, cut off from all trade.

A third contemporary German cameralist in Austria was Wilhelm Freiherr von Schroder (1640–88). Born in Konigsberg and a student of law at the University of Jena, Schroder also became influential as an adviser to Emperor Leopold I of Austria. Schroder managed a state factory, was court financial councillor in Hungary, and set forth his views in his Fürstliche Schatz und Rentkammer (1686). Schroder was an extreme advocate of the divine right of princes. His cameralism emphasized the importance of speeding the circulation of money, and of having a banking system that could expand the supply of notes and deposits.

The system of cameralism was set in concrete in Germany by the mid-18th-century work of Johann Heinrich Gottlieb von Justi (1717–71). Justi was a Thuringian who studied law at several universities, and then taught at Vienna and at the University of Gottingen. He then went to Prussia to become director of mines, superintendent of factories, and finally administrator of mines in Berlin.

Justi's work was the culmination of cameralism, including and incorporating all its past tendencies, and emphasizing the importance of comprehensive planning for a welfare state. Characteristically, Justi emphasized the vital importance of "freedom," but freedom turned out to be merely the opportunity to obey the edicts of the bureaucracy. Justi also stressed the alleged "alienation" of the worker in a system of factories and an advanced division of labor. Among his numerous works, the most important were Staatswirthschaft (1755), the System des Finanzwesens (1766), and his two-volume Die Grundfeste zu der Macht und Glückseeligkeit der Staaten (The Groundwork of the Power and Welfare of States) (1760–61). Justi, however, came a cropper on his own welfare in the welfare state and over his own unwillingness to obey the laws of the realm. Because of irregularities in his accounts as administrator of the Prussian mines, Justi was thrown into jail, where he died.

The other towering figure of 18th-century German cameralism was a follower of Justi, Baron Joseph von Sonnenfels (1732–1817). Born in Moravia, the son of a rabbi, Sonnenfels emigrated to Vienna where he became the first professor of finance and cameralistics, and became a leading adviser to three successive Austro-Hungarian emperors. An absolutist, mercantilist, and welfare-state proponent, Sonnenfels's views were set forth in his Grundsätze der Polizei, Handlung, und Finanzwissenschaft (1765–67). His book, remarkably enough, remained the official textbook of the Austro-Hungarian monarchy until 1848.