GET NEWS AND ARTICLES IN YOUR INBOXPrint
A
A
Home | Mises Library | When You're Popular, You Don't Need Freedom of Speech

When You're Popular, You Don't Need Freedom of Speech 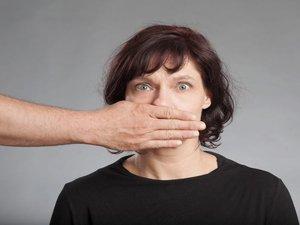 Free speech is not something that people would normally see as a realm of economics, but in many ways, an economic understanding of the support and opposition to free speech can shed a lot of light on what’s happening now in the West.

The first thing that needs to be noted is that the left is winning the culture war. Even though more people identify as “conservative” than “liberal” in the United States, more people now identify as “liberal” than in the past by a substantial margin. Attitudes toward gay marriage shifted extremely quickly toward the left while support for legal abortion stayed mostly steady. And obviously the media, academia, and Hollywood are far to the left as a study by the non-partisan political analytics firm Crowdpac found (and as anyone who watches anything other than Fox News can tell after about five minutes).

Now, some of this is certainly good, such as the shifting views on marijuana legalization. Some is troubling, such as the growing popularity of socialism.

Regardless though, the left, having ascended to cultural dominance, is no longer in need of free speech. After all, no one ever got in trouble for agreeing with the conventional wisdom. As Noam Chomsky said, “Even Goebbels was in favor of free speech he liked.”

On the other hand, the right is behind the eight ball in the culture wars and thereby supports the concept of free speech because they need it lest their very opinions be outlawed. In an economic sense, this could be called the “diminishing marginal utility of free speech.”

The law of diminishing marginal utility states that while keeping consumption of other products constant, there is decline in marginal utility that a person derives from consuming an additional unit of that product. In this case, the product is free speech. New leftists may have proposed unfettered free speech back in the early 1960s, but that was just because the right was the one in power culturally at the time. Free speech had a high utility to the left at the time and low utility to the right.

Now the situation has reversed. The right is at the disadvantage so it appeals to free speech. The left is ahead and no longer needs free speech, so it has discarded it.

If that statement sounds hyperbolic, just think of all of the campus speech codes and the ever expanding list of mostly trivial microagressions that can be taken for “hate speech.”  Here is just a small sampling of examples to illustrate how absurd this has become:

Indeed, the list goes on endlessly, and is perhaps best summed up by the almost unconscionable lack of self-awareness required by University of Manchester feminists who recently censored the anti-feminist columnist Milo Yiannopoulos from participating in a debate on — you guessed it — censorship.

Of course much of this is just social pressure or the decisions of private institutions, which is permissible (albeit not condoned) under a libertarian framework. But much of it does involve outright government force, or the longing to use it. For example, Adam Weinstein wants to literally “Arrest Climate-Change Deniers.”

Indeed, while many believe that the youth of today are the most politically tolerant in history, they are actually the least. As April Kelly-Woessner notes, “political tolerance is generally defined as the willingness to extend civil liberties and basic democratic rights to members of unpopular groups.” Which groups are unpopular, is not the question being asked.

So, for example, someone who believes that a man should be able to marry his pet goat is not necessarily politically tolerant. What would make him tolerant in this sense is whether he is willing to recognize the rights (particularly regarding speech) of those who disagree with him and his marital proclivities.

In this respect, political tolerance has declined substantially. For the first time since it was measured, the political tolerance of young people has fallen below that of their parents and as Kelly-Woessner again notes, “… is correlated with a ‘social justice’ orientation,” at least for those under forty.

Indeed, the inability to tolerate political views that run counter to one’s own, particularly on the left, has become so ridiculous to be comical. Just take, for example, Judith Shulevtiz’s description of the “safe space” set up at Brown University because of a debate between the feminist Jessica Valentia and Wendy McElroy where McElroy was likely to criticize the term “rape culture.”

The safe space … was intended to give people who might find comments “troubling” or “triggering,” a place to recuperate. The room was equipped with cookies, coloring books, bubbles, Play-Doh, calming music, pillows, blankets and a video of frolicking puppies, as well as students and staff members trained to deal with trauma.

Well, at least they actually let the debate happen.

But the left has not always had a monopoly on anti-free speech thought and legislation. Nor does the right seem to be opposed to it when it can push such things through today. Helen Thomas was fired from the White House Press Corps for saying “The Jews should get the Hell out of Palestine.” Shirley Sherrod was fired for allegedly anti-white statements, a Kansas woman was fired for a fifty-word Facebook post that was considered anti-American-soldier, and the right went into a fervor over Jeremy Wright’s “chickens coming home to roost” comment.

Whereas liberals want to ban words such as “slut” and, at least in Sheryl Sandberg’s case, “bossy” too, conservatives used to all but ban those “seven words you couldn’t say.”

When the right had more cultural authority, alleged communists were being dragged in front of the House Committee on Un-American Activities, Civil Rights activists were harassed, and the Motion Picture Production Code banned Hollywood directors from showing things such as miscegenation.

But that was then and this is now. As the pendulum of cultural prominence swung from one side to the other, the left and right swapped their support for free speech.

Nevertheless, I don’t want to draw a false equivalence here and say the right would be just as bad as the left if they were winning the culture wars. Much of the ideology on the left, at least the far left, is derived from the likes of Herbert Marcuse and other cultural Marxists who explicitly wanted to limit the free speech of “oppressor classes.”

Discerning what exactly free speech is can sometimes be challenging, as in cases of libel, slander, and direct threats. But these are really not the issues at heart here. The vast majority of speech being “regulated” today is simply that of an unpopular opinion. Yes, many ideas are bad. And they should be refuted. Moreover, resorting to the use of political force to silence adversaries is a sign of the weakness of one’s own position. But, in using force to silence others, anti-speech crusaders are making another argument. They’re arguing that political force can and should be used to silence people we don’t like. What idea could be worse than that?