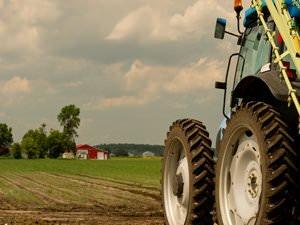 Recently, a corn ethanol plant in Nebraska that switched to using cheaper sugar to produce biofuel was sued by local corn farmers. The dispute allows a glimpse into the clashing worlds of subsidized agriculture, and highlights what happens when people make market-oriented decisions within the tangled framework of the state-directed economy.

Corn and sugar are two of the most important agricultural commodities in the world, and have been produced by humans for thousands of years. The US corn belt is where approximately 40 percent of the world’s corn crop is grown, while sugar is produced in other countries (the US is a sugar importer). Global corn ending stocks, which are the amount of supply on hand to meet demand, fluctuate over time. As a result, this and other factors cause the price of corn to rise and fall to reflect these market conditions.

When corn is plentiful, and prices are low, it makes economic sense to use it for other products, such as producing the sweetenerhigh fructose corn syrup, and the biofuel ethanol. When corn prices increase, from expanded global demand as a food product, or as livestock feed in response to high demand for meat, or from one of the periods of low ending stocks, the production of ethanol or corn syrup cannot be justified economically.

Enter the government. As has been described here before, this relationship between corn and sugar has been exploited by the US government for some time. In order to artificially elevate the price of sugar in the US, a tariff on cheap foreign sugar has been imposed since the 1980s. This makes using corn-based sweetener more attractive. In addition, the USDA protects domestic sugar producers by guaranteeing minimum prices for sugar loans, and by buying sugar for auction, to be used for non-food purposes, when the sugar price falls below these minimums.

Setting the stage for the current battle, recently the US government, through the Feedstock Flexibility Program , has been allowing ethanol plants (including the one in Nebraska in question here) to purchase cheap sugar from government auctions (remember the protections given to domestic sugar producers) to make ethanol from sugar (because the price of corn was relatively high). Thus, a lawsuit filed by the Nebraska farmer’s co-op that had been supplying the corn states that the ethanol plant violated its obligations by using the rail line (owned by the co-op) to haul sugar, and by not buying corn to make the ethanol.

The truly strange part in this emerging battle is that, while the current claims made by the corn farmer’s co-op against the ethanol plant may indeed demonstrate breach of contract, the entire underlying framework that established everything here is only possible due to the state-supported nature of the marketplace. This dispute would not have happened in a free market.

And the key here is that state-intervention caused a dispute. If the government had not bought up cheap US sugar, propped up the US corn ethanol industry, and then allowed ethanol plants to purchase that artificially cheap sugar from the government to restart idled processing lines, this lawsuit on behalf of the “damaged” corn producers would have never happened.

In a free-market setting, inexpensive sugar from countries outside the US would flood the market for use in food products, and some of it would likely be used to produce fuel ethanol. More of the plants might be located near ports (not Nebraska) to minimize transporting sugar around the country. More corn may have then been available for traditional food (not high fructose corn syrup) and livestock feed uses which have been the primary uses for thousands of years. Currently about 30 percent of corn produced in the US is converted into ethanol.

Perhaps the worst part about all of this is that the ethanol plant was simply trying to purchase a cheaper, alternative feedstock to restart the plant. In 2012, the ethanol company did not purchase corn as its price rose, and only operated the plant for two weeks that year. Both of these were logical, market-driven decisions, and they have resulted in legal action against the ethanol company.

While the state supports of industry may have seemed like gifts at the beginning, the distorted framework of the government-directed economy makes everyone worse off. Rather than focusing on producing commodities based on actual market conditions, which come from consumers, companies now are forced to use gimmicks and beg for favors from the government. Consumers are the ultimate losers when this happens.