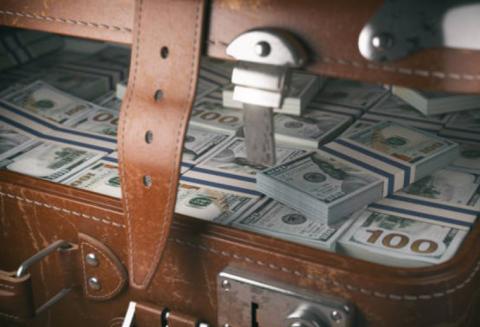 [Why do so many people made rich by the market try so hard to bite the invisible hand that feeds them? In this passage from the The Anti-Capitalistic Mentality (1954), Mises explains the petty jealousies of the anticapitalistic rich.]

On the market not hampered by the interference of external forces, the process which tends to convey control of the factors of production into the hands of the most efficient people never stops. As soon as a man or a firm begins to slacken in endeavors to meet, in the best possible way, the most urgent of the not yet properly satisfied needs of the consumers, dissipation of the wealth accumulated by previous success in such endeavors sets in. Often this dispersion of the fortune starts already in the lifetime of the businessman when his buoyancy, energy, and resourcefulness become weakened by the impact of old age, fatigue, and sickness, and his ability to adjust the conduct of his affairs to the unceasingly changing structure of the market fades away.

More frequently it is the sluggishness of his heirs that fritters away the heritage. If the dull and stolid progeny do not sink back into insignificance and in spite of their incompetence remain moneyed people, they owe their prosperity to institutions and political measures which were dictated by anticapitalistic tendencies. They withdraw from the market where there is no means of preserving acquired wealth other than acquiring it anew each day in tough competition with everybody, with the already existing firms as well as with newcomers "operating on a shoestring." In buying government bonds they flee under the wings of the government which promises to safeguard them against the dangers of the market in which losses are the penalty of inefficiency.

However, there are families in which the eminent capacities required for entrepreneurial success are propagated through several generations. One or two of the sons or grandsons or even great-grandsons equal or excel their forebear. The ancestor's wealth is not dissipated, but grows more and more.

These cases are, of course, not frequent. They attract attention not only on account of their rarity, but also on account of the fact that men who know how to enlarge an inherited business enjoy a double prestige, the esteem shown to their fathers and that shown to themselves. Such "patricians," as they are sometimes called by people who ignore the difference between a status society and the capitalistic society, for the most part combine in their persons breeding, fineness of taste, and gracious manners with the skill and industriousness of a hard-working businessman. And some of them belong to the country's or even the world's richest entrepreneurs.

It is the conditions of these few richest among these so-called patrician families which we must scrutinize in order to explain a phenomenon that plays an important role in modern anticapitalistic propaganda and machinations.

Even in these lucky families, the qualities required for the successful conduct of big business are not inherited by all sons and grandsons. As a rule only one, or at best two, of each generation are endowed with them. Then it is essential for the survival of the family's wealth and business that the conduct of affairs be entrusted to this one or to these two and that the other members be relegated to the position of mere recipients of a quota of the proceeds. The methods chosen for such arrangements vary from country to country, according to the special provisions of the national and local laws. Their effect, however, is always the same. They divide the family into two categories — those who direct the conduct of affairs and those who do not.

"Unfamiliar with the nature of business and the market, they are — with Marx — convinced that capital automatically 'begets profits.' They do not see any reason why those members of the family who are in charge of the conduct of affairs should earn more than they."

The cousins derive their revenues from the firm or corporation. But they are foreign to business life and know nothing about the problems an entrepreneur has to face. They have been brought up in fashionable boarding schools and colleges, whose atmosphere was filled by a haughty contempt for banausic money-making. Some of them pass their time in nightclubs and other places of amusement, bet and gamble, feast and revel, and indulge in expensive debauchery. Others amateurishly busy themselves with painting, writing, or other arts. Thus, most of them are idle and useless people.

It is true that there have been and are exceptions, and that the achievements of these exceptional members of the group of cousins by far outweigh the scandals raised by the provoking behavior of the playboys and spendthrifts. Many of the most eminent authors, scholars, and statesmen were such "gentlemen of no occupation." Free from the necessity of earning a livelihood by a gainful occupation and independent of the favor of those addicted to bigotry, they became pioneers of new ideas. Others, themselves lacking the inspiration, became the Maecenas of artists who, without the financial aid and the applause received, would not have been in a position to accomplish their creative work. The role that moneyed men played in Great Britain's intellectual and political evolution has been stressed by many historians. The milieu in which the authors and artists of 19th-century France lived and found encouragement was le monde, "society."

However, we deal here neither with the sins of the playboys nor with the excellence of other groups of wealthy people. Our theme is the part which a special group of cousins took in the dissemination of doctrines aiming at the destruction of the market economy.

Many cousins believe that they have been wronged by the arrangements regulating their financial relation to the bosses and the family's firm. Whether these arrangements were made by the will of their father or grandfather, or by an agreement which they themselves have signed, they think that they are receiving too little and the bosses too much. Unfamiliar with the nature of business and the market, they are — with Marx — convinced that capital automatically "begets profits." They do not see any reason why those members of the family who are in charge of the conduct of affairs should earn more than they. Too dull to appraise correctly the meaning of balance sheets and profit and loss accounts, they suspect in every act of the bosses a sinister attempt to cheat them and to deprive them of their birthright. They quarrel with them continually.

It is not astonishing that the bosses lose their temper. They are proud of their success in overcoming all the obstacles which governments and labor unions place in the way of big business. They are fully aware of the fact that, but for their efficiency and zeal, the firm would either have long since gone astray or the family would have been forced to sell out. They believe that the cousins should do justice to their merits, and they find their complaints simply impudent and outrageous.

The family feud between the bosses and the cousins concerns only the members of the clan. But it attains general importance when the cousins, in order to annoy the bosses, join the anticapitalistic camp and provide the funds for all kinds of "progressive" ventures. The cousins are enthusiastic in supporting strikes, even strikes in the factories from which their own revenues originate. It is a well-known fact that most of the "progressive" magazines and many "progressive" newspapers entirely depend on the subsidies lavishly granted by them. These cousins endow progressive universities and colleges and institutes for "social research" and sponsor all sorts of communist-party activities. As "parlor socialists" and "penthouse Bolsheviks," they play an important role in the "proletarian army" fighting against the "dismal system of capitalism."