GET NEWS AND ARTICLES IN YOUR INBOXPrint
A
A
Home | Mises Library | What's Wrong with "Contemporary Classical"? 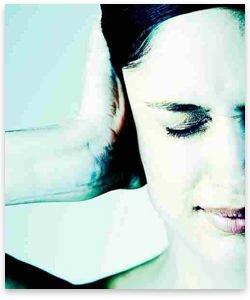 Classical music affords its lovers some of the deepest, most beautiful emotions imaginable. It is, however, extremely baffling to find that within this wonderful realm there is one area that enjoys almost total apathy from virtually all sides, and in some cases even outright dislike. I am referring to contemporary classical music. Indeed, the pieces written by living composers routinely manage the amazing feat of displeasing nearly everyone in the concert hall, starting with the audience of course, but also including the performers.

More often than not the audience doesn't want to hear, and the orchestra doesn't want to play. And if you attended the rehearsals, you would realize that even the conductor is just trying to put things together technically as quickly as possible, because any waste of rehearsal time in the modern work is time taken away from rehearsing the other pieces in the program, the stuff that the audience actually wants to hear, like perhaps a Brahms symphony.

The contemporary pieces are so hard to swallow for everyone that they have now been reduced to a standard length of about ten minutes, which still leaves plenty of room for music that people want to hear in the remainder of the program. Out of experience, no doubt, the organizers have come to the conclusion that ten minutes of abuse is about the maximum an audience will take without much protest. They have also realized that these pieces cannot be placed at the end of the soiree, because no one stays to hear them.

The more civilized programmers place experimental works at the beginning. This makes it possible for the hard-core audience members who really don't want to hear the piece to arrive late, making it what they call "parking music" because it is played while people are still parking their cars. A more unkind approach is to sandwich the new piece between good music at both ends, ensuring that the audience takes its medicine.

How could this be happening? How could these strange distortions take place in the midst of timeless beauty and balance? It is because we have severed the link between market forces and composers. In other words, it is because of subsidies.

Up until around the mid-20th century, composers had to actually please their audiences who bought their works. Even those avant-garde composers who were not able to please the masses had support groups or individual patrons: usually either fellow artists or elites coming from highly cultivated families with a superior sense of understanding. The composers whose music was important to nobody but themselves were weeded out by this process.

Today, it is mostly those composers who know how to play the bureaucratic system who will have their pieces performed; this is a system woven around government grants and the politics of academia. Fortunately the market still recognizes real talent. A good example would be the exceptional composer Philip Glass, who is able to sell his CDs with some of the most prestigious record labels, and whose operas and concerts actually sell tickets. There are some exceptions, but even Philip Glass receives direct or indirect subsidies.

Some of you may have anticipated that the criticism we are voicing could be a taboo of some sort, and in fact it is. "System" composers have managed to turn this into a political-correctness issue, lobbying for outright quotas for their work like those for racial and gender diversity in the workplace regardless of performance.

Unfortunately they have succeeded in many fronts all over the Western world.

For example, here in Canada, symphony orchestras get subsidies that are dependent upon the performance of Canadian contemporary works. There are other subsidies and grants for the commissioning and performance of new works outside the symphonic circle. For these grants, there might be community-based requirements, such as teaching at a local school or targeting a minority group, and, when these goals are properly articulated in a grant application, the funding can be secured regardless of the kind of music composed. Quality is simply not on the agenda, and even if it were, the bureaucrats couldn't possibly mimic the free market if they are spending someone else's money.

To validate their stance, the proponents of the subsidies commonly use the story surrounding the premiere of Igor Stravinsky's masterwork ballet Le sacre du printemps, or, as we know it in English, The Rite of Spring. On the premiere of the Rite, in Paris on May 29, 1913, there was a huge riot in the audience, including fistfights between supporters and opponents of the work. We are told that this story shows how even fabulous new music is often not understood at the time of its writing, and that therefore we have a duty to support living composers: in due time, audiences will learn to enjoy the same works that seem unpalatable today — case closed. And never mind the fact that in the premiere of the Rite, there were enough supporters of the work in the audience to make the fight possible in the first place.

Stravinsky was an all-around musical genius, as pianist, conductor, and most notably as composer. His music pushed all the boundaries and up to this day very few have matched his mastery of dissonance, rhythmic complexity, and overall musical design. His work was, and still is, controversial, but Stravinsky did pass the market test during his lifetime, just as all great composers before him had to. The history of music is filled with composers who were very successful financially during their own lifetimes; these were all good composers, and some of them still enjoy name recognition today, hundreds of years later.

At the time of the Rite's premiere, Stravinsky was working with an impresario by the name of Sergei Diaghilev. As with all impresarios, Diaghilev produced ballets privately, putting his own money and creditworthiness on the line. He loved what he did, he was a highly cultivated man, and he was passionate about his Ballets Russes; but any speculative miscalculation regarding any of his decisions, including the selection of music, would have quickly brought his company under. In fact, Diaghilev always flirted with bankruptcy.

Many might think this is an appalling way to conduct an artistic enterprise, but this is actually how the market provides services at the lowest possible cost, and how ballets and operas were produced for the masses — something we no longer do. This process weeded out inefficient systems, wasteful managers, and bad artists, leaving the best possible art available for the price tag the audiences were willing to pay.

Additionally, upon a closer look at the history surrounding the premiere of the Rite, we find out that the company went on with an additional six performances to finish their scheduled run, all without disturbances. And only one year later, in 1914, a stage performance of the music alone, also in Paris, was so successful that Stravinsky was carried out on the shoulders of a cheering crowd, suggesting that perhaps the provocative choreography rather than the music was responsible for the unrest. Some accounts mention that the riots were so loud in the first performance that the music could barely be heard anyway.

If we love classical music, we must be willing to demand that our say as consumers be respected, for the best music has always been produced with the guidance of the market forces. This explains why you will find better music in a rotten blues bar in the poor old downtown of Cincinnati rather than in a posh, subsidized contemporary-classical-music event.

Let your opinions be known to your symphony orchestra, and oppose well-meaning subsidies that achieve precisely the opposite of their original intent. Don't let them trump your honest dollar with abundant and coercively obtained tax money.