GET NEWS AND ARTICLES IN YOUR INBOXPrint
A
A
Home | Mises Library | What's Cost Got to Do with It?

What's Cost Got to Do with It? 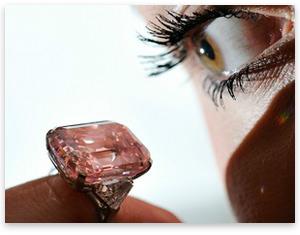 Three weeks ago I read the news that a 24.78 carat "fancy intense pink" diamond sold for $46,158,674 at an auction held by Sotheby's in Geneva, Switzerland. The winning bid for "The Graff Pink," as it was named immediately after its purchase by London jeweler Laurence Graff, was the highest price ever recorded for a jewel at auction and more than double the $24.3 million price paid for the 35.56 carat Wittelsbach blue diamond purchased by Graff in 2008. Nowhere in the article was there any mention of the monetary costs of producing either gem, although I presume that in each case they were a negligible fraction of the diamond's price — if anyone alive today even knows those costs.

Last week I accompanied my wife to Walgreen's to buy lighted outdoor Christmas figures for display in my front yard. A snowman on display in the store caught our eye and we decided to purchase it only to be told by the manager that it was already out of stock. My wife, ever the negotiator, proposed that the manager sell us the figure at a $5 discount from the advertised price of the snowman. He agreed, even though the snowman on display probably cost the store $5 or $10 more to produce than the unavailable packaged item because it involved an additional hour of a stock clerk's labor to remove it from the packaging and assemble it.

Last night I was shopping online for tickets to a New Jersey Nets basketball game as a Christmas gift. The Nets are an NBA franchise in transit from New Jersey to Brooklyn, New York, and their temporary home for the next two years is the Prudential Center in Newark, New Jersey. On December 12, the Nets play the Los Angeles Lakers. Prices for individual tickets in the upper corner sections (the "nosebleed" seats) start at $24, in the lower center at $160, and in the courtside section frequented by celebrities at $400. Two days later, the Nets take on the Philadelphia 76ers: starting prices for tickets in exactly the same sections are $1.00, $29, and $150, respectively. So the price differential between the same seats at the Lakers' and 76ers' games ranges from two-and-a-half times higher for the priciest seats to 24 times higher for the cheapest seats. Presumably the average money cost of producing a basketball game for an individual occupying the same seat is identical for both games and does not differ much for individuals occupying different seats at the same game.

Now despite countless instances like these that we all regularly encounter in our market activities, most people still take for granted the view that costs of production basically determine prices. Furthermore, they believe that if prices greatly exceed costs, it is the result of price gouging, monopoly, or some other nefarious scheme on the part of producers. But as Carl Menger, the founder of the Austrian School of economics, brilliantly explained nearly 140 years ago, past expenses incurred during the production of a good are completely irrelevant to the determination of the current price of a good. For Menger, the market price of a good is determined solely by the relative valuations of goods and money by the buyers and sellers of the good, in conjunction with the number of units of the good currently in existence. The records and memories of how much money was spent to enlist the labor and other resources needed to produce the good have absolutely no effect on how much money people are currently willing to exchange for a unit of the good.

But Menger went even further and demonstrated that the (anticipated) selling prices of goods actually determine the costs of production for a good. Using the example of tobacco, Menger argued that if people completely lost their desire for consuming tobacco, not only would the prices of cigarettes, cigars, and pipes fall to zero, but raw tobacco and the machines specifically designed to produce these items would cease to command a price greater than zero, no matter how much it cost to produce them.

For Menger and modern Austrians, then, the ultimate source of value is the ceaseless efforts of individual human beings to use their scarce resources and money to improve their well-being by interacting with one another on the market to achieve their most cherished goals and desires while renouncing less-important desires and satisfactions. The actual market prices and costs of production we observe are simply the objective manifestation of this war of scarcity in the human soul. It is the current or future goods we have to sacrifice and the opportunities for satisfaction that we have to renounce that are the only relevant "opportunity costs" of the things that we purchase. These subjective and immediate experiences of renunciation and sacrifice — and not some recorded sum of money that one guy paid another guy to perform a production task last month or last year — these are the costs that will influence our decisions about what to buy and what not to buy and, thereby, determine the prices we pay during this Christmas shopping season.

Modern mainstream economists portray the Mengerian-Austrian theory of price as "extreme" and "one-sided," supposedly over-emphasizing subjective value while ignoring money costs of production. But it is precisely the one-sidedness of Austrian theory that makes sense of our market experiences. The higher cost "display" snowman sells for a lower price than the packaged snowman because most consumers view the former as a less-valuable "used" item. They do not care about the stock clerk's past exertions or wages. The Graff Pink commanded such a high price at auction because it is so scarce in relation to the number of people who want to possess it and the intensity of their desires for it relative to money and other things. Even if the production costs of the diamond were the same, the sudden discovery of 10,000 diamonds identical to the Graff Pink would drive its price down far below the recorded auction price. And I need not belabor the point that the price differential of up to 2,300 percent for the same seat in the same arena two days apart exists because, for most basketball fans, the experience of watching the talent-laden Lakers with their coaching icon and glorious tradition shred the dreadful and itinerant Nets is vastly preferable to witnessing a dreary contest between the Nets and the equally woeful 76ers.

The laws of value and price discovered by Carl Menger are universal and immutable. They are true and apply everywhere and at all times, so long as human beings consciously seek to improve their well-being by using their scarce time, energy, money, and material resources to attain their most important goals.

Now, let me go back online and check if the price of those unsold Nets-76ers tickets has plunged below a dollar yet.