GET NEWS AND ARTICLES IN YOUR INBOXPrint
A
A
Home | Mises Library | What's Behind the Financial Market Crisis?

What's Behind the Financial Market Crisis? 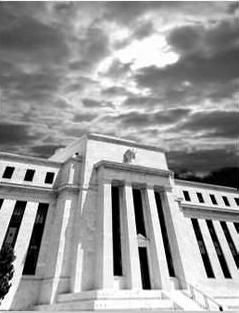 The financial crisis is not over. Neither tax rebates nor low interest rates nor higher or lower exchange rates can do the job of reviving an economy that is burdened by debt loads that are too high. On the contrary: the policy measures that the US authorities have been applying will prolong the agony. Be prepared for the challenges of extended financial turmoil and economic stagnation.

Early this year, the US central bank decided to manage the debt crisis in the light-hearted belief that a few aggressive rate cuts would "unfreeze" the banking system. Yet as of the end of the third quarter of 2008, the arteries of the financial system are still cluttered, and the financial system has moved even closer to total collapse.

Those banks and brokerages that haven't yet failed have been kept alive by emergency monetary transfusions from the US central bank. The Fed has cast away all restraints of economic rationality and is acting in a purely political way. The Board of Governors of the US Federal Reserve System is pursuing the goal of getting the financial system through the mess — at least until the end of the year, no matter how high the costs will be thereafter.

The American central bank has adopted the financial equivalent of the military strategy of scorched earth. The economic philosophy of the current chairman of the US Federal Reserve System can be summarized in the slogan, "No depression under my rule!" He resembles a military leader who stubbornly declares, "No defeat under my rule!" the more the chance of victory is slipping away, and defeat can be denied no longer.

The current economic disaster is the result of the combination of negligence, hubris, and wrong economic theory. For decades, an economic and monetary policy has been practiced based on the illusion of, "It doesn't matter." At first it was, "Deficits don't matter." From that, the policy of "it doesn't matter" got extended to money creation, the credit expansion, the stock-market bubble, and the housing boom. Now, we're being told that buying financial junk by the central bank to beef up banks and brokerages also doesn't matter.

As a byproduct of this mindless economic and monetary policy, financial market operators, too, have lost their heads. Trusting the official cheerleaders, investors hold on in the trenches until they will have lost their last shirt. Economic weakness is spreading around the globe. There is no new spurt of economic growth in sight. Yet many investors stay put because they have been conditioned to believe that government will bail them out.

The current financial crisis is not of a cyclical nature. The financial turmoil is the symptom of the structural imbalances in the real economy. Over decades, expansive monetary policy has gone hand in hand with implicit and explicit bailout guarantees, and this has distorted the process of capital allocation. Under such perverted conditions, those investors will win most who cast away the restraints of prudence. It is a game that can go on for a long time — up to the point when the irrationality has become systemic.

The behavior of the investment community reflects the incentive structure that has been put in place by the authorities. Investors have learnt to dance to the tunes of the pied pipers at high places. After all, the individual market player could see from those who were ahead of him in the abandonment of prudence how money is being made. In the wake of this, financial companies have become overextended and are now in need of deleveraging. Yet the core problem lies in the imbalances of the real economy.

In the Austrian theory of the business cycle, the distinction is made between the "primary" and "secondary" depression. The secondary depression is what catches the eye: the turmoil in the financial markets. Yet the underlying cause is the distortion of the economy's capital structure: the primary depression.

The simple fact is that the US economy is burdened with a highly lopsided capital structure as the consequence of a wide discrepancy between consumption and production, which, in turn, is the result of monetary policy. Persistent trade imbalances are the symptoms of this discrepancy. This means for the US economy that lower interest rates and government incentives aimed at boosting consumption work as pure poison. Instead of more consumption, more savings, less consumption and fewer imports are needed.

The current financial crisis reflects that many debtors have reached their debt limit and that creditors are lowering that limit. From now on, business and consumers, governments and investors must work under the restraints of lowered debt ceilings.

Economic policy as it is currently practiced is in a fix: lower interest rates may temporarily help to alleviate the financial crisis, but they exacerbate the fundamentals that are the cause of the financial crisis. Equally, a lower dollar would make imports costlier for the United States, while a strong dollar comes with lower import prices. But while a low dollar would help to expand exports, a strong dollar impedes export growth. Therefore, the United States will have high trade deficits as long as the economy does not fall deeper into recession.

Without an adaptation that would increase savings, decrease consumption, and reduce imports, the US economy can only go on in the old fashion with ever more debt accumulation. But the limit of debt expansion has been reached. The financial crisis has reduced the willingness of domestic and foreign creditors to extend loans.

Foreign creditors are getting ready to reduce their holding of US debt in a more drastic way. The governmental takeover of the mortgage agencies Fannie Mae and Freddie Mac bailed out the monetary authorities of China, Japan, Russia, and other foreign countries that hold agency debt. As a result of the socialization of the so-called government-sponsored enterprises, the Treasury opened a window of opportunity for these countries to unload their US assets at subsidized prices, all at the cost of the US taxpayer.

A profound restructuring of global capital has become unavoidable. Such a process is quite different from a recession in the traditional sense. In contrast to a sharp and typically short-lived recession, when, after the rupture, business as usual can go on, the restructuring of a distorted capital structure will require time to play out. Rebalancing the distorted capital structure of an economy requires enduring nitty-gritty entrepreneurial piecemeal work. This can only be done under the guidance of the discovery process of competition, as it is inherent in the workings of the price system of the unhampered market.

Anticyclical fiscal and monetary policies are of no help when it comes to the daily toil in business to work towards reestablishing a balanced capital structure. The so-called income multiplier won't work, and lower interest rates won't stimulate spending. On the contrary: these policy measures only make the task of the entrepreneur harder.

The difficulties ahead arise from the problem that business as usual cannot go on under conditions of a credit crunch, which has its roots in the distortions of the economy's capital structure. Thus, even if the financial market turmoil were to settle, there won't be the simple resumption of the old ways of doing business. The belief that, after the financial crisis is over, the real economy can reemerge unscathed, is probably the greatest error that many investors share with the policymakers.

As a result of the bailouts and the socialization of the mortgage agencies, the financial system is now fully infected with moral hazard. The disastrous effects of these government interventions will show up soon. The major task of bringing the capital structure in order is still ahead and more pain is in the waiting.

As long as governments and central banks continue to focus on the monetary symptoms of the "secondary depression" and continue to ignore the structural aspects of the "primary depression," they act like quacks. Ignorant of the lessons of the Austrian School, the authorities will most likely continue with their disastrous policies.