What We Mean by Decentralization 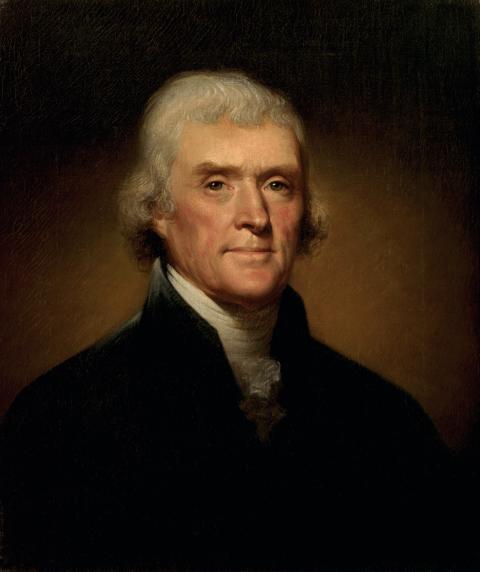 The Kelo decision, in which the Supreme Court refused to intervene in the case of a local government taking of private property, touched off a huge debate among libertarians on the question of decentralization. The most common perspective was that the decision was a disaster because it gave permission to local governments to steal land. Libertarians are against stealing land, and so therefore must oppose the court decision.

And yet stealing isn't the only thing libertarians are against. We are also opposed to top-down political control over wide geographic regions, even when they are instituted in the name of liberty.

How is the libertarian to choose when there is a conflict between the demands of liberty and strictures against empire? The answer is not always easy, but experience and the whole intellectual history of liberalism suggest that decentralized government is most compatible with long-run concerns for liberty. This is why all the founders were attached to the idea of federalism: that the states within the union were the primary governing units, and the Bill of Rights was to protect both individuals and the states from impositions by the central government—even when liberty is invoked as a justification.

Just so that we are clear on this last point: the purpose of the Bill of Rights was to state very clearly and plainly what the Federal Government may not do. That's why they were attached to the Constitution. The states, under the influence of skeptics of the Constitution's limits on the central power, insisted that the restrictions on the government be spelled out. The Bill of Rights did not provide a mandate for what the Federal Government may do. You can argue all you want about the 14th amendment and due process. But a reading that says it magically transforms the whole Bill of Rights to mean the exact opposite of its original intent is pure fantasy.

Back to the libertarian presumption in favor of decentralization. There are several reasons for it.

First, under decentralization, jurisdictions must compete for residents and capital, which provides some incentive for greater degrees of freedom, if only because local despotism is neither popular nor productive. If despots insist on ruling anyway, people and capital will find a way to leave. If there is only one will and one actor, you cannot escape.

Second, localism internalizes corruption so that it can be more easily spotted and uprooted. Along the same lines, local government corruption can be rather benign by comparison; it is easier, on a middle-class budget, to pay off the zoning board than to bribe the State Department.

Third, tyranny on the local level minimizes damage to the same extent that macro-tyranny maximizes it. If Hitler had ruled only Berlin, Stalin only Moscow, and FDR only Washington, the effects of their demented policies might have been contained. This is not only a utilitarian consideration. It means that evil people are prevented from violating the rights of people outside their jurisdiction.

Fourth, no government can be trusted to use the power to intervene wisely. With such power, central governments will always invoke good motives even when they are a mere mask for power grabs (as when the US invaded Iraq, for example). The typical path goes this way. An intervention takes place that might be celebrated by good liberals, such as the Lochner decision (1905) by the Supreme Court that invalidated New York's labor regulations. But once that power is gained, it is used to put a legal imprimatur on central planning and prevent local governments from finding an escape (the central planning of World War I was Lochner's daughter).

Fifth, a plurality of governmental forms—a "vertical separation of powers," to use Stephan Kinsella's phrase prevents the central government from accumulating power. Lower governments are rightly jealous of their jurisdiction, and resist. This is to the good. In fact, the whole history of liberty is bound up with the glorious results of competing institutional structures, no one of which can be trusted with complete control.

To be sure, this does not mean that libertarians must be agnostic on the question of what government should look like. Law should protect person and property against invasive force. This principle applies in all times and in all places. But that does not mean that there must be a single law giver and enforcer. To maximize the chance that good law will prevail over bad, over the long haul, and prevent power grabs from the top, we need a multiplicity of legal forms.

Murray N. Rothbard had a nice phrase that he used to summarize this position: universal rights, locally enforced. Those two principles are frequently in tension. But if you give up one of the two principles you risk giving up liberty. Both are important. Neither should prevail over the other. A local government that violates rights is intolerable. A central government that rules in the name of universal rights is similarly intolerable. Heaven on earth is universal rights, locally enforced. No, it's not here yet. That's why libertarians exist, to work for the ideal.

Now, there is another form of decentralization you often hear about. It comes from those who regret globalization in all forms, including multinational corporations and the like. They complain about the centralization of life in the modern age and long for simpler times. Here's the problem: the kind of centralization they regret is a result of voluntary decision-making in the marketplace. It is freely chosen centralization. Their plans for scaling back would require massive coercion and bring about an economic calamity.

In matters of private association and market economics, libertarians can make no a priori decision concerning the best means to organize. Rothbard was a defender of multinational corporations and global trade, but he also saw that too much integration in the production structure is bad for business. Firms lose the ability to calculate their profits and losses when they are responsible for too great a degree of internal production for their own capital goods.

How does this impact the organization of other institutions in society, like church, extended family, civic associations, and ideological movements? Is centralization best or is decentralization best? The answer must be left to experience. The Catholic Church is centralized doctrinally but decentralized managerially. The family in the American context is not centralized between generations. Grandparents are there to dote, not rule. Civic associations take many forms, from national organizations to local ones.

Rothbard himself, in the course of experience, changed his view on the best method for organizing ideological movements. Early on, he was attracted to the idea of top-down management, with cadres and followers and cells of every sort. He saw that this worked for the Communists, so why not for the libertarians? He was right to say that nothing in libertarian theory prohibits top-down management insofar as it is voluntary and rooted in private property.

But later on in life, he changed his mind and wrote that he found serious problems with this model, and they are related to the same problems that appear with political centralization. In the Libertarian Forum, August 1981, he writes:

"I would like to take this opportunity to admit my previous error in calling for an ultra-centralist model for the [Libertarian Party]. Several years in the [LP] have soured me on centralism permanently. Putting the rule of the Party, or of the movement as a whole, into the hands of one man or of one tight group is a recipe for disaster. First, it means that if a few people sell out to opportunism, the rest of the movement is dragged along with it. But second, and more generally, even if the Machiners were a bunch of wonderful people, since they are not omniscient they are bound, as are all of us to make mistakes. And just as the mistakes of a government­-controlled economy can ruin a nation, so the inevitable mistakes of a tight ruling clique can ruin a party or a movement. I still think it absurd to think of decentralism as 'the libertarian' form of organization. How we organize is not  a matter of libertarian principle, so long as we do not violate the non-aggression axiom. But it appears that neither radical decentralism nor ultra-centralism will work in any organization…. [M]oderation and balance should be our organizational mode."

How right he is! Imagine if the only forms of ideology available to us were those offered by Washington, D.C. organizations, with their hyper-policy focus and tendency to kowtow to the state. In intellectual life, we need a vast multiplicity of forms in order to check corruption and compromise. Even in the libertarian movement, we need diversity and experimentation, not centralization, command, and control.

In the organization of business, ideas, and life itself, Rothbard recommends balance and moderation. So we might articulate two Rothbardian principles. In public affairs, we need universal rights, locally enforced. In private and economic affairs, we need neither centralization nor decentralization, but moderation and balance, trial and error. To me, these formulations represent the height of good thinking, good law, and the good society.