What Is a Scientific Theory? | Mises Institute
Skip to main content

GET NEWS AND ARTICLES IN YOUR INBOXPrint
A
A
Home | Mises Library | What Is a Scientific Theory?

What Is a Scientific Theory? 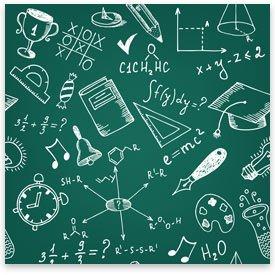 Tags History of the Austrian School of EconomicsSubjectivism

Imagine for a moment that you are omniscient. Endowed with such knowledge, you would completely understand how the world "works." You would completely understand how light works, how molecules and atoms work, how genetics work, how tectonic plates work, and how the universe came into existence. There would be nothing about the social or natural worlds that you would not understand in its entirety.

Were you endowed with such omniscience, you would have no use whatsoever for "science." You would have no need to study the world in a patient and systematic way, because you would already possess all the knowledge about the world that "science" could ever hope to yield. Science would not only bore you to tears; it would appear to be an imperfect and dreadfully tedious means to arrive at the knowledge you already possess.

We are not without means to overcome our uncertainty about how the world works, however. We are not, like the brute animals, doomed to struggle for our existence in a world that we will never understand or be able to harness for our own purposes. We have reason and memory at our disposal, which, with the aid of our senses, allow us to examine the world and learn how its elements "work." These fantastic mental abilities afford us the means to investigate the world in the hope of overcoming at least a small part of our natural ignorance and uncertainty.

Our fantastic mental abilities do not, however, automatically yield to us infallible knowledge about how the world works. We can misinterpret what is going on, and we can reason unsoundly. Our senses can fail us, and our thinking can become clouded, biased, or myopic. In addition, the world we seek to understand is so fantastically large and complicated, and our time so very scarce, that each of us is severely limited in the amount of knowledge we can individually acquire about how the world works.

Hence, only by working with and learning from other men can we as individuals hope to learn more than a tiny fraction about how the world works. By working with and learning from other men, we can take advantage of an intellectual division of labor that allows individuals to investigate very specific aspects of the world and then share the fruits of their investigations with the rest of humanity. This specialization and exchange of ideas allows men to economize their scarce time, learn more about the world than they otherwise could as isolated individuals, and serves as a check on the fallible reasoning of each individual.

The concept of "science" in the Western world has been to connect a community of individuals who are committed to study the world in a specialized, systematic, and intersubjectively verifiable way. Ideally, this scientific community accumulates knowledge about how the world works as individuals learn from the specialized investigations of their colleagues and build on them, and as the scientific community critiques and refines their theories through time.

The process by which the scientific community investigates the world is not a magic or automatic path to enlightenment or omniscience, however. The theories that are fashionable in the scientific community at any specific moment may or may not accurately describe the actual working of the world. Communities of individual scholars, like the individual scholars themselves, can fall victim to intellectual error. They can misinterpret what is going on, and they can reason unsoundly. Their senses can fail them, and their thinking can become clouded, biased, or myopic.

If even one member of the scientific community were omniscient, it would be possible to appeal to that member as an objective assessor of scientific theories. In that case, the omniscient assessor would not trouble himself with describing the world using the clumsy word "theory," however. He would say "the world works thusly," or "the world does not work thusly." If such a person existed, moreover, the practice of "science" would cease altogether, because certain knowledge about the world could be obtained from the omniscient person without the need to tediously and imperfectly study the world "scientifically."

Because the scientific community does not count omniscient members among its number, its members have developed a "scientific method" to try to deal with their uncertainty about their theories. The "scientific method," which consists of developing hypotheses and "testing" those hypotheses against empirical experience, does not provide the scientific community with certain knowledge, however. It merely serves a rather low hurdle that assists in weeding out what most scientists would consider implausible, unverifiable, and silly theories.

A theory's ability to clear this low hurdle by no means can be interpreted as "verifying" a theory, or "proving" its truth, however, because alternative theories could always be imagined that would also be consistent with the empirical "facts."[1] The scientific method does not provide the scientific community with a means to determine which theory, if any, out of the limitless set of alternative theories that could be dreamed up to explain the same empirical phenomena is "correct." Nor does the scientific method provide the scientific community with a means to know for certain that its members are not misinterpreting the empirical evidence. Only an omniscient being could know these things for certain.

This definition is unavoidable, because no scientist is in an omniscient position to know for certain whether he has interpreted empirical evidence correctly, or whether his theory is the "correct" one out of the infinite set of alternative theories that could be imagined to explain a given phenomenon.

This is not to say that scientific theories that rely on the interpretation of empirical evidence are useless or meaningless, simply because they are subjective statements of belief. Nor does it imply that all empirically derived scientific theories are equally plausible, or that they all must be deemed "equal" in some other way, simply because they are all subjective statements of belief about how the world works. On the contrary, a theory that relies on empirical evidence is nothing more than an "expert opinion" about how a part of the world works, but it can nevertheless be useful — sometimes amazingly useful, in fact — even when it is known to be "incorrect" in some respects (e.g., Newtonian physics).[3] Moreover, individuals are free to evaluate the plausibility of scientific theories on their own, which means that they are free to accord some empirical scientific theories more plausibility than others.

The fact that scientific theories are subjective statements of belief does mean, however, that the scientist who claims that his empirically derived theory is a "fact" or "undeniably certain" does not understand the limitations of his method. He is deluding himself — and anyone else who believes his claims — if he thinks he is able to "prove" his empirically derived theory to be "irrefutably true." Only an omniscient being could possibly know for certain whether empirical evidence is being interpreted correctly, and know for certain that a specific theory out of the infinite set of alternative theories that could be imagined to explain a given phenomenon is "correct." But, again, an omniscient being would not bother with the clumsy and inefficient methods of science. He would merely say, "the world works thusly," or "the world does not work thusly." He certainly would not bother "testing" his ideas against empirical experience, because he would already know the outcome. Hence, the fact that the scientist bothers to "test" his theories and hypotheses reveals his lack of omniscience, and it also reveals, a fortiori, his inability to know for certain whether he is interpreting empirical evidence "correctly."

In order to move beyond making subjective statements of belief about how parts of the world work, the scientist would either need to become omniscient himself or consult someone who is omniscient, or else he would need to move beyond gathering and interpreting empirical evidence. Because the former options are, presumably, not open to him, the scientist's only viable option is to discover "facts" about the world, or parts of the world, that cannot possibly be thought to be false, and which are not open to misinterpretation. In other words, the scientist would have to transform himself from an empiricist into a "rationalist" who was concerned to discover fundamental truths about the world (i.e., a priori truths about the world) and elucidate them by means of a deductive and rationalistic method.[4] Only then would the scientist be in a position to say that he has found "facts" about parts of the world that are "indisputably true."

Thus, absolute certainty in science cannot be acquired by means of the "scientific method" and the collection and interpretation of empirical evidence. For beings that lack omniscience, collection and interpretation of empirical evidence can only yield imperfect and subjective beliefs about how the world "works." Instead, absolute certainty in science can only be acquired by discovering propositions about the world that can be known to be true a priori — propositions that cannot possibly be thought to be false.

This observation, in a nutshell, forms the foundation and is the great strength of the Austrian School of economics, which stands virtually alone in the contemporary world as a bastion for thinkers who are unsatisfied with imperfect and subjective approaches to science.[5]

[2] In some respects, this subjective definition for empirical scientific theories resembles the idea of a scientific "paradigm" advanced by likes of Thomas Kuhn and Paul Feyerabend. To my knowledge, however, relativists such as Kuhn and Feyerabend never went so far as to call an empirical scientific theory "subjective." Nor, importantly, did they claim it was possible to discover truths about the world that are not relativistic. As will be seen below, calling empirical scientific theories "subjective" by no means implies that it is impossible to acquire knowledge about the world that is objectively and irrefutably true. It only means that theories that rely on the interpretation of empirical evidence cannot be known to be objectively and irrefutably true.

[3] On the enduring usefulness of Newtonian physics, despite its clear deficiencies, see Thomas Kuhn, The Structure of Scientific Revolutions (Chicago: University of Chicago Press, 1962).

[4] For a brilliant elucidation of the rationalist method, see Hans-Hermann Hoppe, Economic Science and the Austrian Method (Auburn, Ala.: Mises Institute, 1995).