What Romance Can Tell Us About Government Regulation 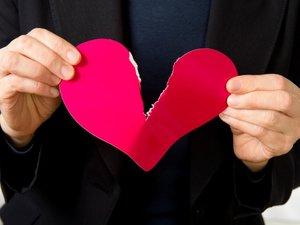 Dating is perhaps the freest “market” in the United States today, and its lack of regulation can teach us powerful lessons about the flaws inherent in government regulation.

When it comes to dating, we see a wide range of tastes and desires. Some people love dating intellectuals. Others pursue athletes. Some women prefer wealthy, established men; others are attracted to those who pursue physical danger.

Many people talk about what might be termed “objective attractiveness” — someone’s physical score between 1 and 10 that everyone can agree on. The truth is that such objective valuations are fictitious. The woman who John thinks absolutely gorgeous may be viewed by another person with indifference.

“There’s no accounting for taste” isn’t just something one can say to shrug off his buddy’s dating someone he finds unattractive. It’s an explanation of our individuality. In dating, there are millions of unique tastes and subjective valuations. This range of valuations makes regulation inherently unjust, because the perceived value of another person as a romantic partner cannot be quantified.

But the same may be said of most any government regulation. What government agent should have the authority to say that a certain job pays “too little” or is “too dangerous” to be legal? Such decisions must be left up to the people applying for those jobs, who are more familiar with their own situations than a bureaucrat in Washington could ever be. If Cathy badly needs work experience, that job that pays $5 per hour may be perfect for her, even though it would be a poor fit for someone else who is looking to pay his mortgage.

Defenders of government regulation like to imagine a government that applies the law equally to every person, but such a system has never existed. It never can exist owing partly to the subjective values of those in power and partly to the system of lobbying and bribery that gets them there.

Governments in the United States, for example, have a long history of legal discrimination in romance. Many states banned interracial marriage, for example, until the Supreme Court case Loving v Virginia ruled such laws unconstitutional. As late as 2003, fourteen states had outlawed homosexuality. Moreover, government regulation of divorce has been extensive.

These private relationships have been regulated to reflect the policy goals and values of influential interest groups. At the same time, this discrimination in romance is mirrored in how governments discriminate in favor of their cronies in business.

Companies like Solyndra, for example, with strong government connections, received subsidies that their competitors don’t. On the other hand, new enterprises that compete with incumbent industry players frequently find themselves facing extra regulations, as governments seek to protect established corporations that the disruptors might otherwise outcompete. Uber, for instance, faces regulatory hurdles in many states at the hands of taxicab-sympathetic government agents. In industry, just as in the history of romance, it is in the nature of government to discriminate.

Many opponents of the free market accuse advocates of promising a utopia — just let the market work, and life will be perfect! Of course, this is a straw man fallacy; serious liberty advocates don’t promise perfection.

Just like every other instance of freedom, the dating “market” isn’t perfect. Many people have had bad relationships. Heartbreak is something most people go through. Not everyone finds someone to marry who makes his or her life brighter.

But this flawed free market is nonetheless much better than it would be with more government intervention. Imagine a government agency whose purpose was to “fix” dating. They might require licenses to date, similar to the licenses required to work in many professions. Just as governments have been known in the past to ban divorce for unapproved reasons, they could move on to banning breakups for new “unjust” reasons, such as a partner’s race.

Such an agency would make dating worse in two major ways. First, it would result in a loss of liberty and privacy, for instance, as government agents could inspect couples on dates to make sure that each has the proper license. Second, it would create unintended consequences. For instance, requiring individuals to acquire costly licenses to date might mean that poorer people, or those without the time to go through a long certification process, would be denied the right to fraternize with members of the opposite sex.

Many people regard things such as “dating licenses” to be absurd, but why are they any more or less absurd than a license to cut someone’s hair?

When considering regulating a market, the question to ask is not whether free markets are perfect (they’re not), but whether government intervention would do more harm than good. Dating is the freest market in the United States today, and as a result, it is a model both for what liberty produces and for why government intervention is so rarely a good thing.