GET NEWS AND ARTICLES IN YOUR INBOXPrint
A
A
Home | Mises Library | What If Public Schools Were Abolished?

What If Public Schools Were Abolished? 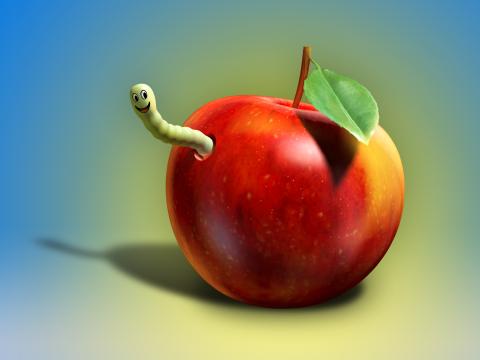 In American culture, public schools are praised in public and criticized in private, which is roughly the opposite of how we tend to treat large-scale enterprises like Walmart. In public, everyone says that Walmart is awful, filled with shoddy foreign products and exploiting workers. But in private, we buy the well-priced, quality goods, and long lines of people hope to be hired.

Why is this? It has something to do with the fact that public schools are part of our civic religion, the primary evidence that people cite to show that local government serves us. And there is a psychological element. Most of us turn our kids over to them, so surely they must have our best interest at heart!

But do they? Murray N. Rothbard's Education: Free and Compulsory explains that the true origin and purpose of public education is not so much education as we think of it, but indoctrination in the civic religion. This explains why the civic elite is so suspicious of homeschooling and private schooling: it's not fear of low test scores that is driving this, but the worry that these kids aren't learning the values that the state considers important.

But to blast public schools is not the purpose of this article. There are decent public schools and terrible ones, so there is no use generalizing. Nor is there a need to trot out data on test scores. Let me just deal with economics. All studies have shown that average cost per pupil for public schools is twice that of private schools (here is a sample study).

In short, if we could abolish public schools and compulsory schooling laws, and replace it all with market-provided education, we would have better schools at half the price, and be freer too. We would also be a more just society, with only the customers of education bearing the costs.

What's not to like? Well, there is the problem of the transition. There are obvious and grave political difficulties. We might say that public education enjoys a political advantage here due to network effects. A significant number of "subscriptions," etc. have been piled up in the status quo, and it is very difficult to change those.

But let's pretend. Let's say that a single town decided that the costs of public schooling are too vast relative to private schooling, and the city council decided to abolish public schools outright. The first thing to notice is that this would be illegal, since every state requires localities to provide education on a public basis. I don't know what would happen to the city council. Would they be jailed? Who knows? Certainly they would be sued.

But let's say we somehow get past that problem, thanks to, say, a special amendment in the state constitution that exempts certain localities if the city council approves. Then there is the problem of federal legislation and regulation. I am purely speculating since I don't know the relevant laws, but we can guess that the Department of Education would take notice, and a national hysteria of some sort would follow. But let's say we miraculously get past that problem too and the federal government lets this locality go its own way.

There will be two stages to the transition. In the first stage, many seemingly bad things will happen. How are the physical buildings handled in our example? They are sold to the highest bidder, whether that be to new school owners, businesses, or housing developers. And the teachers and administrators? All let go. You can imagine the outcry.

With property taxes abolished, people with kids in public schools might move away. There will be no premium for houses in school districts that are considered good. There will be anger about this. For the parents that remain, there is a major problem of what to do with the kids during the day.

With property taxes gone, there is extra money to pay for schools, but the assets have just fallen in market value (even without the Fed), which is a serious problem when it comes to shelling out for school tuition. There will, of course, be widespread hysteria about the poor too, who will find themselves without any schooling choices other than homeschool.

Now, all that sounds pretty catastrophic, doesn't it? Indeed. But it is only phase one. If we can somehow make it to phase two, something completely different will emerge. The existing private schools will be filled to capacity and there will be a crying need for new ones. Entrepreneurs will quickly flood into the area to provide schools on a competitive basis. Churches and other civic institutions will gather the money to provide education.

At first, the new schools will be modeled on the public school idea. Kids will be there from 8 to 4 or 5, and all classes will be covered. But in short order, new alternatives will appear. There will be schools for half-day classes. There will be large, medium, and small schools. Some will have forty kids per class, and others four or one. Private tutoring will boom. Sectarian schools of all kinds will appear. Micro-schools will open to serve niche interests: science, classics, music, theater, computers, agriculture, etc. There will be single-sex schools. Whether sports would be part of school or something completely independent is for the market to decide.

And no longer will the "elementary, middle school, high school" model be the only one. Classes will not necessarily be grouped by age alone. Some will be based on ability and level of advancement too. Tuition would range from free to super expensive. The key thing is that the customer would be in charge.

Transportation services would spring up to replace the old school-bus system. People would be able to make money by buying vans and providing transportation. In all areas related to education, profit opportunities would abound.

In short, the market for education would operate the same as any other market. Groceries, for example. Where there is a demand, and obviously people demand education for their kids, there is supply. There are large grocery stores, small ones, discount ones, premium ones, and stores for groceries on the run. It is the same for other goods, and it would be the same for education. Again, the customer would rule. In the end, what would emerge is not entirely predictable—the market never is—but whatever happened would be in accord with the wishes of the public.

After this phase two, this town would emerge as one of the most desirable in the country. Educational alternatives would be unlimited. It would be the source of enormous progress, and a model for the nation. It could cause the entire country to rethink education. And then those who moved away would move back to enjoy the best schools in the country at half the price of the public schools, and those without children in the house wouldn't have to pay a dime for education. Talk about attractive!

So which town will be the first to try it and show us all the way?

[This article was originally published April 7, 2008]