GET NEWS AND ARTICLES IN YOUR INBOXPrint
A
A
Home | Mises Library | What Happened When One Company Set a Minimum Wage of $70,000

What Happened When One Company Set a Minimum Wage of $70,000 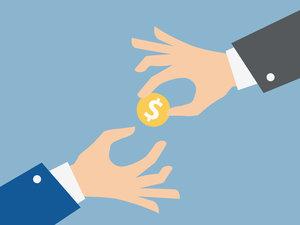 Tags The EntrepreneurPricesValue and Exchange

Dan Price, the CEO of Gravity Payments, took a $930,000 pay cut to raise the minimum salary of his employees to $70,000. The plan was announced in April 2015, and set to be completed over the course of three years. Both his employees (especially the ones with a larger pay increase) and proponents of income equality celebrated the move. It garnered considerable publicity and rippled through social media, with mostly positive but some negative reactions.

In the New York Times piece that reported on people’s initial reactions in April, they quoted Rush Limbaugh calling it “pure, unadulterated socialism,” and an economist from the American Enterprise Institute saying “A lot of people have the sense that this may work for this one firm, but it is nothing we should take general lessons from.” Another economist from the Stanford University Hoover Institution took a different stance and predicted, “This is going to be great for his business.”

As usual, most of the praise and uproar from the respective proponents and critics are either wrong or right for the wrong reasons (if there’s not already a name for this phenomenon, there should be). But we can say this even without the benefit of hindsight, which has shown that the CEO’s actions have had some negative consequences he did not anticipate.

The New York Times published another piece about three and half months later, reporting turmoil and struggles for the Seattle-based firm, directly and indirectly related to the new pay structure.

Some clients of Gravity Payments left because they viewed the action as a political move or because they expected fee increases as a result. But the number of new clients has more than offset those that sought payment processing services elsewhere, meaning Gravity Payments had to hire more employees, which now come in at a minimum of $70,000 a head.

The firm’s real problems are internal, though. According to the New York Times article, “Two of Mr. Price’s most valued employees quit, spurred in part by their view that it was unfair to double the pay of some new hires while the longest-serving staff members got small or no raises.”

Also, Dan Price’s brother, Lucas Price, has sued over violations of his rights and benefits as minority shareholder of Gravity Payments. Lucas also accused Dan of having excessive CEO pay (beyond the stipulations of their contract), which was $1 million before Dan’s voluntary pay decrease. So one major reason for the charitable restructuring of pay may have been to get public opinion on Dan’s side — quite the ignoble scheme for a seemingly noble move.

How Does Economic Theory Tie In?

It’s tempting to pull in arguments against minimum wage legislation for this case, but the ostensibly applicable claims from economic theory actually don’t apply here. Dan Price voluntarily increased his employees’ pay. All of his employees are still earning no more than their expected discounted marginal revenue product. It’s just that some of their “product” may be non-monetary or “psychic” for the CEO, in the form of a good feeling Mr. Price gets from charitable donations, or the reputation Mr. Price wants as a CEO. The benefit he would get by having public opinion on his side and against his brother in their dispute would also qualify as psychic profit.

The situation with Gravity Payments requires that we distinguish between factor payments and charitable gifts. Suppose Dan Price hires a laborer at $70,000/year, but the laborer only brings in $50,000/year of increased revenue for the firm. This means that, for Mr. Price, it’s worth $20,000 for that worker to have $20,000 more per year, whether it’s in the name of income equality, or a happy-workers-are-productive-workers philosophy, or just plain charity.

The situation is the same with any sort of charitable gift. If A donates $100 to B, it means A prefers that B have the $100 (and not A) to A having the $100 (and not B). Charity isn’t “socialism” (per Rush Limbaugh), it’s people doing what they want to do with their own money, i.e., capitalism.

This, then, is the extent of the economics of the situation. It starts and ends with the coordinated preferences and expectations of the entrepreneur and the workers. On the other hand, there’s much to be said about Mr. Price’s business strategy and the social, psychological, and organizational implications.

Workers prefer to be treated fairly, which doesn’t necessarily mean they all want the same pay. Maisey McMaster, former financial planner for Gravity Payments argued against the move and ended up leaving her job because of it. In her words, “He gave raises to people who have the least skills and are the least equipped to do the job, and the ones who were taking on the most didn’t get much of a bump.”

Mr. Price also lost Grant Moran, a talented web developer, who felt like the new pay structure wasn’t fair: “Now the people who were just clocking in and out were making the same as me.” He also said, “It shackles high performers to less motivated team members.”

Many of the employees didn’t like their pay information being open to the public eye, especially with all of the politically motivated attention. Other employees stated they didn’t feel like they deserved their new higher pay. One even admitted, “I didn’t earn it.”

So it seems that even the workers of a progressive and trendy (it is Seattle-based, and many of its clients are a part of the ultra-hip Pike Place Market) firm don’t equate “fairness” with “equal pay” — in fact, it has spawned envy, guilt, and ill feelings for their boss and coworkers. But this isn’t some inexorable law of human behavior. We could easily imagine a situation where workers do demand equal pay and collectively bargain for such a result. The economics of this type of situation would be different than the one at Gravity Payments, though (see Man, Economy, and State, chap. 10).

Economic theory pertaining to minimum wage legislation, unions, or socialism can’t be applied here directly. We can, however, branch outside the scope of economics and take the social, psychological, and organizational implications of an entrepreneur’s voluntarily chosen minimum salary (like with Gravity Payments) and reasonably apply them to government-mandated minimum wage and equal pay schemes. Imagine millions of people thinking the same things as Maisey McMaster and Grant Moran, who felt unfairly treated with the new pay structure. Or even more people saying, “I don’t earn my wage.”

If these sorts of negative consequences arise from a voluntary equal pay scheme, I don’t think we could expect anything better from an involuntary one on a national level.