GET NEWS AND ARTICLES IN YOUR INBOXPrint
A
A
Home | Mises Library | What Explains Crystal Meth? 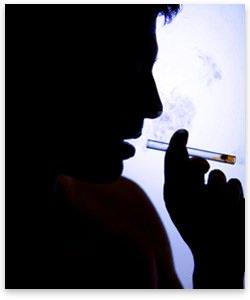 Most people have never really met crystal meth; sure, they talk about it on the news a lot, but how many average Americans know anyone who is a meth user? The drug goes by many names: methylamphetamine, N-methylamphetamine, desoxyephedrine, speed, and — most commonly — meth. Regardless of what it is called, methamphetamine is absolutely one of the most dangerous and addictive drugs on the black market today.

Methamphetamine has been around since 1893 and to this day is approved by the FDA for treatment of both ADHD and obesity. How can its recent surge in popularity as a recreational drug be explained? Why would anyone choose to use a drug that is widely known, even by its users, to be one of the most dangerous and difficult to quit of all the illegal drugs? It may surprise some readers that economics can provide the best answer to these baffling questions. But before we can understand the economics behind people's decision to use meth, we must first be sure we have been properly introduced to it and its users.

It may seem strange that the same chemical delivered in tablet form by the millions to Nazi soldiers (talk about your Blitzkrieg) could also be such a popular street drug. The reason it is used "recreationally" is that in higher doses it produces a euphoric reaction that can include increased alertness, energy, enhanced self-esteem, and even increased sex drive — all of which can last up to 12 hours. The inevitable downside includes fatigue and depression. Not surprisingly, the drug is also considered to be highly addictive.

In order to avoid withdrawal symptoms, some users embark on binges where they consume the drug for days or weeks at a time. This, however, only makes the withdrawal longer and more painful. Long-term users can experience physiological, psychological, and neurological damage that lasts long after the withdrawal period. Long-term effects also include depression, suicide, and heart attacks. A full description of the drug and its effects can be found here.

One particularly painful and debilitating effect of long-term use of Crystal Meth is known as "meth mouth." This condition involves the degradation of the user's teeth and gums. Prolonged use can result in the discoloration and loss of teeth prematurely. Teeth become disfigured, diseased, and ground down, exposing the nerves. The user's gums also become diseased, further hastening the loss of teeth. Meth mouth is thought to be the result of poor hygiene and diet, combined with the effects of the drug (e.g., dry mouth) and the self-inflicted grinding down of the teeth that users experience. In severe cases, the damage is irreversible. The result is not pretty.

The total number of meth users is relatively small, but workers in drug-rehab centers, emergency rooms, and morgues are forced to meet this incredibly damaging drug, or its victims, on a near-daily basis. This article's brief introduction to meth, and how it operates, is necessary to ensure that we are all on the same page and fully understand the class of drug with which we are dealing. I'm certain that the reader can now agree with policy makers, law-enforcement officers, public-health experts, drug-legalization advocates, and former users when they say that, in terms of destructive potential, not all drugs are created equal, and meth is in a class unto itself.

The question is, given that it is so dangerous and destructive, why is crystal meth so popular?

The answers most often given are related to technology, physiology, and psychology: Technologically, crystal meth is easy to make, using simple production equipment, a recipe that is available for free on the internet, and ingredients available at your local pharmacy. The low technological threshold of meth has resulted in new amateur and professional labs opening across the country and around the world. Physiologically, meth is very addictive. A study published in 2007 found that "Methamphetamine withdrawal is associated with more severe and prolonged depression than is cocaine withdrawal, so patients with withdrawal should be monitored closely for suicidal ideation." Psychologically, meth provides the euphoria that so many people crave.

This is all true, but it does not explain the popularity of such a harmful and dangerous product. Suppliers of drugs, consumers of drugs, and even drug addicts have long been known to be "rational" as a group — yes, rational, but stick with me. They respond to changes in prices; they respond to quality differentials and to changes in quality. They also respond — rationally — to changes in risk. So if drug users select their drug of choice using a rational decision-making process, what explains this "march to the bottom" and the emergence of meth in illegal drug markets?

The answer is that crystal meth is a cheap date; it has been referred to as the poor man's cocaine. Cocaine and meth are both stimulants, so it is reasonable to assume that they appeal to the same subset of drug users. During cocaine's heyday, meth was nearly extinct on the illegal market.

This changed with Reagan's "War on Drugs," which was effective in raising prices for illegal drugs by imposing greater risks and thus higher costs on production, distribution, and consumption. The initial shock of the war on drugs sent black-market entrepreneurs back to the drawing board; they needed to reduce their risk and their costs. What they came back with included highly potent marijuana, crack cocaine, and crystal meth.

As I promised, economics provides the best explanation for the surge in popularity of meth despite the disproportionate danger of its use. Increased enforcement of drug laws, backed by increased penalties, led to higher prices and decreased availability of preferred recreational drugs such as marijuana and cocaine. High prices and periodic shortages led drug dealers and consumers to find substitutes — ersatz goods that would produce similar results but at a lower cost.

The scourge of crystal meth is another example of the "potency effect" or what has been called the "iron law of prohibition." When government enacts a prohibition, increases enforcement, or increases penalties on a good such as alcohol or drugs, it inevitably results in substitution to more adulterated, more potent, and more dangerous drugs.

In the case of crystal meth, authorities have tried to restrict the supply of the basic ingredient, which is a common component in cold medications. They required that such medications be sold in pharmacies from behind the counter and limited to a one-month supply. More recently, some states have required that buyers be tracked electronically to prevent purchasing from multiple pharmacies.

In response, meth producers have recruited large numbers of intermediaries, including their friends, relatives, college students, and even children and the homeless. These recruits buy the cold medicine and can sell it to the labs for a 500 percent profit. A review by the Associated Press shows that thousands of people are being lured into this drug trade. "Law enforcement was surprised," St. Louis County Sgt. Tom Murley said. "People that normally wouldn't cross the line are willing to do so because they think it's such a sweet deal, and because of the economy."

Fortunately, in addition to answers and explanations, economics can show us the path away from this now decades-old trend — the trend toward more potent and more dangerous drugs. After all, a certain portion of society will, regardless of legal restrictions and enforcement, choose to use drugs. So the solution is quite simple, really: end the drug war. Less enforcement and lower penalties would reduce the price of marijuana and shift demand from crystal meth back to marijuana, a drug that has few of the problems associated with meth.