What Is the Current State of Economic Science? | Mises Institute
Skip to main content

GET NEWS AND ARTICLES IN YOUR INBOXPrint
A
A
Home | Mises Library | What Is the Current State of Economic Science?

What Is the Current State of Economic Science? 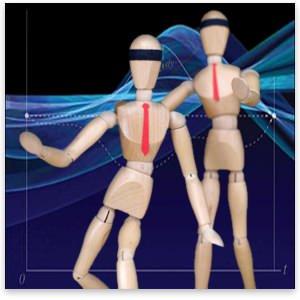 What is the current state of economic science? In two words, "not good."

This is evident in the poor performance of the economics profession during the current financial crisis. Few economists saw it coming; once it started, its severity caught them by surprise; and now it is apparent that there is no agreement among them on how to end it.

To make this case, I will present some leading mainstream economists' views on the crisis. This will be followed by my personal remarks.

How Bad Is the Situation?

Just before the beginning of the crisis, work produced by a variety of leading economists was very positive on the state of macroeconomics; it concluded that the field had made big advances in the last decades. A sample of their comments is offered below:

Olivier Blanchard (2008) claimed that enormous progress had been made in the field of macroeconomics, and that economists were in significant agreement on the direction of the field; in essence, he concluded that the state of this field was good. He attributed this to more powerful computers, which have allowed higher model complexity. He referred mainly to advances made in the area of dynamic stochastic general-equilibrium models, or DSGEs.1

Robert Lucas (2003) went so far as to assert that macroeconomics had succeeded and that the problem with depression prevention had been solved.

Ben Bernanke (2004), the current chairman of the Federal Reserve Bank, commented that the reduction in macroeconomic volatility was in part due to improvements in economic policy.

However, the good feelings ended once the crisis began. Alan Greenspan, the former chairman of the Fed — celebrated by many as the "Maestro" for his ostensibly astute vision — admitted in a 2008 Congressional hearing to being in shock about the unfolding situation. He regretted having trusted so much the corrective power of the free market, and he confessed that he plainly failed to anticipate the crisis. These comments are most revealing, because in his position Greenspan was the key regulator of the American economy and, by default, the world economy (see Andrews, 2008).

John Taylor, a leading expert in monetary policy, gets deeper into the reasons. He blames the crisis on, not only the Fed's decisions under Greenspan, but also the current team responsible for economic decisions in government.

According to Taylor, it was mainly government intervention that created, prolonged, and has dramatically worsened the crisis. Firstly, the Fed's monetary strategy kept its target interest rate too low for too long, especially in the 2003–2005 period, creating monetary excesses, a main cause for the economic boom. Then, once the crisis started in mid-2007, the policy makers prescribed the wrong treatment, providing more liquidity via the Term Action Facility in December 2007, followed by the Economic Stimulus Act of 2008 (see Taylor, 2009).

More recently, because of the anemic recovery and ongoing very high unemployment, the Fed has proposed more economic stimulus. While the Fed, following Keynes, is proposing to pour hundreds of billions of dollars that it does not have into the economy, the Europeans are taking the opposite approach for the same illness by reducing budgets. Is this not further indication of the severity of the current problems with macroeconomics? It seems obvious that there is no consensus among economists on the basic course of action (see Geoff Colvin, 2010).

What Seems to Be Wrong with Macroeconomics?

Many economists blame the current problem with macroeconomics on the theories and mathematical models being used to make government economic decisions.

A group of American and European economists analyzing the current crisis have concluded that the economics profession adopts as gospel that the economy is inherently stable (see Colander et al., 2009). Mainstream economics, they claim, have missed the fact that speculative bubbles lead to inevitable crashes, and that such crises can bring down the whole economy. As significant, given this reality, they ask: Why did mainstream economists stick to such faulty models and ignore basic truths about how the economy really works?

The answer, according to David Colander, is simply that mainstream economists, both Keynesians and monetarists, are more concerned with models for the sake of models than with demonstrating their applicability to real-world situations. Their models ignore the fact that if the bubble is big enough, the resulting crash may take out the economy.

And both sides provided the illusion that surface problems can be easily fixed without addressing the real, core problems: Keynesian economics implies that you can manage crises as long as the government is willing to stimulate the economy when things crash. Likewise, Milton Friedman teaches that if you just increase the money supply enough, the system will remain stable. Unfortunately, Keynes and Friedman have become mainstream in the years after the Great Depression, and those economists asking hard questions, like the Austrian economists, have been ignored and sidelined.

Peter Boettke made the same points more than ten years ago (Boettke, 1997). He criticizes mainstream economists for basing their work on models that have no connection to reality. He quotes Hayek to the effect that the real market cannot possibly be always perfect, since it is the result of the spontaneous interaction of people, each possessing only fallible, partial knowledge. But neoclassical theory falsely assumes that the market always reaches equilibrium because all participants know everything. Notwithstanding this issue, Boettke claims that economics in academia has become merely a mathematical game where the generation of models is the end in itself. And the important task of testing theories against reality has turned into a very secondary goal.

Marius Gustavson (2010) explains that the mainstream economists plainly have the wrong models for analyzing crises. Their premise is that as long as prices are stable and unemployment is within target, there is nothing to worry about. In this way, they miss the signs to call for action before crises set in. Austrians, as an example of another view, saw the crisis coming. They saw the monetary disequilibrium in the boom phase, as the Fed manipulated interest rates and forced them lower than the natural rate of interest that would exist in a free financial system without the Fed tinkering with money.

In a statement to a US congressional committee, Robert Solow criticizes the macroeconomic models being developed today (2010). These models, DSGEs, are the very same that Blanchard uses to claim that macroeconomics is in good shape. Solow makes the point that DSGEs do not have anything constructive to add to antirecession policies, simply because they are constructed with the assumption that there is nothing for macroeconomics to do. They assume an idealized world of rational people that, when the unexpected and very occasional shocks occur, adapt to them in a rational fashion; this, according to Solow, is plainly inaccurate.

Following the same line of thought, John Kay states in a recent article in the Financial Times that macroeconomics is based on complicated mathematical models, which have proven useless in anticipating the current crisis. The model makers are plainly talking to themselves. They postulate models based on assumptions that are not real: perfectly rational market players, each holding all the information available.

In a New York Times article, Paul Krugman takes the reader through a comprehensive description of the elements that caused economists to fail to see the coming crisis (Krugman, 2009). In essence, current economic thought has been kidnapped by neoclassical ideas, which assume perfect market equilibrium and perfect rationality of all market participants.

Krugman's criticism centers on Eugene Fama's efficient-markets hypothesis, which hypothesizes that markets price assets precisely at their intrinsic worth, because investors have all publicly available information. This may be true most of the time, but one should ask whether they make sense during crises. The answer, according to Krugman is a solid "no." It is this short-sighted model that prevented the economists from conceiving the possibility of a crisis.

The paper ends with Krugman, a Keynesian, making a plea for reembracing Keynes. Krugman uses the field of behavioral finance to make his case: during times of confusion, i.e., crises, investors are subjected to irrationality and panic, and do not fit Fama's model. And even those investors that want to make rational decisions find themselves overwhelmed by the irrational majority and end up running with the herd.

Krugman accepts the Keynesian approach of Obama's economic team, but criticizes the stimulus as being too timid.

Taking a very different approach, James Buchanan asks why economists have "had so little meaningful to say" about the 2008 crisis (Buchanan, 2009). Where and when did the science get off track? And can anything be done to restore economics as a useful area of inquiry? He argues that the theories and models being used in modern mainstream economics are unable to explain current affairs. He argues for what he calls a "constitutional perspective."2

According to Buchanan, economics is not a physical science, rather it is a philosophical science; thus, economics cannot be studied properly outside of politics. He challenges the conventional thought that economics is about allocating scarce resources among competing ends. Instead, Buchanan stresses that economics is about studying the interaction and exchange of individuals within the limitations of the various institutions that they must operate in. His remedy for the failures of the economists is to strive for constitutional solutions that specifically define the duties and prerogatives of public-policy makers. In essence, he proposes structures to limit government power. With rules well established, economists can then proceed to develop realistic models.

For mainstream economists, the certain outcome of the current crisis will be the realization that macroeconomics needs a face-lift. As shown in this paper, the monetarist and Keynesian policies so influential in the United States are already being severely challenged.

The sad reality is that the Austrian economists have been warning us for a long time of these weaknesses. Over 40 years ago, Mises (1966) taught us that economics is about human action, unforecastable and untranslatable into mathematical models; economics, he said, can only provide qualitative predictions about particular polices. Further, the Austrian Mark Thornton (2004), in an extensive paper dedicated to assessing the predicting abilities of economists, concluded that most failed to see the dot-com bubble and to anticipate its bursting in 2000. From the few that succeeded, Austrian economists were in the majority. They were able, not only to anticipate it, but also able to explain it.

The Austrian economists have lectured us since Mises that the market should be allowed to freely operate, in essence allowing Adam Smith's invisible hand to do its thing. The Keynesian thinking that savings is a waste of capital was already discredited by Henry Hazlitt (1959) half a century ago, when he showed that governments cannot spend their way to prosperity.

John Taylor, a world-renowned expert in monetary theory, now comments in the Wall Street Journal that government intervention in fact created the current financial crisis. It is without doubt that if the United States were a business, it would have been bankrupt long ago.

I conclude my comments by hoping that this crisis forces the economics profession to take a fresh look at what Austrian economics can offer.

Colander, D., et al. (2009). "The Financial Crisis and the Systemic Failure of Academic Economics." University of Copenhagen Dept. of Economics Discussion Paper No. 09-03.

Hazlitt, H. (1959). The Failure of the "New Economics": An Analysis of the Keynesian Fallacies. Princeton: D. Van Nostrand.