GET NEWS AND ARTICLES IN YOUR INBOXPrint
A
A
Home | Mises Library | What Is Classical Liberalism?

What Is Classical Liberalism? 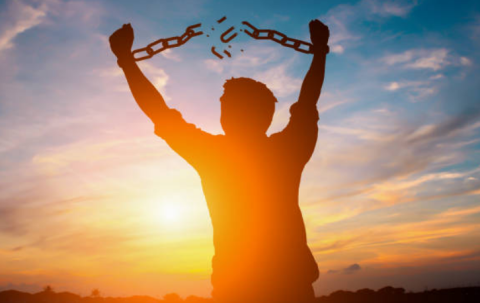 Tags Free MarketsWorld HistoryEntrepreneurshipHistory of the Austrian School of Economics

"Classical liberalism" is the term used to designate the ideology advocating private property, an unhampered market economy, the rule of law, constitutional guarantees of freedom of religion and of the press, and international peace based on free trade. Up until around 1900, this ideology was generally known simply as liberalism. The qualifying "classical" is now usually necessary, in English-speaking countries at least (but not, for instance, in France), because liberalism has come to be associated with wide-ranging interferences with private property and the market on behalf of egalitarian goals. This version of liberalism — if such it can still be called — is sometimes designated as "social," or (erroneously) "modern" or the "new," liberalism. Here we shall use liberalism to signify the classical variety.

Although its fundamental claims are universalist, liberalism must be understood first of all as a doctrine and movement that grew out of a distinctive culture and particular historical circumstances. That culture — as Lord Acton recognized most clearly — was the West, the Europe that was or had been in communion with the Bishop of Rome. Its womb, in other words, was the particular human society that underwent "the European miracle" (in E.L. Jones's phrase). The historical circumstances were the confrontation of the free institutions and values inherited from the Middle Ages with the pretensions of the absolutist state of the 16th and 17th centuries.

From the struggle of the Dutch against the absolutism of the Spanish Habsburgs issued a polity that manifested basically liberal traits: the rule of law, including especially a firm adherence to property rights; de facto religious toleration; considerable freedom of expression; and a central government of severely limited powers. The astonishing success of the Dutch experiment exerted a "demonstration effect" on European social thought and, gradually, political practice. This was even truer of the later example of England. Throughout the history of liberalism, theory and social reality interacted, with theory stimulated and refined through the observation of practice, and attempts to reform practice undertaken with reference to more accurate theory.

In the English constitutional struggles of the 17th century a number of individuals and groups displayed significant liberal traits. One stands out, however, as the first recognizably liberal party in European history: the Levellers. Led by John Lilburne and Richard Overton, this movement of middle-class radicals demanded freedom of trade and an end to state monopolies, separation of church and state, popular representation, and strict limits even to parliamentary authority. Their emphasis on property, beginning with the individual's ownership of himself, and their hostility to state power show that the amalgamation of the Levellers to the presocialist Diggers was mere enemy propaganda. Although failures in their time, the Levellers furnished the prototype of a middle-class radical liberalism that has been a feature of the politics of English-speaking peoples ever since. Later in the century, John Locke framed the doctrine of the natural rights to life, liberty, and estate — which he collectively termed "property" — in the form that would be passed down, through the Real Whigs of the 18th century, to the generation of the American Revolution.

America became the model liberal nation, and, after England, the exemplar of liberalism to the world. Through much of the 19th century it was in many respects a society in which the state could hardly be said to exist, as European observers noted with awe. Radical liberal ideas were manifested and applied by groups such as the Jeffersonians, Jacksonians, abolitionists, and late-19th-century anti-imperialists.

Until well into the 20th century, however, the most significant liberal theory continued to be produced in Europe. The 18th century was particularly rich in this regard. A landmark was the work of the thinkers of the Scottish Enlightenment, particularly David Hume, Adam Smith, Adam Ferguson, and Dugald Stewart. They developed an analysis that explained "the origin of complex social structures without the need to posit the existence of a directing intelligence" (in Ronald Hamowy's summary). The Scottish theory of spontaneous order was a crucial contribution to the model of a basically self-generating and self-regulating civil society that required state action only to defend against violent intrusion into the individual's rights-protected sphere. As Dugald Steward put it in his Biographical Memoir of Adam Smith (1811), "Little else is requisite to carry a state to the highest degree of opulence from the lowest barbarism, but peace, easy taxes, and the tolerable administration of justice; all the rest being brought about by the natural course of things." The Physiocratic formula, Laissez-faire, laissez-passer, le monde va de lui-même ("the world goes by itself"), suggests both the liberal program and the social philosophy upon which it rests. The theory of spontaneous order was elaborated by later liberal thinkers, notably Herbert Spencer and Carl Menger in the 19th century and F.A. Hayek and Michael Polanyi in the twentieth.

One argument between liberals and Burkean and other conservatives who in important respects stand close to liberalism is related to this central liberal conception. While liberals typically expect the market in the widest sense — the network of voluntary exchanges — to generate a system of institutions and mores conducive to its continuance, conservatives insist that the indispensable underpinning must be provided by the state beyond the simple protection of life, liberty, and property, including especially state support of religion.

With the onset of industrialization, a major area of conflict opened up between liberalism and conservatism. Conservative elites and their spokesmen, particularly in Britain, often exploited the circumstances of early industrialism to tarnish the liberal escutcheon of their middle-class and Nonconformist opponents. In historical perspective, it is clear that what is known as the Industrial Revolution was Europe's (and America's) way of dealing with an otherwise intractable population explosion. Some conservatives went on to forge a critique of the market order based on its alleged materialism, soullessness, and anarchy.

To the extent that liberals associated conservatism with militarism and imperialism, another source of conflict arose. While a strand of Whiggish liberalism was not averse to wars (beyond self-defense) for liberal ends, and while wars of national unification provided a major exception to the rule, by and large liberalism was associated with the cause of peace. The ideal type of antiwar and anti-imperialist liberalism was provided by the Manchester School and its leaders Richard Cobden and John Bright. Cobden, particularly, developed a sophisticated analysis of the motives and machinations of states leading to war. The panacea proposed by the Manchesterites was international free trade. Developing these ideas, Frédéric Bastiat proposed an especially pure form of the liberal doctrine that enjoyed a certain appeal on the Continent and, later, in the United States.

Liberalism's adherents were not always consistent. This was the case when they turned to the state to promote their own values. In France, for instance, liberals used state-funded schools and institutes to promote secularism under the Directory, and they supported anticlerical legislation during the Third Republic, while in Bismarck's Germany they spearheaded the Kulturkampf against the Catholic Church. These efforts, however, can be seen as betrayals of liberal principles and in fact were eschewed by those acknowledged to be the most consistent and doctrinaire in their liberalism.

The basis for a possible reconciliation of liberalism and antistatist conservatism emerged after the experience of the French Revolution and Napoleon. Its best exponent was Benjamin Constant, who may be viewed as the representative figure of mature liberalism. Faced with the new dangers of unlimited state power based on manipulation of the democratic masses, Constant looked for social buffers and ideological allies wherever they might be found. Religious faith, localism, and the voluntary traditions of a people were valued as sources of strength against the state. In the next generation, Alexis de Tocqueville elaborated this Constantian approach, becoming the great analyst and opponent of the rising omnipresent, bureaucratic state.

In English-speaking countries the hostility of antistatist conservatives has been exacerbated by an extreme emphasis on the role of Bentham and the Philosophical Radicals in the history of liberalism. J.S. Mill's On Liberty (1859) actually deviated from the central line of liberal thought by counterposing the individual and his liberty not simply to the state but to "society" as well. Whereas the liberalism of the early Wilhelm von Humboldt and of Constant, for example, saw voluntary intermediate bodies as the natural outgrowth of individual action and as welcome barriers to state aggrandizement, Mill aimed at stripping the individual of any connection to spontaneously generated social tradition and freely accepted authority — as, for instance, in his statement in On Liberty that the Jesuit is a "slave" of his order.

It is the socialist state that classical liberalism has opposed most vigorously. The Austro-American Ludwig von Mises, for example, demonstrated the impossibility of rational central planning. Prolific for more than fifty years, Mises restated liberal social philosophy after its eclipse of several decades; he became the acknowledged spokesman for liberal ideology in the 20th century. Among the many students on whom Mises exercised a remarkable influence was Murray N. Rothbard, who wedded Austrian economic theory to the doctrine of natural rights to produce a form of individualist anarchism, or "anarchocapitalism." By extending the realm of civil society to the point of extinguishing the state, Rothbard's view appears as the limiting case of authentic liberalism.

Classical liberalism is often contrasted with a new social liberalism, which is supposed to have developed out of the classical variety around 1900. But social liberalism deviates fundamentally from its namesake at its theoretical root in that it denies the self-regulatory capacity of society: the state is called on to redress social imbalance in increasingly ramified ways. The plea that it intends to preserve the end of individual freedom, modifying only the means, is to classical liberals hardly to the point — as much could be claimed for most varieties of socialism. In fact, social liberalism can scarcely be distinguished, theoretically and practically, from revisionist socialism. Furthermore, it can be argued that this school of thought did not develop out of classical liberalism around the turn of the century — when, for instance, the alleged fraudulence of freedom of contract in the labor market is supposed to have been discovered. Social liberalism existed full-blown at least from the time of Sismondi, and elements of it (welfarism) can be found even in great classical-liberal writers such as Condorcet and Thomas Paine.

With the end of the classical-socialist project, classical liberals and antistatist conservatives may agree that it is contemporary social liberalism that now stands as the great adversary of civil society. The political preoccupation of classical liberals is, of necessity, to counteract the current now leading the world toward what Macaulay called "the all-devouring state" — the nightmare that haunted Burke no less than Constant, Tocqueville, and Herbert Spencer. As older quarrels grow increasingly obsolete, liberals and antistatist conservatives may well discover that they have more in common than their forebears ever understood.