What Are You Calling 'Anarchy'? | Mises Institute
Skip to main content

GET NEWS AND ARTICLES IN YOUR INBOXPrint
A
A
Home | Mises Library | What Are You Calling 'Anarchy'?

What Are You Calling 'Anarchy'? 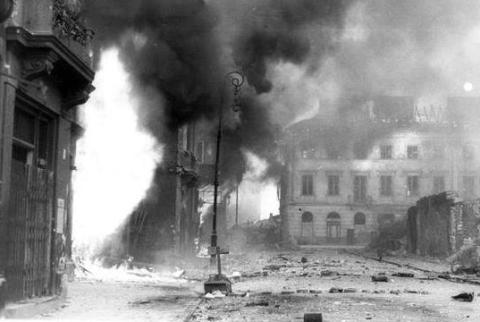 In a recent article, I analyzed the ambiguities and contradictions in the typical usage of terms such as liberty and order. In the present piece, I would like to do the same with the word anarchy. As before, I won't get to spend much time with substantive analysis. Before sober minds can consider these difficult matters, we first need to clear away the confusion—we can't debate various ideas if we don't even know what we're saying.

To illustrate the problem, I will give three examples from mainstream journal articles that discuss "anarcho-capitalism" (or "free market anarchism"), the anti-political system of complete laissez-faire advocated by Murray Rothbard and many others in the Austrian school.12

In his article3 claiming that private defense agencies might degenerate into exploitive gangs, Daniel Sutter explains:

I consider the prospects for cooperative anarchy within the institutional framework of anarcho-capitalism in which private, for-profit agencies offer sets of legal codes and enforcement of these codes. In anarchy no institution exists with legitimate authority over all members of society. (Sutter p. 602, bold added)

Already there is a problem, regardless of Sutter's empirical claims, for what does Sutter mean by "legitimate authority"? For example, a staunch Catholic no doubt believes that the Catholic Church, as a universal institution asserting universal truth, has legitimate authority over all members of society. Does the existence of such believers rule out the possibility of anarchy? I would think not, since presumably Sutter wouldn't bother writing articles on such an elusive concept.

One might think that an institution has to be actually legitimate in order to qualify for the elimination of anarchy, rather than simply being considered legitimate by some members of society. On this view, then, the Catholic Church isn't a legitimate authority over everyone, because there are plenty of atheists and Protestants who dispute the Pope's claims. However, by the same token, there are plenty of people (including me) who reject George Bush's claims, as well as the claims of all agents of the federal government. Does that mean Sutter thinks the current United States is in a state of anarchy? Again, I doubt it.

Notice that we could conceivably have a system of for-profit agencies as Sutter imagines, and yet still have one institution that is considered a "legitimate authority" over all members of society. In particular, suppose that every single person in the world reads Rothbard's Ethics of Liberty and is completely convinced of the beauty and justice of his arguments in the book. All governments then dissolve, to be replaced by private law enforcement agencies. Driven by the desire to serve consumers who all happen to hold identical views on legal codes, the agencies compete on the basis of price, the uniforms of court personnel, the catchiness of slogans and commercial jingles, etc.

And yet there really is a uniform set of laws binding all people, as fully laid out in Rothbard's treatise. Of course, one might claim that such an unlikely (yet possible) scenario would not be an example of true "authority" (since the "submission" to Rothbard's views is completely voluntary), but then we would always have anarchy if we are to save Sutter's claim in bold from the block quotation above. In short, I believe this hypothetical scenario highlights the internal inconsistency in Sutter's use of anarchy.

Let us now turn to an intriguing article4 by noted economist Jack Hirshleifer, which starts with the following provocative opening:

What do the following have in common? (1) international struggles for control of the globe's resources, (2) gang warfare in Prohibition-era Chicago, (3) miners versus claim jumpers in the California gold rush, (4) animal territoriality, and (5) male elephant seals who fight to sequester "harems" of females. Answer: They are all anarchic situations. (Hirshleifer p. 26)

The problem is that the second example does not conform to Hirshleifer's definition of anarchy as "a system in which participants can seize and defend resources without regulation from above" (p. 26). Even on the face of it, it is simply not true that Prohibition-era gangsters could fight each other without "regulation from above." Except in very unusual cases involving specific bribes, Al Capone's men wouldn't shoot a rival gang member in front of a uniformed police officer. (Go read The Godfather to get a sense of the relative strength of mobsters versus cops.) And even if we did assume that Capone paid the chief of police to allow his men to "legally" take out a rival boss, that just proves that the Chicago police force is the most powerful gang in town, which exercises the "authority" to punish uses of violence for which it has not given prior approval.

On a deeper level, the example of Prohibition-era warfare is particularly ironic, since it only existed because of government regulation. That is, the moment alcohol was legalized, Chicago gangs stopped shooting each other. Far from being an example of anarchy, therefore, Hirshleifer's second example is really a case of violence caused when a group of armed men attempt to impose their views of justice on a population.

The last example comes from Dennis C. Mueller, who writes:5

In contrast to the medieval village, the modern metropolis with its millions of highly mobile inhabitants is scarcely imaginable without overtly authoritarian government actions controlling behavior in many prisoners' dilemma situations. Indeed, one can scarcely conceive of noncooperative behavior like stealing being controlled solely by custom and social pressure from other members of the community in a city like New York. Even with the authority of the police force parts of New York resemble a Hobbesian jungle. At the same time, the modern city is a market place of unprecedented dimensions. The open cities of Hong Kong and Singapore epitomize the potential welfare gains from the operation of free markets in a highly mobile, mass society, just as New York symbolizes the potential welfare losses from prisoners' dilemma breakdowns in large communities. (Mueller p. 822, bold added)

In this passage, Mueller hasn't used a term inconsistently, but instead he has adopted another common tactic of citing a failure of government operations to prove their absolute necessity. That is, Mueller believes that government "obviously" must supply law enforcement services, and as evidence of this he cites a case where the government does a horrible job protecting property.

To see Mueller's argument more clearly, let's switch examples. Suppose I argued the following: 'It is scarcely conceivable that Spanish speakers could produce goods and services without government intervention. Even with its rationally designed economic plan, Cuba has neighborhoods that are in shocking poverty. In contrast, the English speakers in the U.S. have a relatively unorganized economy and yet enjoy a very high per capita income.'

Such a hypothetical (and absurd) argument is analogous to Mueller's; he thinks government intervention is necessary for the provision of so-called public goods, while free markets are perfectly adequate for the provision of private goods. An anarcho-capitalist would disagree, of course, and view this distinction as spurious as the alleged dichotomy between Spanish and English speakers. Again, let me stress that the point here isn't whether the distinction is a good or bad one. Rather, the point is that Mueller doesn't seem to realize the irony of citing a case of government doing a terrible job to prove how vital government is.

Hirshleifer and Mueller both (implicitly) adopt the position that no government is the same thing as unsuccessful government. This is a typical view; it's why people refer to gang warfare or current Iraq as examples of "anarchy." Yet as I explained above, such a classification is wrong in both an obvious and a deeper sense.

It's obviously not the case that we have anarchy in Iraq; there is an official government that is killing people in an attempt to enforce the objectives of its leaders. (See Hans Hoppe: "Does Iraq Show That We Need a State?") And on a deeper level, anarcho-capitalists would say that the widespread violation of property rights in places such as Iraq and Colombia occur because of government actions, not in spite of (unsuccessful) government actions. To illustrate this latter point: Suppose the U.S. government reduced the penalty for cocaine distribution to a $100 fine. Would this relative "impotence" of U.S. officials increase or decrease the amount of violence in the drug trade?

Political scientists, historians, economists, and others have many weighty issues to consider when it comes to the State versus anarchy. But before such a discussion can even begin, we need to avoid ambiguous and contradictory definitions in our basic terms.