GET NEWS AND ARTICLES IN YOUR INBOXPrint
A
A
Home | Mises Library | Were American Indians Really Environmentalists? 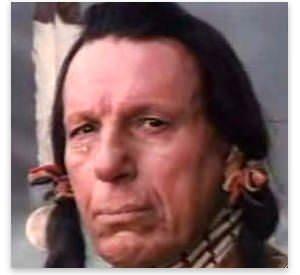 The traditional story is familiar to American schoolchildren: the American Indians possessed a profound spiritual kinship with nature, and were unusually solicitous of environmental welfare.

According to a popular book published by the Smithsonian Institution in 1991, "Pre-Columbian America was still the First Eden, a pristine natural kingdom. The native people were transparent in the landscape, living as natural elements of the ecosphere. Their world, the New World of Columbus, was a world of barely perceptible human disturbance."

If we are to avert environmental catastrophe, the not-so-subtle lesson goes, we need to recapture this lost Indian wisdom.

As usual, the real story is more complicated, less cartoonish, and a lot more interesting.

In his 1992 book Earth in the Balance, then-Senator Al Gore cited a nineteenth-century speech from Chief Seattle, patriarch of the Duwamish and Suquamish Indians of Puget Sound, as evidence of the Indians' concern for nature. This speech, which speaks of absolutely everything in the natural world, including every last insect and pine needle, as being sacred to Seattle and his people, has been made to bear an unusually heavy share of the burden in depicting the American Indians as the first environmentalists.

The trouble for Gore is that the version of the speech he cites is a fabrication, drawn up in the early 1970s by screenwriter Ted Perry. (Perry, to his credit, has tried without success to let people know that he made up the speech.) Still, it was influential enough to become the basis for Brother Eagle, Sister Sky, a children's book that reached number five on the New York Times bestseller list in 1992.

Earlier versions of the speech, also cited by environmentalists, are suspect for reasons of their own. But experts say that the intention of Chief Seattle is clear enough, and that it wasn't to say that every created thing, sentient and non-sentient, was "holy" to his people, or that all land everywhere had an equal claim upon their affection. "Seattle's speech was made as part of an argument for the right of the Suquamish and Duamish peoples to continue to visit their traditional burial grounds following the sale of that land to white settlers," explains Muhlenburg College's William Abruzzi. "This specific land was sacred to Seattle and his people because his ancestors were buried there, not because land as an abstract concept was sacred to all Indians." Writing in the American Indian Quarterly, Denise Low likewise explains that "the lavish descriptions of nature are secondary" to the purpose of Chief Seattle's argument, and that he was saying only that "land is sacred because of religious ties to ancestors."

Environmentalists who have cultivated the myth of the environmental Indian who left his surroundings in exquisitely pristine condition out of a deeply spiritual devotion to the natural world have done so not out of any particular interest in American Indians, the variations between them, or their real record of interaction with the environment. Instead, the intent is to showcase the environmentalist Indian for propaganda purposes and to use him as a foil against industrial society.

The Indians' real record on the environment was actually mixed, and I give the details in my new book, 33 Questions About American History You're Not Supposed to Ask. Among other things, they engaged in slash-and-burn agriculture, destroyed forests and grasslands, and wiped out entire animal populations (on the assumption that animals felled in a hunt would be reanimated in even larger numbers).

On the other hand, the Indians often succeeded in being good stewards of the environment — but not in the way people generally suppose.

Although we often hear that the Indians knew nothing of private property, their actual views of property varied across time, place, and tribe. When land and game were plentiful, it is not surprising that people exerted little effort in defining and enforcing property rights. But as those things became more scarce, Indians appreciated the value of assigning property rights in (for example) hunting and fishing.

In other words, the American Indians were human beings who responded to the incentives they faced, not cardboard cutouts to be exploited on behalf of environmentalism or any other political program.

In some tribes, family- and clan-based groups were assigned exclusive areas for hunting, which meant they had a vested interest in not overhunting, and in making sure enough animals remained to reproduce for future years. They likewise had an incentive not to allow people from other families and clans to hunt on their land. In the Pacific Northwest, Indians assigned exclusive fishing rights that yielded a similar kind of stewardship: instead of catching all the salmon, some were left behind with an eye to the future. Whites who later established control over salmon resources unfortunately neglected this important Indian lesson.

Indians have not always recalled that lesson themselves. Consider the Arapahoes and Shoshones on Wyoming's Wind River Reservation, who in recent years (and with the help of all-terrain vehicles and high-powered rifles) have all but wiped out entire animal populations. Whatever happened to their spiritual kinship with nature?

In fact, this is the predictable result when wildlife is said to belong to everyone. There is no incentive to preserve any stocks for the future, since anything you might leave behind will simply be killed by someone else. Without property rights in hunting, there is no way (and no incentive) for anyone to prevent such short-term, predatory behavior. That's why Indian tribes assigned these exclusive rights — it was the best way to preserve animal species and provide for the future.