Welfare Is Corrupt Always and Forever

After reports that millions of dollars in California cash welfare benefits given via debit cards were withdrawn at casinos, strip clubs, and other places "inconsistent with the intent" of the aid, states have been moving to restrict such usage. Now, leaders of the Senate Finance Committee have introduced a bill to ban such uses nationwide. As co-author Orrin Hatch (R-Utah), put it "This bill will hopefully put an end to egregious abuses that have happened in many states, not just California."

Unfortunately, preventing substantial diversions of funds from donors' intended purposes to others that recipients choose is impossible. Every government transfer program allows resources given for one purpose to have far different effects than intended. Examples include not only cash aid (e.g., you can easily gamble with cash withdrawn from an ATM outside a casino if you can't access one inside) but also food stamps and other in-kind transfer programs, municipal bond issues, lottery funds for education, humanitarian foreign aid, and more. In each case, earmarked expenditures replace dollars that would have been spent in the same areas, freeing them to be spent however recipients choose.

Food stamps (renamed CalFresh benefits in California) suffer the same fate as cash aid, even though they can only be spent directly on food. The reason is that the subsidy is equivalent to a cash transfer for almost all recipients, because the vast majority would purchase more food than their benefit allotments. The benefits simply replace money recipients would have spent on food anyway, freeing that cash to use as they wish. So, if low-income families spent 25 percent of their income on food, $100 of food stamps would increase their food purchases by only $25, with $75 spent in other areas not intended by the program.

The same issue faces other in-kind programs as well, such as housing and winter heating subsidies. To the extent that subsidies replace money that would have been spent on those items, earmarked funds can be diverted to whatever uses recipients select. This undermines the efficacy of earmarking the funds, while multiplying the costly bureaucracies necessary to administer multiple different programs.

Similar problems haunt bond measures to fund particular government spending programs, such as for schools. Diversions of such funds to uses different than those advertised have been so common that citizen oversight boards are now created (with limited effect) to convince voters of public-agency trustworthiness to get bond issues passed.

Other examples include state lotteries promoted to supplement education funds. Politicians, taking into account those additional funds, pare other budgetary support for education. The dollars released are then spent however the state government decides, just as if the lottery proceeds went directly into its general fund. As professors Patrick Pierce and Don Miller concluded in a study of education funding, "Regardless of the state, the educational spending rate declined once a state lottery went into operation." 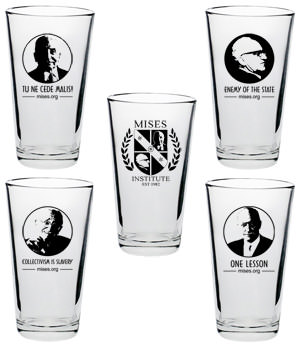 The same sort of diversions can hobble the effectiveness of humanitarian foreign aid. The aid frees up resources otherwise required to buy such supplies, allowing them to be spent wherever the recipient government chooses. As a result, much is lost to corruption or converted to other uses, including military spending, often used by recipient governments to terrorize those the aid was intended to help, or to threaten neighboring countries.

With so many government assistance programs' goals undermined by diverted resources, one wonders why relatively small diversions of cash welfare grab headlines, but much larger diversions in multiple transfer programs throughout the country get little notice. Perhaps only those diversions that become infamous enough to threaten public support are addressed — while many others are ignored — to maintain the illusion that government programs are more effective in achieving their goals than they are in fact.