GET NEWS AND ARTICLES IN YOUR INBOXPrint
A
A
Home | Mises Library | The Week in Review: February 27, 2016 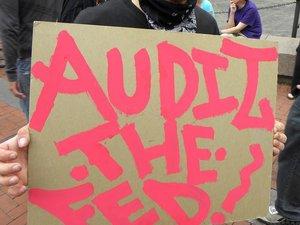 Tags The FedMoney and BanksHistory of the Austrian School of Economics

Dissatisfaction with the Federal Reserve appears to have gone mainstream with presidential candidates Trump, Sanders, Cruz, and Rubio all expressing a need for reform of the central bank.

An understanding of how central banks work has become more important than ever as central banks across the world, have been putting their faith in increasingly radical forms of monetary policy, which now includes negative interest rates and paying interest on reserves.

As always, a solid understanding of sound economics remains at the center of the fight against statism.

Earlier this week we celebrated the birthday of Carl Menger, founder of the Austrian school. Ludwig von Mises, who credited Menger’s Principles of Economics for making him an economist, recalled that not only was Menger a revolutionary thinker, but a prophet for the devastating wars that engulfed Europe in the first half of the twentieth century.

Unfortunately it is easy to look at the world today and see the same troubling trends that Menger saw in the early 1910s. Be it governments weaponizing the financial sector at the expense of innocent people, or the dangerous consolidation of industries due to legislation named after obnoxious politicians — far too many people with influence continue to fail to learn the lessons of history. It is no surprise that populism seems to be sweeping the globe.

This time on Mises Weekends, Jeff Deist recaps his recent talk in Houston entitled "Socialist Left vs. alt-Right: What it Means for Liberty" — a talk which generated plenty of comments from libertarians, progressives, and the alt-Right. Jeff discusses why we should celebrate the death of supposed "democratic consensus," why the progressive left doesn't care about winning votes, how the alt-Right turns identity politics against social justice warriors, and what libertarians should learn from populism and even demagoguery.

In case you missed any of them, here are articles from this past week’s Mises Daily and Mises Wire:

The Mises Institute works to advance the Austrian School of economics and the Misesian tradition, and defends the market economy, private property, sound money, and peaceful international relations, while opposing state intervention.

The Mises Institute works to advance the Austrian School of economics and the Misesian tradition,...