Wealthy Beyond a Reasonable Doubt 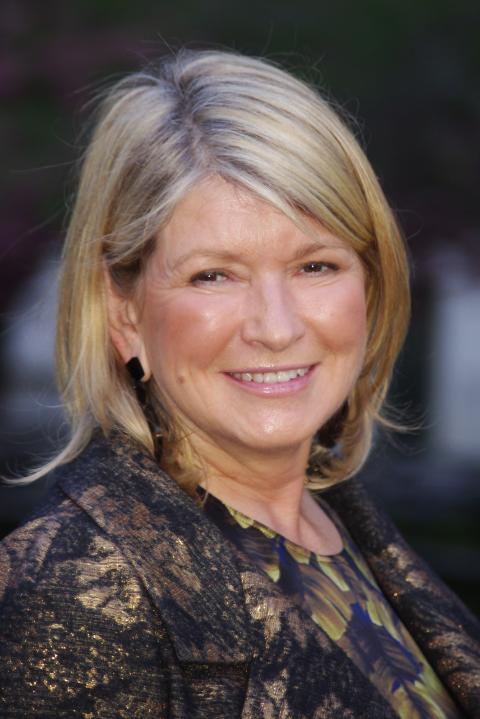 The Martha verdict appears quite popular with the political classes and the vaunted "man on the street," not to mention the nation's mainstream journalists.  The post-trial comments of one juror, Chappell Hartridge (Juror Number Eight), say it all: "Maybe this is a victory for the little guys who lose money thanks to these kinds of transactions. Maybe it's a message to the big wigs."

Absent a straightforward insider-trading charge, the jury was left to determine that there had been an illegal cover-up — and on that, the evidence was compelling — without defining the underlying impropriety. Still, the narrative that emerged at the trial justified the government's determination.

Juror Number Eight even admitted as such, answering a reporter's question with: "Well, as I understood it we weren't supposed to consider insider trading."  So there we have it; it was a trial about "cover-ups" and changed stories and a conspiracy to tell the government investigators something that the government did not want to hear.

Yet, in reality, it was a trial about "insider trading."  If we dig even deeper, we find that underlying the entire event was the theme that Stewart's station in life somehow was illegitimate, or at least she had no right to the alleged position of privilege that her money brings her.  Should Juror Number Eight's words, as well as those of the editorial board of the New York Times mean anything, Martha Stewart ultimately was convicted of being "wealthy beyond a reasonable doubt."

Consider the following statement in the Times' editorial: "The trial depicted a cozy world where insiders routinely use their wealth and connections to benefit from insider information."  Having followed the trial in some detail, I cannot recall such a scenario.  In the aftermath (and even before the trial began), people were aware that ImClone CEO Sam Waksal sold his stock upon learning that the Food and Drug Administration had given a thumbs down on its drug Erbitux (a decision that the FDA later reversed, yet another sordid episode to this story of government overreaching).

According to the government's charges, Stewart's stockbroker, Peter Bacanovic, was also Waksal's broker, and he got a message to Stewart that his client was dumping his ImClone stock and that she should do the same.  As James Ostrowski has pointed out, that is not insider trading.  If Baconovic tipped off Stewart to Waksal's actions – as the jury apparently believed – at worst he was guilty of violating Merrill Lynch's policies of confidentiality and he deserved whatever punishment his employer would mete upon him.

Furthermore, according to the record, Stewart unsuccessfully tried to reach Waksal herself, another example of what the Times calls the "cozy world."  So, according to the Gray Lady's editorial board, if well-known corporate CEOs talk to one another (or at least have the phone numbers to the executive suites), that constitutes an "unfair advantage" that permits such people "to benefit from insider information," a state of affairs that meets with the Times' sternest disapproval.

However, let us put the shoe on a different foot.  One of us worked as a newspaper journalist and at times had direct contact with reporters from the New York Times.  Indeed, as those on the "outside" soon discovered, there was a "cozy relationship" between people in political power and journalists from the Times, Washington Post, and the national network news outlets like ABC and CBS.  Such relationships permitted reporters from those news organizations to gain access to people who would not give the time of day to the rest of us.

No doubt, such access to newsmakers gives journalists from the Times and other elite organizations a real advantage, not only in gaining prestige but also wealth.  In other words, according to the editors of the Times, there is nothing wrong with journalists from the Times having access to top people – often at the expense of the "little guys" slugging it out at smaller newspapers – but it is immoral for Martha Stewart to have access to the offices of a Sam Waksal.  To put it another way, it depends upon the "cozy world" of which one speaks.

According to our vaunted "Juror Number Eight," Stewart and her co-defendant were "arrogant."  He cited their not appearing on the witness stand somehow as proof of their arrogance – for which conviction apparently was a remedy.  His statements to the press express that sense of entitlement: "It bothered me that they only put one witness on the stand. It's like they were saying, 'I don't need to defend myself. I don't need to persuade the jury. We know we'll get off.'"

Moreover, Stewart's privileges as a CEO further stoked his fire.  Consider this exchange between Mr. Number Eight and Andrea Peyser of the New York Post, a reporter who wrote shrill anti-Stewart screeds, and whose editors obviously wanted Stewart "taken down a notch".  (The following comes from Elizabeth Koch's dispatch in Reason Magazine's website, March 5.)

(Hartridge)  "Yeah," he says. "Judging by some of the things they did, I'd say they thought they were special. I wasn't comfortable with the tone of [Peter Bacanovic's taped SEC testimony]. He sounded kind of…"

"Arrogant?" Andrea asks, nodding emphatically. "What about the fact that Martha charges her vacations to the company? Did that play into your decision?" What, Andrea, do you want him to admit the conviction was motivated less by evidence than character assassination and vengeance?  (Koch's comments)

"Yeah. She takes vacations and doesn't pay for them—it's like she thinks she's better than everyone else. But, I mean...the vacations didn't factor into our decision."

"What are you thinking of in terms of insider trading?" someone asks.

"Well, as I understood it we weren't supposed to consider insider trading. But as far as not talking to the authorities and not cooperating, yes, she sounded like she thought she was better than everyone else."

These words speak to the duplicity of the government's case against Stewart – and the dishonesty of the jurors, judge, and prosecutors alike.  Keep in mind that Martha Stewart now faces a lengthy stay in prison because jurors decided that the original activity – the alleged "insider trading" that never occurred – was a "bad act" that triggered their viewpoints about everything else that happened afterward.  Moreover, the jurors apparently remained convinced that Stewart had engaged in the "crime" of "insider trading," or at least something similar, since they believed she was trying to cover up something illegal.  They could not have reached their decision otherwise, as it would have been a logical absurdity.

To make matters worse, even before Stewart was able to unload her ImClone stock, numerous other nameless investors – many who most likely fell into the "little guy" category – already had sold their ImClone shares.  Stewart's actions impoverished no one, nor did she gain an "illegal" or even "unfair" advantage.  By the time she acted, the market already had spoken.

In one of its news dispatches following the trial, CNN declared that the Stewart case was part of the government's "crackdown on corporate corruption."  This is ridiculous.  Stewart was not a "corrupt" executive, nor did she break the law when she sold her shares of the temporarily doomed ImClone stock.

No, Stewart apparently committed the "crime" of being wealthy and well-connected.  Furthermore, she sometimes was short and impatient with people, which is a trait that one of us in his brief career as a news reporter found to be endemic in people who were associated with the New York Times and other "elite" news outlets.