GET NEWS AND ARTICLES IN YOUR INBOXPrint
A
A
Home | Mises Library | Was Jean-Baptiste Say a Market Anarchist?

Was Jean-Baptiste Say a Market Anarchist? 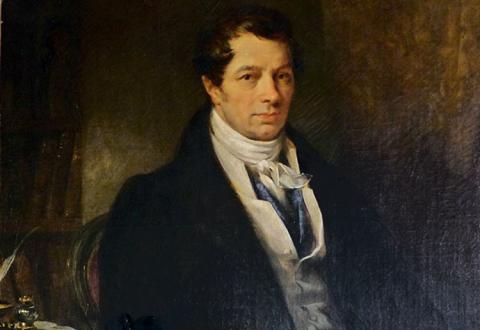 Jean-Baptiste is certainly best known for his famous Law of Markets (la loi des débouchés) also referred to as Say's Law. Though Say's Law is one of the key points of the classical school of economics, the manner in which this obvious proposition has been distorted and misinterpreted in a significant number of economic textbooks as well as in lectures of certified professors of economics is simply perplexing.

As a consequence, Say's achievements are often abridged to some incoherent assertion that "supply creates its own demand."1

But Jean-Baptiste Say has much more to offer than his Law of Markets. Actually, he had already conceived a society without government long before Gustave De Molinari, who is often considered as being "the first writer to draw the conclusion that government could, in effect, be replaced by competing companies or agencies offering to provide security and protection."2 It is my endeavor to show that Say was conscious of the shortcomings of governmental services in terms of the security and organization of society as such.3

In the third session of his Cours à l'Athénée,4 Say explains that the supply of society is assured by the individuals who actually compose it. Furthermore, he notes that the disposal of capital is due to the private savings and precaution of individuals who, rather than destroying their savings, build their savings with the intention of creating new products. Likewise, he considers how these products come into the hands of those who need them, concluding that this is the result of interpersonal exchanges. As a result of this conclusion, he raises the following final question:

Have we found the government in this analysis up to now?5

Again, he provides an answer:

No. And the reason of this is the fact that government is not at all an essential part of the social organization.6

Thus, society could work without government management if people carried out their business and let other people carry out their business at the same time. Say underlines his position by giving some historical examples. Writing in 1819, he observes that at times during the previous thirty years, France had found itself in a situation in which all the authorities were suddenly halted. In these critical moments, no government was at all existent. And what does Say observe? During these periods, the essential functions of the social body could not have been carried out in a better way: everything worked, better than would have normally been the case. Say states that the worst occurred in times when people were too much governed.

Endeavoring to strengthen his position, he brings up another example, this time from overseas. In Kentucky, there are "cantons" in which one family would settle and take root, after which another family would move into the area, and so forth until the formation of villages occurred. There were houses, clothes, and food, and the people were better nourished than many households in the rue Jean-pain-mollet7 and yet there was no government.

His observations lead him to declare that one can not only conceive a society without government but one can actually see it; the only problem is the journey overseas. Likewise, Say correctly argues that social life is not in the government but in the governed. As a consequence, the old representations of the state as a family and the chief executive of the administration as the father are not accurate at all.

According to Say, all productive enterprises are created by individuals in society, not by the state. It is the responsibility of productive enterprise to support the continuity of families, the components of society. Likewise, if there are government officials in the society, they exist at the people's expense. Only those who refuse to acknowledge this reality can still represent the state under the emblem of the family and public authority as an image of paternal power. Furthermore, Say attacks the role of the government in commerce. He denounces those who pretend that government would have a favorable influence by asking what could be more favorable than a man's privacy as well as his liberty.

Say emphasizes that the primary condition of society is private property, given that it encourages production which is necessary in order to exist. Therefore, if one transgresses the natural law of private property (including the harm of human beings, self-ownership being the most incontestable form of property), the entire social body will take action against the aggressor. But since the involvement of the whole people would be disproportionate to the aim sought, it is necessary to charge persons with the responsibility of guaranteeing the respect for the fundamental law of private property.

It is worth mentioning that Say explicitly qualifies the government as not being useless (while also not essential) with regard to the protection of private property. It is in another essay that Say conceives the idea of private security, on Practical Politics.8

The respect of private property and persons is necessary for the correct functioning of society. For this, it is only necessary to abandon the police to the society.9 As Say writes:

Whether a man beats a woman in the streets or a thief breaks into a store; the whole society will apprehend the delinquent … in the case of a dispute between two merchants: both of them nominate the judges. The judges pronounce and the point of contention is put aside.10

But there are other dangers that could occur. For instance, an isolated traveler could be attacked, thus, nobody comes to his rescue. "Is this the justification for a police corps composed of thirty thousand persons?" Say wonders. He proposes to entrust the security services that cannot be executed on one's own to a company and to withdraw their responsibilities in the case in which they are not able to protect an individual against some attacks or, at least, to find the culprit. He underlines this point by proposing the introduction of the principle of competition in the field of public administration, i.e., ascribe these functions to those companies who could exercise them with the highest efficiency and the smallest costs.

One quickly recognizes the similarity with Molinari's "government could, in effect, be replaced by competing companies or agencies offering to provide security and protection." A little bit further in his essay, Say repeats again that nobody is better governed than in the absence of government.

Society is composed of different professions having different functions. One of these functions is the protection or security of an individual and his rights. Thus, security is a profession like that of restoring the health of an individual in case of disease. This argument enforces Say's position of providing security with the aid of private enterprises.

However, one could still say that the problem of an invasion by a stranger persists. Say argues that there are no historical examples of successful invasion against a people, given only two conditions:

Likewise, he strengthens his position by giving an example of the Romans:

The Romans were invaded by the Gauls and Hannibal. This would not have been the case if the provinces had been populated by citizens and not by slaves.11

This final statement by Say extinguishes remaining doubts that he considered the possibility of a purely private society. His insights on this particular field of study are precious and leave some room for further elaboration, but his writings make clear that he not only considered society separate from the state, but actually entertained the possibility of a stateless society.

This article was originally published March 28, 2007.