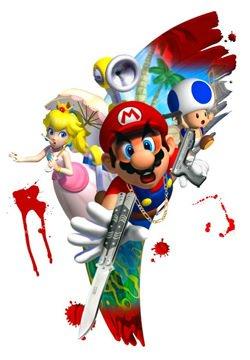 How do our choices of amusements affect our behavior and, therefore, society? Whenever newer, more violent video games are released, some commentators inevitably call for government regulation because of studies linking video games and violence. This became an issue at the beginning of this year when some officials argued for federal labeling guidelines.

Some time ago, I heard part of a radio program in which the host and her guests discussed how music, movies, and video games affect people's behavior. I didn't get to listen to the entire program, but there were a couple of things said during the part I listened to that I found interesting.

First, the host asked whether the fact that someone is committing crimes vicariously in video games — for example, taking on the role of a criminal in Grand Theft Auto — impacts their real-world behavior.

Second, one of the guests questioned whether the physical activity people are getting by playing Nintendo Wii is really doing much good for their health. Legislation concerning what children and adults do with their free time is often supported by "expert" analysis along these lines. Thus, attempts to regulate video games will have important implications for our safety and liberty.

The effect of video games on crime is not as obvious as it is often suggested. The same guest mentioned that the perpetrators of the 1999 Columbine school shootings were avid video game players and reported that, according to rumors, one of them had practiced for the raid by creating a mock-up of their school using a map editor from one of their favorite first-person shooters. Statistically, people who play violent video games are also those who are more likely to commit heinous crimes than others, and some experts infer from this correlation that violent video games encourage violence. On its face, the connection seems clear.

However, whether there is a real, causal relationship between video games and violence, or whether that relationship is correlation, is a deeper and more complex issue. For example, another plausible explanation is that the people who are likely to commit crimes are also likely to be attracted to violent video games. Therefore, what we observe is simply correlation, with both phenomena being explained by a common third factor.

Studies of the relationship between pornography and rape suggest that this thesis is more plausible than it might seem at first. Separate empirical studies by Winai Wongsurat and Todd Kendall have shown that increased access to pornography actually leads to reductions in the rates of divorce and rape. Wongsurawat cites the availability of PO boxes, which increase access to pornographic magazines but do not have an independent effect on crime, to identify the effect of pornography on sex crimes and divorce. Kendall looks specifically at the diffusion of internet pornography and shows that access to the internet and (presumably) internet pornography is associated with reductions in sex crime. Kendall's hypothesis that this is a causal relationship is strengthened by the fact that the effect is strongest for crimes committed by the group whose consumption of pornography is most likely to be affected by access to the internet: young males who live with their parents.

I am not aware of any studies that use similar methods to analyze the effect of video games on crime. However, if people are going to advocate restrictions on liberty, the burden of proof is on them to demonstrate that their hypothesized relationship is real and widespread enough to cause concern. For even if it is shown that violent video games lead to more crime, the case for government intervention is complicated by measurement issues, concerns over personal liberty and personal privacy, and the tendency for regulation to lead to ever more regulation.

Taking an "I-know-it-when-I-see-it" approach to identifying unacceptable video game violence — much like the standards currently used to define pornography — would introduce substantial uncertainty into production decisions, because there are no objective standards that define "acceptable" and "unacceptable." Politically made rules are also subject to political manipulation and a cat-and-mouse game of regulate-and-evade played by the regulators and the regulated. This will wastefully consume resources and lead to further encroachments on individual freedom as standards are contested.

Attempts to regulate cultural goods like video games may involve far more than considerations of personal liberties alone. Regulations that restrict access to pornography, for example, may actually increase the social problems they are intended to correct. Regulations restricting access to violent video games could do the same.