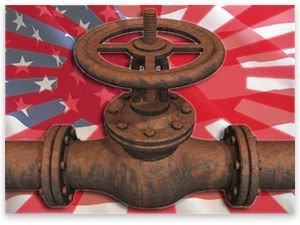 Relations with Japan had been strained for some time. The Roosevelt administration was fully aware of Japan's dependence on imports. Yet, as we have seen, it had terminated America's long-standing commercial treaty with her. After January 1940 Japan had to ask permission on a case-by-case basis whenever she wanted to import from the United States. In July 1940 the administration had further prohibited exports to Japan by requiring her to get a license to purchase aircraft engines and strategic materials. (When sale of aviation gas, defined by the United States as 86 octane or higher, was embargoed on July 1, 1940, she had contrived a way to use 76 octane in her planes.1) The administration was tightening an economic noose around Japan's neck bit by bit, forcing her to look elsewhere for the supplies and materials she had been accustomed to buying from the United States.

The Japanese had considerable commercial interests in southeast Asia, especially in French Indochina (now comprising the states of Vietnam, Laos, and Cambodia). After France fell in June 1940, Japan had negotiated with the Vichy government of unoccupied France for permission to occupy French Indochina, to take over bases there, and to maintain order. The rather helpless Vichy government had agreed. As trade with the United States became more difficult, Japan's interests in Indochina gained in importance and she turned more and more in that direction for the foods and raw materials she needed. Trade pacts concluded later with Indochina assured Japan of uninterrupted supplies of rice, rubber, and other needed raw materials.

US Ambassador Grew in Japan kept Roosevelt fully advised of her precarious economic situation and urgent need for imports. Chief of Naval Operations (NCO) Stark had warned the president of the danger of imposing an oil embargo on Japan. Stark had "made it known to the State Department in no uncertain terms that in my opinion if Japan's oil were shut off, she would go to war." He did not mean "necessarily with us, but … if her economic life had been choked and throttled by inability to get oil, she would go somewhere and take it … and if I were a Jap, I would" do the same.2

Many people, including Eleanor Roosevelt, the president's wife, were concerned about what Japan might be planning. In the fall of 1940, she had asked her husband about our continuing shipment of oil to Japan. FDR answered Eleanor on November 13, 1940,

The real answer which you cannot use is that if we forbid oil shipments to Japan, Japan will increase her purchases of Mexican oil and furthermore, may be driven by actual necessity to a descent on the Dutch East Indies. At this writing, we all regard such action on our part as an encouragement to the spread of war in the Far East. [Signed] F.D.R.3

Thus Roosevelt had been well aware for some time that stopping the export of oil to Japan was fraught with danger. Japan feared also that her assets in the United States might be frozen, making her economic situation still more perilous.

In February 1941 Sir Robert Craigie, the British ambassador in Tokyo, cabled his Foreign Office in London that Japan would soon move against British-held Singapore, then a vital commercial and communications link between Britain and her overseas dominions and colonies. Anthony Eden, British secretary of state for foreign affairs, called Mamoru Shigemitsu, the Japanese ambassador in London, into his office, and gave him "a thorough hauling over the coals" concerning the "extravagant and sensational telegrams" emanating from the British embassy in Tokyo.4

When Eugene H. Dooman, counselor at the US case-by-case embassy in Tokyo, called on Japan's vice minister for foreign affairs, Chiuchi Ohashi, Ohashi told him that "there was no truth whatever in Sir Robert's prediction." Ohashi said he had "repeatedly told Sir Robert that Japan would not move in Singapore or the Dutch East Indies, 'unless we (the Japanese) are pressed' (by the imposition of American embargoes)."

However, Ohashi went on to say that "if disorders beyond the power of the French to control were to arise in Indochina … we would be obliged to step in to suppress the disorders."5 Ohashi's assertion was one more reminder of the danger inherent in imposing embargoes on Japan.

This article is excerpted from Pearl Harbor: The Seeds and Fruits of Infamy, part 1, chapter 4, "U.S. Military Plans and Preparations" (2010).

Percy L. Greaves, Jr. (1906–1984) was a free-market economist for US News (the forerunner of US News and World Report) and authored several books on economics, including Understanding the Dollar Crisis and Mises Made Easier. He was also a seminar speaker and discussion leader with the Foundation for Economic Education. Percy and his wife Bettina Bien Greaves were long-time associates and friends of Ludwig von Mises, and regular attendants at Mises's New York University seminar.