Turning Piketty Right Side Up 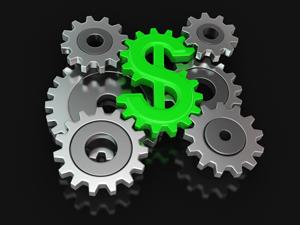 Thomas Piketty, a neo-Marxist French professor, has written a near-700-page book, published by Harvard University Press. His book is titled Capital in the Twenty-First Century, in honor of Karl Marx’s nineteenth century Das Capital. It has been greeted with fervent applause from the left-wing intellectual establishment and has been on The New York Times’s and Amazon.com’s best-seller lists.

While his book is ostensibly devoted to the study of capital and its rate of return, Piketty comes to his subject apparently without having read a single page of Ludwig von Mises or Eugen von Böhm-Bawerk, the two leading theorists of the subject. There is not a single reference to either of these men in his book. There are, however, seventy references to Karl Marx.

In his book, Piketty argues that saving and capital accumulation by wealthy capitalists serves to reduce wages. The capital accumulated does nothing to increase production, he claims. All that it accomplishes is allegedly to increase the share of national income going to profits while equivalently reducing the share going to wages. Because there is no additional production, the effect of the change in shares is a corresponding change in absolute terms, i.e., real profits up, and real wages down.

In order to avoid such endless destructive capital accumulation and its accompanying “inegalitarian spiral,” Piketty advocates a progressive income tax as high as 80 percent “on incomes over $500,000 or $1 million a year,” accompanied by a progressive tax directly on capital itself, as high as 10 percent per year.

Now Piketty’s claims about the wage and profit shares are refuted simply by imagining an increase in saving and investment by capitalists and then observing the consequences both for wage payments and for the amount of profit in the economic system. It will be found that wage payments necessarily rise and the amount of profit necessarily falls, results in diametric opposition to Piketty’s claims.

Thus, assume that initially the total amount of profit in the economic system is 200 units of money. (Each unit can be conceived as representing as many tens of billions of dollars as may be necessary for 200 units to equal the actual current amount of aggregate profit.)

Assume also that accumulated capital in the economic system is initially 2,000 units of money. Thus the initial average rate of profit is 10 percent.

And, finally, assume that the capitalists, who have up to now been consuming their 200 of profit, decide to save and invest half of it. They now make an additional expenditure for capital goods and labor in the amount of 100.

Whatever portion of this 100 is wage payments necessarily increases the total of wages paid in the economic system. At the same time, the spending of an additional 100 on capital goods and labor must sooner or later add 100 to the aggregate costs of production of business that are deducted from sales revenues, thereby equivalently reducing aggregate profits.

Thus, Piketty’s “findings,” as they are called, are reversed. The capitalists’ saving and investment that increases the ratio of accumulated capital to income, increases the wage share of national income and decreases the profit share.

Piketty’s program is one of unmitigated economic destruction. America and the world, above all the wage earners of the world, need the abolition of taxes and regulations that stand in the way of capital accumulation and the increase in production. Capital accumulation and more production, not egalitarianism and its absurd theories and programs, are the foundation of rising living standards in general and rising real wages in particular.