True Knowledge from A Priori Theory

How do we know about the outer world — or reality, for that matter? Where does our knowledge about it come from? The attempt to answer these questions leads to epistemology, the branch of philosophy dealing with the origin, scope, and validity of human knowledge.

In the epistemological debate, there are two archetypal and actually diametrically opposed concepts: empiricism and rationalism. Empiricism claims that sensory experience (observation) is man's main (or even sole) source of knowledge, while rationalism claims that his knowledge stems from human reason.

Hardly anyone would deny that there is knowledge that comes to us from sensory experience. Take, for instance, the knowledge that water freezes at zero degrees Celsius. It actually takes observation(s) to acquire such knowledge.

However, in the field of science, which formulates knowledge that applies universally, irrespective of time and place, rationalism holds that empirical knowledge gained through sensory experience doesn't have the same validity as knowledge deduced from reasoning.

Each of these explanations appears equally plausible. So which is the correct one? The first step towards answering this question is the understanding that employing a theory (an idea of putting together in a systematic fashion the knowledge one has of aspects of reality) is indispensible for observing "facts."

There is no such thing as a mere recording of unadulterated facts apart from any reference to theories. As soon as two events are recorded together or integrated into a class of events, a theory is operative.[2]

The notion of "letting the facts speak for themselves" without taking recourse to a theory is nonsensical.[3] Mises was aware that people's "reasoning may be faulty and the theory incorrect; but thinking and theorizing are not lacking in any action."[4]

How do we know, and how can we make sure, that we employ a correct theory? Fortunately, in social science a satisfactory answer can be given to these questions by taking recourse to a priori theory — meaning propositions that provide true knowledge about reality, and whose truth value can be validated independent of experience.

To explain, we have to turn briefly to the Prussian philosopher Immanuel Kant (1724–1804) and his groundbreaking The Critique of Pure Reason (1781). A central outcome of what Kant called transcendental investigation is his discovery of so-called a priori synthetic judgments.[5]

Analytical judgments repeat what the concept of the subject matter already presupposes. An example is All bodies are extended.

In order to know that bodies are extended one does not need experience, as this information is already in the concept of bodies.

The axiom of action meets the requirements of an a priori synthetic judgment. First, one cannot observe that humans act in the first place. For doing so, one needs an understanding of what human action is. This knowledge cannot be acquired through experience, because it comes from reason and not from experience.

Second, one cannot deny that humans act, for doing so would result in an intellectual contradiction. Saying "humans cannot act" is itself a form of human action, and it would thus contradict the statement's truth claim.

Mises also realized that, by using formal logic, other truth claims can be deduced from the irrefutably true axiom of human action. This approach he termed praxeology: the logic of human action. Mises reconstructed economics on the basis of praxeology.

Praxeology is a priori theory. It yields propositions about reality that are irrefutably true — propositions that can be validated without taking recourse to experience. Take, for instance, the concept of causality — the idea that each effect has a cause. It is logically implied in the axiom of human action.

As Mises put it,

Acting requires and presupposes the category of causality. Only a man who sees the world in the light of causality is fitted to act. In this sense we may say that causality is a category of action. The category means and ends presupposes the category cause and effect. In a world without causality and regularity of phenomena there would be no field for human reasoning and human action. Such a world would be a chaos in which man would be at a loss to find any orientation and guidance. Man is not even capable of imagining the conditions of such a chaotic universe. Where man does not see any causal relation, he cannot act.[7]

A priori theory offers an approach for reviewing, criticizing, and possibly revising commonly held theoretical explanations of historical events.[8] When (re)viewed from point of a priori theory, what can be said about the two observations that were rolled out at the beginning of this article?

The fiat-money injection lowers the market interest rate to below the natural interest rate (as determined by societal time preference), thereby enabling firms producing goods and services that do not correspond to the market's true demand. It induces a boom, which must then result in a bust.

The increase in production that comes with fiat-money expansion is unsustainable and will be corrected sooner or later. Output gains from fiat-money-induced activities may tend to show up earlier than the output losses that come with it, giving the sensory impression that an increase in fiat money can increase output. The truth is, however, that fiat-money creation does not increase peoples' standard of living, but rather lowers it compared to a situation in which there is no rise in the fiat-money supply.

This lowers the incomes of homesteaders, producers, and contractors, and thus necessarily raises their respective time preference. As a result, savings and investment will decline, and capital stock and real wages will grow slower (or may even decline) compared with a situation where there is no taxation.

A priori theory provides true knowledge about the outer world, and the truth of knowledge derived from a priori theory can be validated independent of sensory experience.

By no means less important, a priori knowledge trumps empirical knowledge: "A proposition of an aprioristic theory can never be refuted by experience."[9]

Praxeology, the a priori science of human action, and, more specifically, its up to now best-developed part, economics, provides in its field a consummate interpretation of past events recorded and a consummate anticipation of the effects to be expected from future actions of a definite kind.[10] 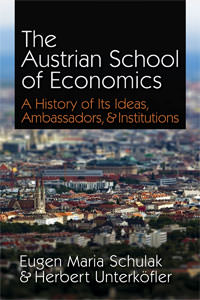 An a priori theorist can thus decide in advance (that is, without engaging in social experimentation, or testing, for that matter) whether or not a given action — policy measure — can bring about the promised effects.

For instance, we know a priori that issuing fiat money does not create economic prosperity, that tax- or debt-financed government spending does not improve society's material well-being, and that these measures are actually economically harmful.

A priori theory is an intellectually powerful defense against promises made by false theory and its detrimental (even disastrous) economic consequences if put into practice. Students of social sciences should therefore be increasingly encouraged to engage in a priori theory.

[5] A highly recommendable introduction is written by Marcus Weigelt in his Introduction to Kant, I. (2007 [1781]), Critique of Pure Reason, Penguin Books, pp. xv–lxix.

[8] See, for instance, Hoppe, H.H. (2006), Democracy, The God That Failed: The Economics and Politics of Monarchy, Democracy, and Natural Order, Transaction Publishers, New Brunswick (US) and London (UK), in particular his Introduction, pp. xv–xix.