The Tragedy of Immigration Enforcement 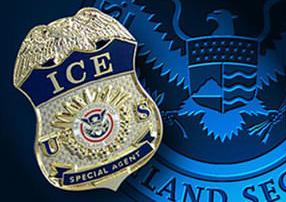 Here's the problem. If you give government a job to do, even one that seems justified in the abstract, it will use its power to make a terrible mess in practice. This is true in a host of areas from welfare to warfare, but it is even true in the complicated area of immigration.

Just imagine this. The owners of Chuy's Mesquite Broiler in Phoenix and 13 other locations around western states have been kidnapped from their popular restaurants and dragged to jail. This will be followed by trial, and certain personal bankruptcy. They could face 80 years in prison. In the raid, "Homeland Security" stole their computers, their accounting and employment records, and walked out the door — just like a gang of thieves. The only difference is that these thugs operate under the cover of the law.

And what evil did these restaurateurs do? Were they poisoning people, stealing customers' wallets, secretly running an assassination conspiracy, sending in the predator drones against people they hate, or what? To lock anyone away for life is a shocking sentence, so surely the punishment must fit the crime. Psycho sniper murderers have gotten less.

What they are alleged to have done is to hire people who don't have the proper bureaucratic forms filled out for them. That's all. Nothing more. It is being done in the name of immigration enforcement and cracking down on illegals. The workers themselves are untouched by any of this. Their benefactors — and the benefactors of society — are the ones being targeted with police-state tactics.

The government is busting up a whole series of voluntary labor relationships that are designed to provide people with good food. Let us be clear: to the extent that many people object to illegal immigration, it has nothing to do with those who go to work and make an honest living doing things like working in restaurants. The problem with illegal immigration is related to other issues that drive people crazy, like going on welfare, engaging in actual (not pretend) crime, and demanding tax-funded support services.

People finding jobs to do and other wonderful commercial things is a praiseworthy aspect of immigration, legal or illegal. In fact, there are millions of jobs in this country that would simply not be done at the current price without such immigration, and this is true in a vast range of industries from housing to horticulture. American natives think too highly of themselves to accept these jobs at the market price.

And it is this very thing that government, given the power to enforce immigration statutes, wants to crack down on, not by rounding up workers, which would be bad enough, but by criminally prosecuting the business owners themselves, the people who are not only providing jobs but also providing good food for the public. The whole thing boggles the mind.

But the utilitarian will object. Yes, these tactics are rough, with results that are regrettable for property owners and those who like to dine out, but at least it helps address our nation's problems with illegal immigration.

But will it? If mainstream employers are afraid of lifetime jail terms, they will not hire. And that leaves only marginal employers to pick up the slack. These include drug operations, fly-by-night underground businesses, gray markets, prostitution rings, and other things from the seedier side of life.

Or the result could be no employment at all, which means turning to crime itself. In other words, these efforts attempt to stop the best part of immigration and enhance the worst. For this we can thank the government.

Try to think of this issue in terms of the risk to attempting illegal immigration. No one on the other side of the border, faced with a porous fence, is thinking, I'll take this risk only on the condition that I can go to work for Chuy's Mesquite Broiler.

No, they will come anyway. In order to eliminate every possible job opportunity for immigrants, the Obama administration will have to jail and terrorize vast numbers, destroying the commercial life of major swaths of the country. This is a catastrophic plan that amounts to a fundamental attack on liberty, and the nationalization of the service industry. (I should add that I prefer illegal immigration to legal, because we have far too many citizens able to vote themselves other people's property, and too few people who want to work hard for a living.)

Just as George Bush used national security as the great excuse to shred the Bill of Rights, the Obama administration is using illegal immigration as the excuse to achieve the socialist dream of bringing employer-employee relations entirely under government purview. It is a form of micronationalization.

And why? Socialist ideology plays a role here, and another authoritarian antimarket ideology, protectionism. But if you look closely enough at this enforcement, you will find the hand of Obama-affiliated big labor unions at work behind the scenes. It's not that they are against immigrants. The unions hate any employee who works for the going market wage. As their power and influence continues to fall (although not in DC), they are resorting to ever more desperate tactics to shore up their slipping cartel.

You can see, then, that this crackdown has nothing to do with nationalism or racialism or securing the borders or anything else. It is all about bolstering the power of the state and its unions over the American economy, and making the rest of us poorer.