GET NEWS AND ARTICLES IN YOUR INBOXPrint
A
A
Home | Mises Library | Too Many or Too Few People?

Too Many or Too Few People? 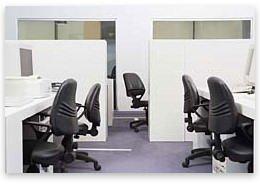 A news story I read recently is truly a keeper. A regional government in Russia has officially given couples time off from work to procreate. Not only that, they get a valuable prize if the baby is born on June 12. Dave Barry should have a field day with this one. It is a keeper, however, not only for its entertainment value, but also because it highlights the state of the world in less than hyperbolic terms.

Russia has been sustaining a real decline in population. It is offering families significant payments to have babies, calling the population reduction the country's most acute problem. Most developed countries have low replacement rates. The United States population is still growing, but an estimated three fourths of that growth is from immigration or births to immigrants.

Population growth has been much slower in developed countries than developing countries. In 1950, Europe accounted for 22 percent of world population. As of 2001, it was 13 percent. According to the UN World Population Database, it is expected to be 7 percent in 2050.

The greatest growth, by far, is in the developing countries. They started growing significantly about 1950 and that period of rapid growth is projected to proceed until about 2050. It would appear that people in developing countries suddenly learned how to make babies in 1950. The fact is, however, that the number of births per woman in developing countries is declining and is currently half of what is was in 1950. There is a very good reason for the increased rate of growth while birth rates halved, though you won't hear much about it on the news. As one UN consultant is quoted as saying, "It's not that people suddenly started breeding like rabbits; it's just that they stopped dropping like flies."

Healthier people live longer. People who are not starving are healthier. People who have private property and even a minimum level of wealth are able to buy food, medical care, housing and everything else that makes for a healthy life. People are living longer in developing countries because, in general, they are gaining and keeping wealth. That is not to say they are well off or that all share the gains.

The problem in most poor societies is oppressive, corrupt government that doesn't protect the rights of the people. Without secure property rights, there will not and cannot be any significant development. When governments steal from the people or do not protect them from thugs that do, there is little hope for progress, no matter how many billions of dollars of foreign aid are sent there.

People in developing countries tend to have large families for the same reason that settlers in the United States did. They needed lots of hands just to survive. Children work because their families would starve if they didn't. Without proper tools, equipment, buildings and business organizations, all of their time is spent on subsistence. Without protection of their assets, there is little incentive to save or to buy labor-saving devices. They will likely be stolen. Developed countries developed because rights were protected. Families in developed countries have fewer children because they can make it without them. As developing countries develop further, families there will have fewer children also, because they won't need them.

Environmentalists and others like to point to charts such as the following, as if to instill the fear of people in our hearts. Be very afraid.

But in fact the chart actually reveals something that should bring us great joy, not dread. The population rise from the period of the Renaissance to the present actually represents the rise of capitalism and capital development. It is both the cause and the sustaining source.

What it shows is the stunning capacity of freedom to provide for the whole world. If you took the population of today and plugged it into a pre-capitalist age, there would be mass death, to be sure. Supporting this level of population growth requires free economies. There is really no other choice for us.

And what about the future? Where will the food come from to feed all of these people? It will come from development. We now have more food per person than we used to, even though world population has doubled since 1961. Developing populations increased per capita calorie intake by 38 percent. The problem of food is a problem of development. As societies advance through trade, so will the food supply.

The future is not knowable. There will be many historic events that we can't foresee, events that will have a significant impact on the human population and on the world we live in. We do know, however, that free people are better able to adapt and prosper than unfree people, in whatever situation the future holds.