Three Centuries of Boom-Bust in Spain 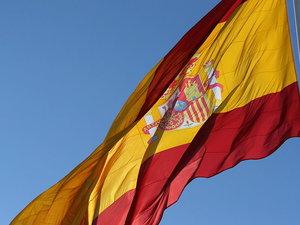 For Spain, 1492 was a transcendent year. The discovery of the New World and the vast hordes of gold and new riches was a springboard vaulting Spain from a barely-known kingdom in medieval Europe, to the most influential global power of the day.

However, this process was not immediate. Despite the vast gold inflows that Spain received, the discovery was a mixed blessing. During this prosperous time, the Spanish Crown declared itself bankrupt nine times: 1557, 1575, 1596, 1607, 1627, 1647, 1652, 1662, and 1666. Spanish finances did not improve significantly until after the War of the Spanish Succession (1701–14) when the Bourbons succeeded the Habsburgs to the Spanish throne.

War and Inflation under the Habsburgs

The seeds of modern Spain were sown when Queen Isabella and King Ferdinand unified the Kingdoms of Castile and Aragon in the fifteenth century. Their eldest daughter, Juana, was crowned upon their deaths. Since Juana’s husband, Philip, was Austrian, this also meant that the Habsburgs became the royal house of the newly unified Spain.

It was during the reigns of Philip and Juana’s son Charles I (1500–58) — and, in turn, his son Philip II (1527–98) — that Spain achieved its pinnacle of international power and influence. Rich with gold from the New World, the later Spanish Habsburgs poured great amounts of money into the military and pursued a religious crusade against the growing Protestant secessionist movement in Northern Europe.

The result of this flow of gold from Spain to Northern Europe has been well-studied. Richard Cantillon described the pernicious effects of monetary expansion with what is now called the Cantillon effect. Inflation caused high prices to spread like a wave across Europe, mostly following the path of the Spanish troops as they marched to the drum.

It is important to note, however, that the average Spaniard’s income did not increase over this period as only a few directly benefited from trade with the Americas or were involved in the new wartime economy. Spaniards as a whole were becoming poorer since the discovery of the Americas.

During the reign of Philip III (1578–1621) the crown declared its fourth bankruptcy. As a mercantilist economy, new policies were implemented in a vain effort to escape the crown’s financial problems. The government issued a new copper coinage aimed at paying off its creditors without resorting to direct taxation. Much to the crown’s dismay, the new “vellón” was not well received because it was not made of gold, and it never attained widespread acceptance.

During the reign of his successor, Philip IV (1605–1665), Spanish wars continued throughout Europe. Meanwhile, in Spain, farmers struggled with frequent droughts which made food expensive and scarce, while  government-backed privileges to the elites continued mismanagement of much of the land. Chief among these privileges was the “Mesta” (an association of sheep ranchers) who enjoyed the right to graze their animals freely anywhere in the kingdom. Making the situation worse, the Black Death made a brief reappearance.

With a decreasing population and active war fronts in Europe, the king needed a solution that would expand Spain’s military forces. The king’s prime minister, the Count-Duke of Olivares, came up with the “Union of Arms,” a new law that would increase military cooperation between the kingdoms ruled by Philip IV (Castile, Aragon, Portugal, Naples, Sicily, Milan, and Spanish Netherlands).

Before this, it was Castile and its people — plus the Americas — which bore all military expenses. The Union of Arms distributed the cost of war across all the kingdoms, and thus diffused the full cost away from the King’s native Castile. But, by the end of Philip’s reign, gold coming from the Americas was still being spent on an increasingly inefficient military that was losing wars. These defeats led to independence movements in both Portugal and the United Provinces (the Netherlands).

The Empire Enters Its Final Decades

The last Habsburg monarch of Spain, Charles II (1661–1700) did not father an heir. After his death, the pretenders to the Spanish throne were his great-nephews Charles (Austria) and the future Philip V (France). The War of the Spanish Succession began with France and Spain united against Austria. The war ended in 1713 with the Treaty of Utrecht in which Spain lost its European territories to Austria.

As a broken nation with a newly established French dynasty under the Bourbons, Spain faced many challenges. The Spanish economy had foundered under Carlos II, particularly in Castile. The country’s population decreased by nearly two million people during the seventeenth century, partially due to plagues and wartime causalities, but more so due to emigration to the New World as Spaniards sought a better life.

The first Bourbon monarchs of Spain were Philip V and his sons: Louis I, Ferdinand VI, and Charles III. The country’s structures were still medieval with each region having its own laws and privileges as opposed to the centralist mentality of the Bourbons, who firmly believed in uniformity.

Charles III (1716–1788) is referred to as either an enlightened despot or a liberal reformer as his reforms responded to the deficiencies of the previous mercantilist period. Charles adopted a relatively peaceful attitude toward foreign affairs. Having cut wartime expenditures, he explored new possibilities for filling the state’s coffers.

His first measure was building new shipyards to improve Spanish shipping and speed up the arrival of gold from the Americas. Charles could be considered an early liberal in the sense that his reforms were oriented to opening trade relations and removing special privileges that certain groups held. (Of course, not all his policies were beneficial: in order to stimulate Spanish industries he placed levies on foreign products, though at least he had the prescience to remove internal barriers in the Iberian Peninsula so that goods could be traded freely throughout the territory.)

Charles also sought to improve Spanish competitiveness when trading with the colonies by opening commerce with the Americas to eight new ports in Spain in 1765. Previous to the liberalization, Cadiz held a monopoly.

With these reforms, the Spanish economy started its revive. Charles planned further reforms in the agricultural sector, and he reduced the privileges of the sheep ranchers and expropriated the communal lands of the Spanish countryside to sell them to private individuals, thus ending centuries of neglect created by what can today be seen as a tragedy of the commons.

This period of liberalization and relative prosperity lasted until 1808 when Napoleon invaded Spain.

Lessons from Three Centuries of Booms and Busts

The Napoleonic Wars marked the end of a three-centuries long “boom-bust-boom” cycle in Spain that started with the discovery of the New World in 1492, and was marked by inflation, war, mercantilism, and a variety of government monopolies and interventions.

Although the country seemed wealthy at many times during this period, the average Spaniard lived in continued poverty, and it was only with the reforms brought by the early Bourbon monarchs that many Spaniards began to enjoy the benefits of trade and liberalization that many Europeans elsewhere had long since discovered.

Three Centuries of Boom-Bust in Spain

Following the discovery of the Americas, Spain began a 300-year period of booms, busts, war, and mercantilism. Only...