GET NEWS AND ARTICLES IN YOUR INBOXPrint
A
A
Home | Mises Library | There Is No End to History, No Perfect Existence

There Is No End to History, No Perfect Existence 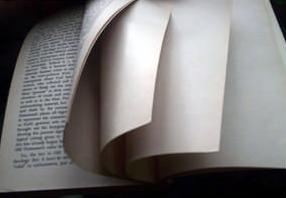 All doctrines that have sought to discover in the course of human history some definite trend in the sequence of changes have disagreed, in reference to the past, with the historically established facts and where they tried to predict the future have been spectacularly proved wrong by later events.

Most of these doctrines were characterized by reference to a state of perfection in human affairs. They placed this perfect state either at the beginning of history or at its end or at both its beginning and its end. Consequently, history appeared in their interpretation as a progressive deterioration or a progressive improvement or as a period of progressive deterioration to be followed by one of progressive improvement. With some of these doctrines the idea of a perfect state was rooted in religious beliefs and dogmas. However, it is not the task of secular science to enter into an analysis of these theological aspects of the matter.

It is obvious that in a perfect state of human affairs there cannot be any history. History is the record of changes. But the very concept of perfection implies the absence of any change, as a perfect state can only be transformed into a less perfect state — i.e., can only be impaired by any alteration. If one places the state of perfection only at the supposed beginning of history, one asserts that the age of history was preceded by an age in which there was no history and that one day some events which disturbed the perfection of this original age inaugurated the age of history. If one assumes that history tends toward the realization of a perfect state, one asserts that history will one day come to an end.

It is man's nature to strive ceaselessly after the substitution of more satisfactory conditions for less satisfactory. This motive stimulates his mental energies and prompts him to act. Life in a perfect frame would reduce man to a purely vegetative existence.

History did not begin with a golden age. The conditions under which primitive man lived appear in the eyes of later ages rather unsatisfactory. He was surrounded by innumerable dangers that do not threaten civilized man at all, or at least not to the same degree. Compared with later generations, he was extremely poor and barbaric. He would have been delighted if opportunity had been given to him to take advantage of any of the achievements of our age, as for instance the methods of healing wounds.

Neither can mankind ever reach a state of perfection. The idea that a state of aimlessness and indifference is desirable and the most happy condition that mankind could ever attain permeates utopian literature. The authors of these plans depict a society in which no further changes are required because everything has reached the best possible form.

In utopia there will no longer be any reason to strive for improvement, because everything is already perfect; history has been brought to a close. Henceforth, all people will be thoroughly happy.1 It never occurred to one of these writers that those whom they were eager to benefit by the reform might have different opinions about what is desirable and what not.

A new sophisticated version of the image of the perfect society has arisen lately out of a crass misinterpretation of the procedure of economics. In order to deal with the effects of changes in the market situation, the endeavors to adjust production to these changes, and the phenomena of profit and loss, the economist constructs the image of a hypothetical, although unattainable, state of affairs in which production is always fully adjusted to the realizable wishes of the consumers and no further changes whatever occur.

In this imaginary world tomorrow does not differ from today, no maladjustments can arise, and no need for any entrepreneurial action emerges. The conduct of business does not require any initiative; it is a self-acting process unconsciously performed by automatons impelled by mysterious quasi instincts. There is for economists (and, for that matter, also for laymen discussing economic issues) no other way to conceive what is going on in the real, continually changing world than to contrast it in this way with a fictitious world of stability and absence of change.

But the economists are fully aware that the elaboration of this image of an evenly rotating economy is merely a mental tool that has no counterpart in the real world in which man lives and is called to act. They did not even suspect that anybody could fail to grasp the merely hypothetical and ancillary character of their concept.

Yet some people misunderstood the meaning and significance of this mental tool. In a metaphor borrowed from the theory of mechanics, the mathematical economists call the evenly rotating economy the static state, the conditions prevailing in it equilibrium, and any deviation from equilibrium disequilibrium. This language suggests that there is something vicious in the very fact that there is always disequilibrium in the real economy and that the state of equilibrium never becomes actual.

The merely imagined hypothetical state of undisturbed equilibrium appears as the most desirable state of reality. In this sense some authors call competition as it prevails in the changing economy imperfect competition. The truth is that competition can exist only in a changing economy. Its function is precisely to wipe out disequilibrium and to generate a tendency toward the attainment of equilibrium. There cannot be any competition in a state of static equilibrium because in such a state there is no point at which a competitor could interfere in order to perform something that satisfies the consumers better than what is already performed anyway.

The very definition of equilibrium implies that there is no maladjustment anywhere in the economic system, and consequently no need for any action to wipe out maladjustments, no entrepreneurial activity, no entrepreneurial profits and losses. It is precisely the absence of the profits that prompts mathematical economists to consider the state of undisturbed static equilibrium as the ideal state, for they are inspired by the prepossession that entrepreneurs are useless parasites and profits are unfair lucre.

The equilibrium enthusiasts are also deluded by ambiguous thymological connotations of the term "equilibrium," which of course have no reference whatever to the way in which economics employs the imaginary construction of a state of equilibrium. The popular notion of a man's mental equilibrium is vague and cannot be particularized without including arbitrary judgments of value. All that can be said about such a state of mental or moral equilibrium is that it cannot prompt a man toward any action. For action presupposes some uneasiness felt, as its only aim can be the removal of uneasiness.

The analogy with the state of perfection is obvious. The fully satisfied individual is purposeless, he does not act, he has no incentive to think, he spends his days in leisurely enjoyment of life. Whether such a fairy-like existence is desirable may be left undecided. It is certain that living men can never attain such a state of perfection and equilibrium.

It is no less certain that, sorely tried by the imperfections of real life, people will dream of such a thorough fulfillment of all their wishes. This explains the sources of the emotional praise of equilibrium and condemnation of disequilibrium. However, economists must not confuse this thymological notion of equilibrium with the use of the imaginary construction of a static economy. The only service that this imaginary construction renders is to set off in sharp relief the ceaseless striving of living and acting men after the best possible improvement of their conditions. There is for the unaffected scientific observer nothing objectionable in his description of disequilibrium. It is only the passionate prosocialist zeal of mathematical pseudoeconomists that transforms a purely analytical tool of logical economics into an utopian image of the good and most desirable state of affairs.