Terminus on the Road to Serfdom 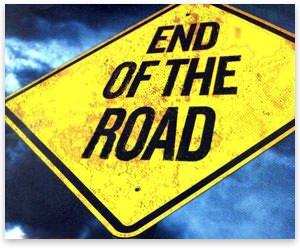 Benjamin Franklin once remarked that the only certain things in life are death and taxes. Modern entitlement programs have created a situation in which efforts to avoid death will make tax burdens unbearable.

Boston University economist Laurence Kotlikoff estimates the current fiscal gap for the American government at $202 trillion. The largest items in this projection of federal obligations are the entitlements: Social Security, Medicare, and Medicaid. The tax burden of entitlement programs will skyrocket as 78 million baby boomers retire. Passage of Obamacare has only added to future tax burdens.

Is this $202 trillion figure real? Baby boomers believe so. Baby boomers have planned their retirements on the expectation that entitlement programs will cover a large part of their expenses, especially where future medical expenses are concerned. To younger Americans such a large overall federal debt must seem impossible. We can be sure that at some point taxpayers will refuse to support everything that the federal government has promised to fund through its programs and entitlements.

American taxpayers will simply not be able to afford the taxes required to fund projected federal spending. We will at some point have to control costs.

Paul Krugman has admitted that we will have to make difficult choices in the future. Krugman's solutions are to increase revenue with a European-style value-added tax and to reduce future medical costs with death panels. Krugman's remark has shocked many people. Krugman is, after all, highly regarded by the most enthusiastic supporters of federal entitlement programs. Krugman's remarks are shocking to idealistic persons who see entitlements as a sacred trust, handed down from FDR and LBJ. Idealists see Social Security as the crown jewel of the New Deal and Medicare as the mark of a society that cares about the elderly.

Krugman is simply being a realist, at least at one level. We do not have unlimited resources. The medical expenses of retired baby boomers will overwhelm American taxpayers unless costs are cut. The fact of the matter is that a disproportionate percentage of medical costs occur in the final months of life. Controlling the costs of the public funding of medical care means deciding when people will die.

In his classic book The Road to Serfdom, Friedrich Hayek explained how socialism gradually erodes individual liberty. While we do not have overt socialism in America, entitlement programs have socialized a large part of the costs of retirement. Hayek predicted the type of scenario we now face with funding healthcare expenses for retirees. Hayek describes a process by which power gets concentrated and abused. Democratically elected representatives cannot manage the day-to-day operations of large, modern industries. Elected politicians are prone to lengthy debate and gridlock. Modern economies are too complex and change much too quickly for the democratic process to keep pace. Unelected bureaucrats must manage the operation of a social-welfare state.

People will compete for positions of high authority in the government bureaucracy. What kind of people have the best chance of winning a power struggle? High-minded idealists are at a disadvantage in power struggles. People who intend only to help others are not likely to be the best at using and retaining governmental power. The most ruthless people tend to succeed at wielding coercive power, and kind-hearted people will find themselves at a disadvantage in making practical decisions on how to most effectively use the power of the state.

Paul Krugman has pointed to the harsh realities of our own social-welfare state. Idealistic welfare-state liberals would simply like to provide for everyone's needs. The reality of scarcity means that we must ration state-provided goods. If we are to avoid national bankruptcy and provide publicly financed medical coverage, some bureaucrats will have to assume positions on "death panels" and decide when to deny funding of medical care. Kindhearted people will not be able to do this job. High-minded idealists will not be able to do this job.

Fears regarding death panels are warranted because the only people really able to do this job are the last ones we should want making these decisions. Death panels are at the terminus of our own road to serfdom. Paul Krugman has simply taken a hard look into the abyss of our social-welfare bureaucracy and seen its true nature. The only question is whether he finds this dismal result acceptable or inevitable.

Perhaps Krugman thinks that bureaucratization of healthcare, with its death panels, is inevitable. He may think that we face harsh realities of both scarcity and bureaucratization. Of course, there is an option: privatization and deregulation of healthcare. Is this a viable option? Krugman is well-known for his criticism of free markets. Krugman's own economics textbook (Microeconomics, coauthored with Robin Wells) is supportive of a welfare-entitlement state. Krugman and many others like him believe in redistribution, economic "rights," and so-called social justice. At best, these claims are arbitrary value judgments, and at worst they are bad economics. People like Krugman do not simply believe that markets for healthcare fail badly. These people never wanted to believe that markets could work well in the first place.

"Fears regarding death panels are warranted because the only people really able to do this job are the last ones we should want making these decisions."

People can also pay for medical expenses out of pocket. Some might object to this on the grounds that medical expenses are very high. How can people afford to pay privately? I would respond by asking, how can we more easily afford to pay for healthcare publicly through taxes? Government only has the money we can afford to pay in taxes, nothing more. Furthermore, our current system of government-subsidized and government-regulated healthcare has done little to control healthcare costs. We already have bureaucratized healthcare: it is a costly and rigid system.

Neither private insurance nor out-of-pocket payments will result in an ideal situation. However, private means of financing — either by deciding how much insurance to buy or how much to spend yourself — makes healthcare funding a personal decision, and rightly so. The decision to spend on healthcare is ultimately a decision on "planned mortality." What could be more personal than planning the final stages of life?

Ludwig von Mises explained the costs and rigidity of bureaucratized systems in his 1944 book, Bureaucracy. Experience with 20th-century welfare-entitlement states has proven that Mises was right about the inefficiency of bureaucracy. Do we want to wait to see Hayek's predictions about bureaucratic tyranny realized? The future we face with higher Medicare costs and death panels is the direct result of a past generation of Americans deciding that healthcare funding is a right guaranteed by government. The people behind this decision had good intentions but a utopian scheme.

It is now becoming all too obvious that our path is not leading us toward an ideal social democracy but taking us to the worst type of bureaucratic control. Capitalism offers more effective and more humane ways of dealing with mortality.