GET NEWS AND ARTICLES IN YOUR INBOXPrint
A
A
Home | Mises Library | Tax Consumers, Taxpayers, and the Cox Box 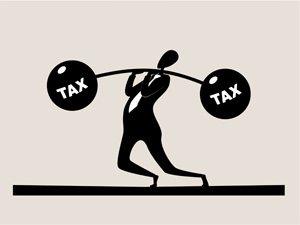 Years ago I joked that every economist’s highest goal was to have a graph or concept named for him or her. Among the existing ones are the Keynesian Cross Graph, the Edgeworth Box, the Phillip’s Curve, the Laffer Curve, Rothbard’s Law, Buridan’s Ass, Mises’s Butler, Hume’s Specie-Flow Mechanism, Rostow’s Stages of Growth, the Ricardo Effect, Menger’s Law, the Beveridge Curve, and Hayek’s Triangles.

I came up with a way of visually depicting libertarian class analysis in the 1980s but never shared it beyond a friend or two. But now I immodestly present what I have called the Cox Box.

Here is how John Calhoun stated libertarian class analysis in his Disquisition on Government in 1848:

The necessary result ... is to divide the community into two great classes: one consisting of those who, in reality, pay the taxes and, of course, bear exclusively the burden of supporting the government; and the other, of those who are recipients of their proceeds through disbursements, who are, in fact, supported by the government; or in fewer words, to divide into tax-payers and tax-consumers. ... The effect ... is to enrich; and strengthen the one, and impoverish and weaken the other. 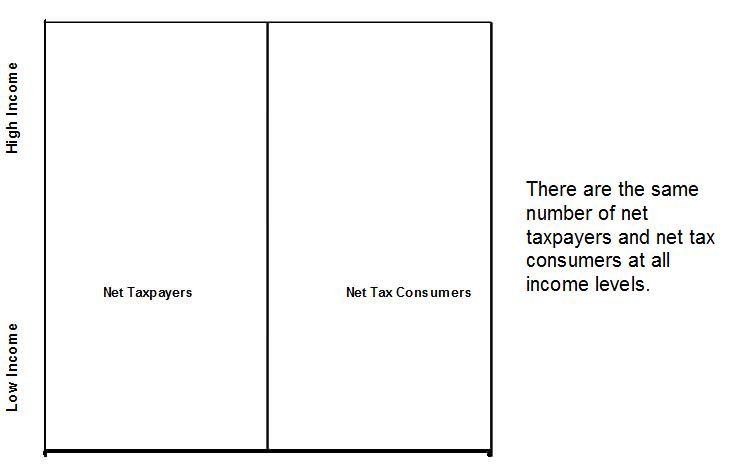 We know, however, that tax consumption can very significantly at various income levels. What are some of the specific examples of the ways one is a tax consumer in the modern US? Among the higher incomes these transfers include farm subsidies, mortgage guarantees, bank bailouts, overseas marketing subsidies, and the recent Quantitative Easing to pump up the stock market (to name only a few of the many). At the lower income levels, these transfers include the SNAP program, rent subsidies, unemployment benefits, and Medicaid (again, to name only a few of the many). 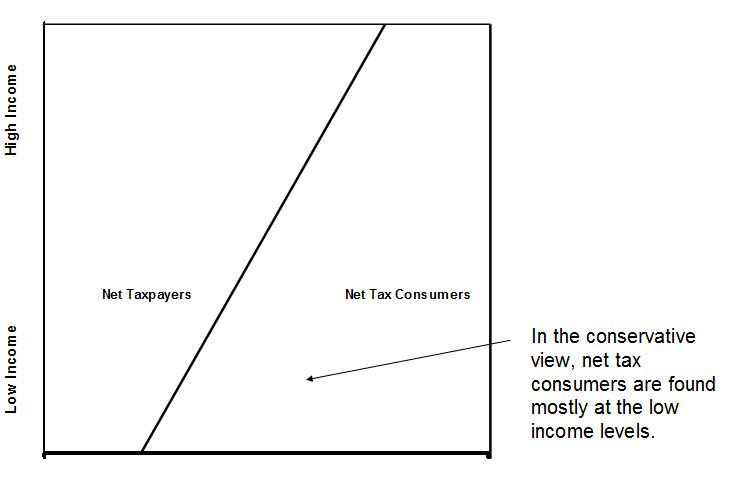 Conservatives, however, tend to overlook the money that so many higher-income earners receive from their crony capitalist connections within government. So, firms such as General Motors do earn their revenues from willing customers but also have enjoyed taxpayer-financed bailouts and protection from their potential competitors through various regulations. 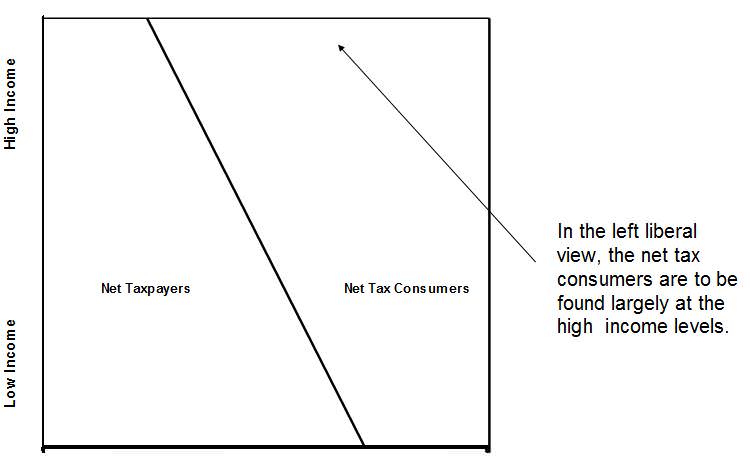 Libertarians in contrast favor Figure 4 with higher-income earners using their political connections to arrange money flows to themselves. At the same time, ideological pressures result in a political buying off of the desperate lower income groups who have been shut out of opportunities to better their circumstances via licensing costs, minimum wages, regulations and more. 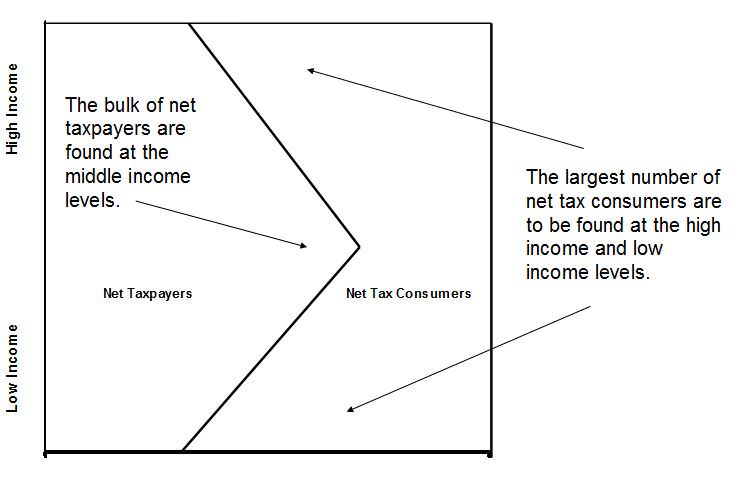 Libertarians in particular see a troubling drift over time to the left of the diagram as net taxpayers are increasingly outnumbered by net tax consumers. As Mises pointed out in Bureaucracy, this will eventually lead to the destruction of the economic system.

Cox Box analysis will reveal a different mix of taxpayers and consumers at different income and wealth levels in different societies, times, and places. In the modern United States, however, we find an economy in which those at the income extremes appear to most easily take advantage of taxpayer-funded benefits while those at the middle income levels are increasingly called upon to finance the expenditures. Moreover, libertarians see the country as being transformed from a society of free individuals voluntarily interacting with one another into a heavily-politicized society wherein the government is involved — by various means — in virtually every facet of life.

Jim Cox is a retired professor of economics and political science and the author of The Concise Guide to Economics, Minimum Wage, Maximum Damage, and most recently, The Haiku Economist.