GET NEWS AND ARTICLES IN YOUR INBOXPrint
A
A
Home | Mises Library | Target: Google 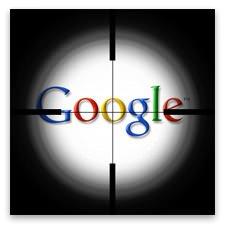 It was only a decade ago that the Clinton Administration had decided that Microsoft was an Enemy of the People and tried (mostly unsuccessfully) to litigate the company into oblivion. While the principals in that set of lawsuits have gone on to other things, the "anti-monopoly" propaganda machines are turning their sights elsewhere. It seems that Google, the powerful and innovative Internet search engine, now enjoys the title of "Most Hated Company."

Now, if this were an article criticizing the 6.7 million "Hate Google" links that have sprung up (yes, you can use Google to find anti-Google sites ), it would be quite short. Those people who don't like Google can use Alta Vista, Yahoo, or some other search engine, and that should be the end of it. And if they wish to spend a good part of their day blasting Google on blogs or in emails, that is their business.

Google is no longer just a search engine of course. It offers premium email, instant messageing with voice, online books and media, maps and directions, web-use analytics, advertising programs, among a hundred other fast-changing, super-innovative ideas. For years now, it has been on the cutting edge, and the company shows no sign of slowing down. The competition seems constantly on the defensive. Many people believe that if the Windows OS is ever taken down a peg or two, it will be because of some Google innovation.

Its success is driven entirely by the consumer's evaluation of its quality. Google innovates but it is the market that renders the verdict.

When it comes to the law, however, I fear that we are not at the end, but rather the beginning, and the people at Google should be worried. If Microsoft's error was not being politically astute when the Clinton Administration took aim at the software company, then perhaps Google's big "mistake" is being aligned closely with the political party that happens to be out of power.

According to CNN, 98 percent of political contributions from Google employees went to candidates who were Democrats, and Google's search policies are decidedly left-wing. (For example, Google refused to run an advertisement for Candice E. Jackson's book Their Lives, which is critical of Bill Clinton's behavior toward women.)

In the libertarian view of things, Google has (and should have) the right to run those things they wish to run and extend its right of refusal to whatever it chooses. The politics of Google, its CEO, and its employees are irrelevant in the larger scheme of things and are private matters. However, politicians are not the sort of people to permit individuals to live and work as their conscience dictates, and I would not be surprised if the Bush Administration decides to use antitrust law (a term that in my view is an oxymoron) to punish the company.

Granted, the suit would have no legal or economic merit (although one can say that about any antitrust case), but searching 90-year-old grandmothers in wheelchairs who are trying to board planes has no merit, either, yet the government does it.

The vindictiveness against Google stems from the fact that people choose to use that particular search engine more than they do other searchers. Other people don't like the way that Google ranks websites, which means that a site that someone may think is the Most Important Website in the World is buried deep among the many other sites on the same subject.

But the biggest current complaint against Google is that it is just "too big." We hear things like "Google controls 80 percent of the market" for search engines, yet that statement is nonsense. Google does not "control" anything on the Internet. People have to choose to avail themselves of Google's services. No one is forced to use the Internet at all and, thus, can avoid Google altogether if that is their choice.

These things should be obvious to anyone, yet antitrust law is not based upon what is obvious. In fact, antitrust law does not even constitute good law, since the violations of the law, such as "restraint of trade" or "monopolizing a market" are not readily defined. "Recognizing" a "monopoly" depends upon how one chooses to delineate the term.1 That fact alone should make one recognize the political nature of antitrust "enforcement."

The vagueness of antitrust law makes it easy for government to heap abuse upon those firms that are out of favor at any given time, as no real legal proof is needed for the courts to act against the alleged "monopolist." All that is needed is an allegation and a friendly judge, and prosecutors and the news media will perform the rest of the job.

As Dominick Armentano, one of the world's best experts on the subject of antitrust, writes:

There is much historical evidence (especially at the state level) to suggest that the laws were intended by business and agricultural interests to restrict and restrain efficient competition, much like tariffs and quotas still do in international trade.

But regardless of original intent, any objective study of antitrust cases would reveal that the laws have never been used to protect consumers from monopoly power. On the contrary, they have been used by government and private plaintiffs (90% of all antitrust cases are private) to attack and destroy successful companies while protecting their inefficient competitors.

It's no accident that in all of the classic antitrust cases in business history, the indicted firms were expanding output, innovating rapidly, and lowering their prices. Antitrust has never been consumer friendly and the antitrust establishment's protestations to the contrary simply won't wash with the facts.

Thus, if antitrust cases brought on by the government are overtly political, then it would seem that Google could have problems. First, as I already have pointed out, Republicans — who hold both the White House and a majority of both houses in Congress — are not particularly fond of Google.

Second, despite the millions of dollars that the company's leaders and employees have raised for the Democrats, it is doubtful that many Democrats would be willing to stand up for a firm that is accused of being a "monopolist." After all, Bill Gates is rumored to be a Democrat and Microsoft is located in the Seattle area, which is a Democratic stronghold. Even though that was the case, no Democrat having real political influence was willing to speak out against the Clinton Administration's jihad against Microsoft and Gates.

Further evidence of Democratic cowardice in protecting business figures accused of wrongdoing was the lack of support by politicians for Martha Stewart. While Stewart has been a stalwart contributor to the Democrats, no one from that party stood up for her when the Bush Department of Justice tried and convicted her in federal court on very flimsy charges. (Hillary Clinton even sent back a $1,000 contribution that Stewart had sent her during her 2000 U.S. Senate campaign.)

On the Republican side, no one with influence has stood up for Kenneth Lay, who was indicted last year on charges of "securities fraud," despite the lack of real criminal evidence. Republicans might have sought Enron money when it was a hot company, but it seems that everyone headed for the exits when the firm financially unraveled.

Yet, while Lay and Enron might be considered politically radioactive, one must remember that it was politics, not law that drove the indictments and prosecution of Lay and others with Enron. That is why I am concerned about Google. Should the government decide to go after Google for antitrust "violations," it will do so for purely political reasons.

At the same time, however, Google will find that any political capital it has tried to establish with the Democrats will come to naught, as no self-respecting Democrat is going to stand up for a "monopoly." (Remember that Enron also made large contributions to the Democratic Party during the years of the Clinton Administration, but when the company fell from grace, it suddenly was described as a "Republican" firm.)

Such is the world of antitrust law. Because the law can be applied only on a political basis, all government prosecutions of firms accused of violating antitrust statutes are political by definition. While I hope this is not the case, I do know that there exists almost no political downside for an administration that pursues civil and criminal cases against firms and business owners. Although the Bush Administration is unpopular with large segments of the population (mostly for the failure of war in Iraq), any action it takes against Google will win praise from all sides — and the Bushies could use some political popularity at the current time.