The Swiss Franc and The Tragedy of the Euro 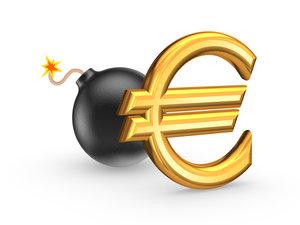 Philipp Bagus, author of The Tragedy of the Euro recently spoke with the Mises Institute about recent developments in Switzerland and the European Monetary Union.

Mises Institute: In January, the Swiss central bank unpegged the franc from the euro. What does this mean for the future of the Swiss franc?

Philipp Bagus: The Swiss central bank admitted a huge and costly error by unpegging the franc from the euro. First, they chained the Swiss franc to the sinking ship that is the euro. Then, once they found themselves under water and half drowned, they decided to cut the chain. Moreover, the Swiss national bank endured important losses on euro-denominated investments. These losses, borne by all Swiss franc users, in a sense reflect the hidden subsidies given to the Swiss export industry in recent years. Now, the Swiss franc will likely appreciate compared to currencies that are being inflated, such as the euro.

MI: Why was the Swiss National Bank (SNB) chained to the euro in the first place?

PB: By establishing a fixed rate for the franc against the euro, the SNB had committed itself to follow the European Central Bank. So the ECB, managing the crisis of its own poorly constructed currency, was indirectly determining the Swiss monetary policy as well.

MI: Why do you describe the euro as a sinking ship?

The effect of this policy is to externalize the costs of this monetization of the deficits on all users of the euro, some of them living in other countries. There is therefore an incentive in the euro countries to make deficits and accumulate debt, while externalizing costs on foreigners. They wanted to prevent this with the rules agreed upon within the Stability and Growth Pact, but no one feels bound by those anymore.

MI: Could this lead to the downfall of the euro?

PB: It has already led to an enormous debt for most countries. Add to that the expansionary monetary policy of the European Central Bank, which is always coming up with new tricks that put more money in circulation, such as their recently-announced quantitative easing.

As the number of euros increases, the value of each euro is diluted. The Swiss National Bank had decided to tie the franc to this depreciating currency, but apparently, by January, the Swiss had had enough.

MI: So does that mean we can now buy more goods with fewer francs?

PB: Well, you can buy fewer francs now than you could have when the franc was stronger. In a well-functioning economy, though, if you had economic growth and if people actually paid back their loans, the prices of goods would actually fall and people could buy more for their money. But, as it is, we do not benefit from strongly falling prices, because of this expansionary monetary policy. What we are experiencing with the falling gasoline prices or in the electronic goods sector, we could have witnessed in recent years in virtually all goods and services. But we didn´t. Thanks to central banks printing new money wildly.

PB: You will benefit some players who get the newly created money first, and those who create the money themselves may benefit as well. These are people in the financial system, particularly banks, and within the state itself. Then, those who get the money first can shop with lots of new money, but at old prices. Then prices rise and the ordinary people can, for example, no longer afford real estate. The cost of living increases, but wages do not rise or not so fast as the cost of living. The benefits of economic growth are reaped mainly by the first recipients of the money and not by all.

MI: How does the state benefit?

PB: States can go further and further into debt thanks to this monetary policy, and they can further distribute the borrowed money to the civil servants and subsidized entrepreneurs. Because the initial recipients of paper money (i.e., the financial and banking sectors) benefit most from this, they are the ones who advocate it most loudly.

MI: How to correct such a monetary system?

PB: As long as you can create money by pushing some keys on a computer, nothing will change. We could simply add a zero to every franc and every euro. Then the money supply would be ten times greater, but we’d be no richer, because prices would also increase tenfold. Of course, the way monetary policy is done now is not like that. The new money is not injected equally to everyone in the economy by adding zeros to euros or francs. If it were done that way, no one would be interested in it anymore and no one would be shouting for more money printing.

To correct the system we need a money that cannot be produced by touching a key on a keyboard. As long as money can be produced at almost no cost, the temptation is great and the political pressure to do so is huge. We see this over and over in history.

MI: In what kind of system would this be possible?

PB: A system with full gold backing, is one example. Gold can not simply be created from scratch, you have to dig for it.

MI: How long will the paper money system last?

PB: If I knew that I could be very rich. It depends greatly on the monetary policy. And the financial and political elites will try to save the system because they benefit from it. They could try to reset the system. What is clear is that the debt held by so many states cannot grow much more. It is unlikely that you can pay back this debt through growth. Most countries are in a monetary trap. When interest rates rise, the states are bankrupt because they cannot pay the interest.

MI: How will the current system end?

PB: There are different ways and none of them are good for savers. Central banks could let the printing presses run faster and thus completely devalue the money. Then they could confiscate or tax away assets; a wealth tax as has been proposed by the International Monetary Fund. Or proceeding as in Cyprus, where there was a bail-in which bank creditors have been converted into shareholders. Or you take a haircut — the creditors must give up a large part of their claims. Or there is monetary reform. This is something like the reset button. You can then start all over again.

MI: Will new currencies emerge to replace the old ones?

PB: First of all, competition between currencies must be maintained, because people then can use the currency that they find most suitable for their purposes. A few currencies might then prevail. Gold or silver, and there might be even good electronic currencies such as Bitcoin. As a transition you could first, with the gold of the national bank, create a fully covered gold currency and then open up the market for other competitors.

MI: Is a gold standard a solution?

PB: I'm not fixated on the gold standard. In the competition between currencies, gold and other precious metals have historically proven to be good money. In 1914, governments nationalized our gold in Europe. After some back and forth the last bond to gold was abolished in the 1970s because it limited the governments in their spending orgies. Now we have a pure paper money system. We should set our monetary system back to the pre-1914 period. This time with a one-hundred-percent-backed gold standard — and open the competition in alternative currencies. Then people can choose freely. The big advantage is that these currencies are truly independent of politics. Gold cannot be politically manipulated. Un-manipulated money is better money than state money ever can be.