GET NEWS AND ARTICLES IN YOUR INBOXPrint
A
A
Home | Mises Library | Statistics: Achilles' Heel of Government 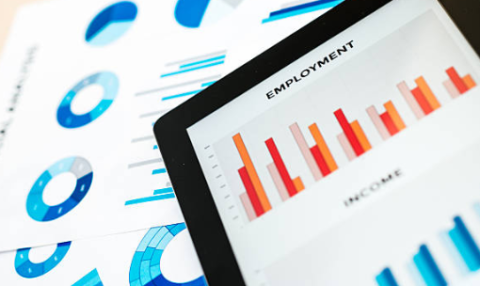 Ours is truly an Age of Statistics. In a country and an era that worships statistical data as super "scientific," as offering us the keys to all knowledge, a vast supply of data of all shapes and sizes pours forth upon us. Mostly, it pours forth from government.

While private agencies and trade associations do gather and issue some statistics, they are limited to specific wants of specific industries. The vast bulk of statistics is gathered and disseminated by government. The overall statistics of the economy, the popular "gross national product" data that permits every economist to be a soothsayer of business conditions, come from government.

Furthermore, many statistics are by-products of other governmental activities: from the Internal Revenue bureau come tax data, from unemployment insurance departments come estimates of the unemployed, from customs offices come data on foreign trade, from the Federal Reserve flow statistics on banking, and so on. And as new statistical techniques are developed, new divisions of government departments are created to refine and use them.

The burgeoning of government statistics offers several obvious evils to the libertarian. In the first place, it is clear that too many resources are being channeled into statistics-gathering and statistics-production. Given a wholly free market, the amount of labor, land, and capital resources devoted to statistics would dwindle to a small fraction of the present total. It has been estimated that the federal government alone spends over $48,000,000 on statistics, and that statistical work employs the services of over 10,000 full-time civilian employees of the government.1

Secondly, the great bulk of statistics is gathered by government coercion. This not only means that they are products of unwelcome activities; it also means that the true cost of these statistics to the American public is much greater than the mere amount of tax money spent by the government agencies. Private industry, and the private consumer, must bear the burdensome costs of record keeping, filing, and the like, that these statistics demand. Not only that; these fixed costs impose a relatively great burden on small business firms, which are ill equipped to handle the mountains of red tape. Hence, these seemingly innocent statistics cripple small business enterprise and help to rigidify the American business system. A Hoover Commission task force found, for example, that:

No one knows how much it costs American industry to compile the statistics that the Government demands. The chemical industry alone reports that each year it spends $8,850,000 to supply statistical reports demanded by three departments of the Government. The utility industry spends $32,000,000 a year in preparing reports for Government agencies…

If small alterations are made in two reports, the Task Force says one industry alone can save $800,000 a year in statistical reporting.

Many employees of private industry are occupied with the collection of Government statistics. This is especially burdensome to small businesses. A small hardware store owner in Ohio estimated that 29 per cent of his time is absorbed in filling out such reports. Not infrequently people dealing with the Government have to keep several sets of books to fit the diverse and dissimilar requirements of Federal agencies.2

But there are other important, and not so obvious, reasons for the libertarian to regard government statistics with dismay. Not only do statistics gathering and producing go beyond the governmental function of defense of persons and property; not only are economic resources wasted and misallocated, and the taxpayers, industry, small business, and the consumer burdened. But, furthermore, statistics are, in a crucial sense, critical to all interventionist and socialist activities of government.

The individual consumer, in his daily rounds, has little need of statistics; through advertising, through the information of friends, and through his own experience, he finds out what is going on in the markets around him. The same is true of the business firm. The businessman must also size up his particular market, determine the prices he has to pay for what he buys and charge for what he sells, engage in cost accounting to estimate his costs, and so on. But none of this activity is really dependent upon the omnium gatherum of statistical facts about the economy ingested by the federal government. The businessman, like the consumer, knows and learns about his particular market through his daily experience.

A Substitute for Market Data

Bureaucrats as well as statist reformers, however, are in a completely different state of affairs. They are decidedly outside the market. Therefore, in order to get "into" the situation that they are trying to plan and reform, they must obtain knowledge that is not personal, day-to-day experience; the only form that such knowledge can take is statistics.3

Statistics are the eyes and ears of the bureaucrat, the politician, the socialistic reformer. Only by statistics can they know, or at least have any idea about, what is going on in the economy.4

Certainly, only by statistics, can the federal government make even a fitful attempt to plan, regulate, control, or reform various industries — or impose central planning and socialization on the entire economic system. If the government received no railroad statistics, for example, how in the world could it even start to regulate railroad rates, finances, and other affairs? How could the government impose price controls if it didn't even know what goods have been sold on the market, and what prices were prevailing? Statistics, to repeat, are the eyes and ears of the interventionists: of the intellectual reformer, the politician, and the government bureaucrat. Cut off those eyes and ears, destroy those crucial guidelines to knowledge, and the whole threat of government intervention is almost completely eliminated.5

It is true, of course, that even deprived of all statistical knowledge of the nation's affairs, the government could still try to intervene, to tax and subsidize, to regulate and control. It could try to subsidize the aged even without having the slightest idea of how many aged there are and where they are located; it could try to regulate an industry without even knowing how many firms there are or any other basic facts of the industry; it could try to regulate the business cycle without even knowing whether prices or business activity are going up or down. It could try, but it would not get very far. The utter chaos would be too patent and too evident even for the bureaucracy, and certainly for the citizens.

Surely, the absence of statistics would absolutely and immediately wreck any attempt at socialistic planning. It is difficult to see what, for example, the central planners at the Kremlin could do to plan the lives of Soviet citizens if the planners were deprived of all information, of all statistical data, about these citizens. The government would not even know to whom to give orders, much less how to try to plan an intricate economy.

Thus, in all the host of measures that have been proposed over the years to check and limit government or to repeal its interventions, the simple and unspectacular abolition of government statistics would probably be the most thorough and most effective. Statistics, so vital to statism, its namesake, is also the State's Achilles' heel.