The State as Robber 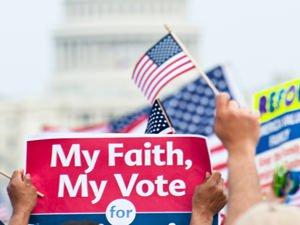 Today, many Christians feel it natural to adopt a brand of social conservatism when it comes to politics and public policy. Not only do we see them hold public demonstrations against what they view as social vices, they also usually call for legislation to regulate, control, and ban these activities. The same religious zeal (which is not a problem per se), which brought alcohol prohibition in the 1920s is still here today. Numerous governments around the world have laws that criminalize peaceful and consensual sexual activities between those of the same sex. Christian leaders and movements have policies.

Norman Horn “these Christians have no means of harmonizing these thoughts in a political and cultural climate that presents us with seemingly only one option. The disconnect is their theology of the State and of law. It causes them to make a mistake in reasoning that the State needs to solve this problem (with more legislation, more regulation) and the church just needs to fall in line.”1

This assumes a rather optimistic view of the ability and authority of the State to combat sin and its effects. Ironically, this stands in stark contrast to that of St. Augustine, the renowned Christian theologian and philosopher, who takes a prominent place in Church and Western history. His influence as a thinker was arguably unrivalled in the early history of the Church.2

The two cities were created by two kinds of love: the earthly city was created by self-love reaching the point of contempt for God, the Heavenly City by the love of God carried as far as contempt for self. ... In the former [the earthly city] the lust for domination lords it over its princes as over the nations it subjugates; in the other, both those put in authority and those subject to them serve one another in love, the rulers by their counsel, the subjects by obedience. [14: 28]

Following this distinction, he argues that true justice, which is to “love serving God only, and therefore ruling well all else,” is simply not present on earth, due to the sinful nature of mankind populating the earthly city. All political states as they exist on earth are therefore devoid of true justice.

With this in mind, Augustine likened the State to a criminal band of thieves and robbers:

Justice being taken away, then, what are kingdoms but great robberies? For what are robberies themselves, but little kingdoms? The band itself is made up of men; it is ruled by the authority of a prince, it is knit together by the pact of the confederacy; the booty is divided by the law agreed on. If, by the admittance of abandoned men, this evil increases to such a degree that it holds places, fixes abodes, takes possession of cities, and subdues peoples, it assumes the more plainly the name of a kingdom, because the reality is now manifestly conferred on it, not by the removal of covetousness, but by the addition of impunity. Indeed, that was an apt and true reply which was given to Alexander the Great by a pirate who had been seized. For when that king had asked the man what he meant by keeping hostile possession of the sea, he answered with bold pride, “What thou meanest by seizing the whole earth; but because I do it with a petty ship, I am called a robber, whilst thou who dost it with a great fleet art styled emperor.” [4:4]

Of course, St. Augustine was no anarchist. Though political states are imperfect and lack true justice, they still, for Augustine, have a divine purpose to fulfill. Their basic function is to ensure a modicum of civil peace on earth to prevent a Hobbesian “war of all against all.”3

Even though Augustine did not seem to follow through with his damning critique of the State, which aligns very well with Murray Rothbard’s description of the State as “a gang of thieves writ large,” he still argued clearly that the State was not a moral institution in and of itself.

the State, then, is a result of sin and an expression of sin. Like sickness, death and all the tribulations of this world, it is an outcome or product of the Fall. More strictly, it is a result of the change wrought in human nature and on the human will by the Fall. The State is not, as it had been for Plato and Aristotle, a natural part of human life or a natural forum for the development and expression of the human character and potential. It is an unnatural supervention upon the created order.4

This should be a sobering reminder to Christian statists who so uncritically accord the State some semblance of moral authority. It makes no sense to combat sin with an inherently flawed institution that is itself borne of sin. We must look beyond the mystical aura the State has hidden itself behind and realize that the “emperor” has no clothes. Religious zeal devoid of knowledge of the truth is damaging and costly.

Bryan Cheang holds a PhD in Political Economy from King's College London, and is a specialist in state-market relations and economic policy matters. He is also the Founder of Adam Smith Center in Singapore.