GET NEWS AND ARTICLES IN YOUR INBOXPrint
A
A
Home | Mises Library | Star Trek Is Wrong: There Will Always Be Scarcity

Star Trek Is Wrong: There Will Always Be Scarcity 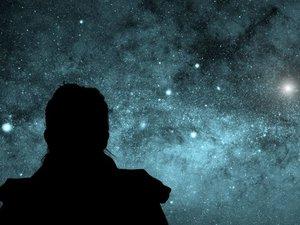 Tags Media and CulturePricesValue and Exchange

With the recent successes and announcements of sci-fi movies and TV shows like The Martian, Interstellar, and new incarnations of Star Trek and Star Wars, no one can deny that we crave futurism and stretching our imagination on what advanced technology can accomplish. Many look to the example of these fictional worlds as an indication of what life might be like when technology can provide for all of our basic needs, a condition some call “post-scarcity.”

The same people call on dramatic government interventions to make sure everybody can earn a “living wage” when robots and automation do all of the producing. They say that “post-scarcity” conditions will completely overturn economies and even economics itself.

But, scarcity can never be eliminated because our infinite human wants will always outnumber the means available in this finite universe. Scarcity is found even in the shows and movies that supposedly represent worlds without scarcity.

A prime example of what is meant by “post-scarcity” and its contrast to present-day is presented in the Star Trek: The Next Generation series.

In the final episode of the first season, the Enterprise happens upon an “ancient” vessel floating through space. Lt. Commander Data and Security Officer Worf find three humans from Earth, frozen in cryonic chambers for 400 years, which gives the twenty-fourth century crew a chance to interact with people from the viewers’ time period.

One of these late twentieth-century humans, Ralph Offenhouse, was preoccupied with regaining control over what he expected to be a gigantic fortune from a 400-year-old stock portfolio. Indeed, one of the first things he asked for after being thawed and resuscitated was a copy of the Wall Street Journal.

Captain Picard informed him that “A lot has changed in the past three hundred years. People are no longer obsessed with the accumulation of things. We’ve eliminated hunger, want, the need for possessions. We’ve grown out of our infancy.”

The show paints a Marxist picture of how humans arrived at being able to warp across space with food replicators and beaming devices and all sorts of technology that renders even our early twenty-first-century scramble for scarce resources a mere curiosity.

During centuries that stretch between the crew of the Enterprise and their time capsule visitors, technology changed in such a way to abundantly provide for people’s material needs. Therefore human society phased out of capitalism and trade and into socialism, which Karl Marx predicted in his theory of history.

The economics of the Star Trek universe is the subject of a forthcoming book by Manu Saadia, called Trekonomics. Saadia proposes that we should take sci-fi seriously and prepare ourselves for “post-scarcity” conditions:

Good science fiction like Star Trek can be great fun. Yet, at the same time, it is deadly serious. Its central purpose is to explore the changes that lie ahead of us. What are the economic, social and even psychological consequences of technological change? What will happen to us humans in a world that runs on automata?

the rise of new technology means that all the economic questions will change. Instead of a world defined by scarcity, we will live in a world defined by self-expression. We will be able to decide the kind of people that we want to be, and the kind of lives we want to live, instead of having the world decide for us. The Star Trek utopia will free us from the fetters of the dismal science.

Both argue that markets and trade will become unnecessary once we arrive at so-called “post-scarcity” conditions. The study of economics itself will be a thing of the past, like VCRs and 8-tracks.

Scarcity Is Fundamental to the Physical Universe

Unfortunately for all of us, however, scarcity isn’t going anywhere. And the only way to maximize human want satisfaction with a limited pool of resources is with unhampered markets: private property and prices. Scarcity is a fundamental fact of our universe — we are bound to it by physical laws and logic.

Scarcity is even present in the fictional Star Trek universe, as well as self-ownership and private property. In the very same episode, Captain Picard and the crew have a tense confrontation with the Romulans, who have invaded Federation space. Both parties were investigating the destruction of some of their outposts in the “Neutral Zone.” Space is not only the final frontier, but apparently ownable. The Romulan and Federation outposts are also scarce and owned.

When Ralph Offenhouse wandered onto the main bridge during this confrontation, Captain Picard ordered security officers to “Get him off my bridge!”

We can’t even conceive of a fictional universe with no scarcity. There can be no time, space, or anything that has any limited capabilities in satisfying our desires. Such a universe would be timeless, incorporeal, and all satisfying. It’s hard to imagine a TV show based in such a universe because there could be no conflict for the characters to overcome.

No matter what, individuals will still be making choices about how to use the resources that are scarce. We may make things relatively less scarce, but we can never repeal scarcity as a fundamental condition of our universe.

Suppose every household in the world has all of their biological needs abundantly satisfied. Food is provided by replicators like those on the Enterprise. Everybody has as at least as much shelter as they need. Super-medicines and all health services are easily provided with the touch of a button in your own home.

All this means is that people can pursue other ends besides survival, like art, entertainment, learning, or simple relaxation. Our demand for goods and services does not stop once we are at subsistence levels of consumption. This is obviously true for anybody with the means to read this article.

Also, there may be demand for food and other goods specifically made by human hands even when robots or replicators could have made something identical or more precisely machined at a lower cost. We see this today, and we are far from Star Trek.

Sometimes we like knowing something was made in a certain way, and this translates into demand for goods with a specific, usually labor-intensive, production process. Craft and hand-made trade fairs are common, even when many of the items offered are mass-produced elsewhere.

Toward the end of the episode, when Ralph Offenhouse is reeling in an existential crisis, he asks Captain Picard about the purpose of twenty-fourth-century life if it’s not “accumulating wealth”:

What Picard doesn’t realize is that improving and enriching yourself, even with the Enterprise’s mission: “to explore strange new worlds, to seek out new life and new civilizations, to boldly go where no one has gone before” involves the use of scarce, material resources, like starships, starship crews, planets to explore, communicators, teleportation machines, phasers, and warp drives.

Picard also doesn’t realize how wealthy he is. Wealth is the ability to satisfy ends, and his spot on the Enterprise makes him enormously wealthy, with all the replicators and the holodeck (environment simulator) and the instant access to top-notch medical care. For someone who rejects accumulating wealth, he has accumulated a lot of it.

Although biological needs may be abundantly satisfied, human desires outnumber the stars. As such, scarcity is unavoidable in the same way gravity is unavoidable, or the forward “continual flux” of time, to use the words of Mises. Our goal is the optimal allocation of those scarce resources, and only unhampered markets can “make it so.”