Some Applications of the Time-Preference Theory 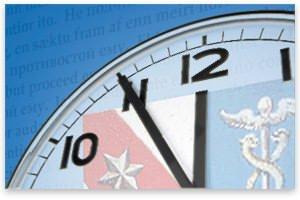 [This article is excerpted from chapter 18 of Human Action: The Scholar's Edition and is read by Jeff Riggenbach.]

Every part of economics is open to intentional misrepresentation and misinterpretation on the part of people eager to excuse or to justify fallacious doctrines underlying their party programs. To prevent such misuse as far as possible, it seems expedient to add some explanatory remarks to the exposition of the time-preference theory.

There are schools of thought that flatly deny that men differ with regard to innate characteristics inherited from their ancestors.1 In the opinion of these authors the only difference between the white men of Western civilization and Eskimos is that the latter are in arrears in their progress toward modern industrial civilization. This merely temporal difference of a few thousand years is insignificant when compared with the many hundreds of thousands of years that were absorbed by man's evolution from the simian state of his apelike forebears to the conditions of present-day homo sapiens. It does not support the assumption that racial differences prevail between the various specimens of mankind.

Praxeology and economics are foreign to the issues raised by this controversy. But they must take precautionary measures lest they become implicated by partisan spirit in this clash of antagonistic ideas. If those fanatically rejecting the teachings of modern genetics were not entirely ignorant of economics, they would certainly try to turn the time-preference theory to their advantage. They would refer to the circumstance that the superiority of the Western nations consists merely in their having started earlier in endeavors to save and to accumulate capital goods. They would explain this temporal difference by accidental factors, the better opportunity offered by environment.

Against such possible misinterpretations one must emphasize the fact that the temporal head start gained by the Western nations was conditioned by ideological factors, which cannot be reduced simply to the operation of environment. What is called human civilization has, up to now, been a progress from cooperation by virtue of hegemonic bonds to cooperation by virtue of contractual bonds. But while many races and peoples were arrested at an early stage of this movement, others kept on advancing. The eminence of the Western nations consisted in the fact that they succeeded better in checking the spirit of predatory militarism than the rest of mankind and that they thus brought forth the social institutions required for saving and investment on a broader scale.

Even Marx did not contest the fact that private initiative and private ownership of the means of production were indispensable stages in the progress from primitive man's penury to the more satisfactory conditions of 19th-century Western Europe and North America. What the East Indies, China, Japan, and the Mohammedan countries lacked were institutions of safeguarding the individual's rights. The arbitrary administration of pashas, kadis, rajahs, mandarins, and daimios was not conducive to large-scale accumulation of capital. The legal guarantees effectively protecting the individual against expropriation and confiscation were the foundations upon which the unprecedented economic progress of the West came into flower. These laws were not an outgrowth of chance, historical accidents, and geographical environment. They were the product of reason.

We do not know what course the history of Asia and Africa would have taken if these peoples had been left alone. What happened was that some of these peoples were subjected to European rule and others — like China and Japan — were forced by the display of naval power to open their frontiers. The achievements of Western industrialism came to them from abroad. They were ready to take advantage of the foreign capital lent to them and invested in their territories. But they were rather slow in the reception of the ideologies from which modern industrialism had sprung. Their assimilation to Western ways of life is superficial.

We are in the midst of a revolutionary process that will very soon do away with all varieties of colonialism. This revolution is not limited to those countries that were subject to the rule of the British, the French, and the Dutch. Even nations that, without any infringement of their political sovereignty, had profited from foreign capital are intent upon throwing off what they call the yoke of foreign capitalists. They are expropriating the foreigners by various devices — discriminatory taxation, repudiation of debts, undisguised confiscation, foreign exchange restrictions. We are on the eve of the complete distintegration of the international capital market. The economic consequences of this event are obvious; its political repercussions are unpredictable.

In order to appreciate the political consequences of the disintegration of the international capital market, it is necessary to remember what effects were brought about by the internationalization of the capital market. Under the conditions of the later 19th century, it did not matter whether or not a nation was prepared and equipped with the required capital in order to utilize adequately the natural resources of its territory. There was practically free access for everybody to every area's natural wealth. In searching for the most advantageous opportunities for investment, capitalists and promoters were not stopped by national borderlines. As far as investment for the best possible utilization of the known natural resources was concerned, the greater part of the earth's surface could be considered as integrated into a uniform, world-embracing market system. It is true that this result was attained in some areas, like the British and the Dutch East Indies and Malaya, only by colonial regimes and that autochthonous governments of these territories would probably not have created the institutional setting indispensable for the importation of capital. But Eastern and Southern Europe and the Western Hemisphere had of their own accord joined the community of the international capital market.

The Marxians were intent upon indicting foreign loans and investments for the lust for war, conquest, and colonial expansion. In fact, the internationalization of the capital market, together with free trade and the freedom of migration, was instrumental in removing the economic incentives to war and conquest.

It no longer mattered for a man where the political boundaries of his country were drawn. The entrepreneur and the investor were not checked by them. Precisely those nations that in the age preceding the First World War were paramount in foreign lending and investment were committed to the ideas of peace-loving “decadent” liberalism. Of the foremost aggressor nations, Russia, Italy, and Japan were not capital exporters; they themselves needed foreign capital for the development of their own natural resources. Germany's imperialist adventures were not supported by its big business and finance.2

The disappearance of the international capital market alters conditions entirely. It abolishes the freedom of access to natural resources. If one of the socialist governments of the economically backward nations lacks the capital needed for the utilization of its natural resources, there will be no means to remedy this situation. If this system had been adopted a hundred years ago, it would have been impossible to exploit the oil fields of Mexico, Venezuela, and Iran, to establish the rubber plantations in Malaya, or to develop the banana production of Central America. It is illusory to assume that the advanced nations will acquiesce in such a state of affairs. They will resort to the only method which gives them access to badly needed raw materials; they will resort to conquest. War is the alternative to freedom of foreign investment as realized by the international capital market.

The inflow of foreign capital did not harm the receiving nations. It was European capital that accelerated considerably the marvelous economic evolution of the United States and the British dominions. Thanks to foreign capital, the countries of Latin America and Asia are today equipped with facilities for production and transportation that they would have had to forego for a very long time if they had not received this aid. Real wage rates and farm yields are higher today in those areas than they would have been in the absence of foreign capital. The mere fact that almost all nations are vehemently asking today for American credit explodes the fables of the Marxians and the nationalists.

However, the mere lust for imported capital goods does not resuscitate the international capital market. Investment and lending abroad are only possible if the receiving nations are unconditionally and sincerely committed to the principle of private property and do not plan to expropriate the foreign capitalists at a later date. It was such expropriations that destroyed the international capital market.

Intergovernmental loans are no substitute for the functioning of an international capital market. If they are granted on business terms, they presuppose no less than private loans the full acknowledgment of property rights. If they are granted, as is usually the case, as virtual subsidies without any regard for payment of principal and interest, they impose restrictions upon the debtor nation's sovereignty. In fact such “loans” are for the most part the price paid for military assistance in coming wars. Such military considerations already played an important role in the years in which the European powers prepared the great wars of our age. The outstanding example was provided by the huge sums which the French capitalists, pressed hard by the government of the Third Republic, lent to Imperial Russia. The Tsars used the capital borrowed for armaments, not for an improvement of the Russian apparatus of production. They did not invest it; they consumed a great part of it.

This article is excerpted from chapter 18 of Human Action: The Scholar's Edition and is read by Jeff Riggenbach.