Should We Love or Loathe the Mafia? | Mises Institute
Skip to main content

GET NEWS AND ARTICLES IN YOUR INBOXPrint
A
A
Home | Mises Library | Should We Love or Loathe the Mafia?

Should We Love or Loathe the Mafia? 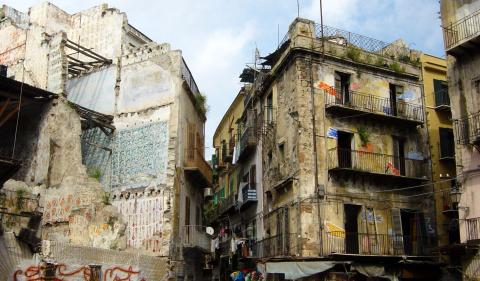 Diego Gambetta’s book is an excellent work of scholarship that seeks to apply economic theory to the Sicilian mafia. In addition to its formal analysis, the book explains the historical origins of the mafia, and is filled with anecdotes drawn from interviews and court testimony of mafiosi turned state’s evidence.  Although I highly recommend it to anyone interested in both the social sciences and the mafia, the present review will largely be critical. This is because the area of prime interest to libertarian anarchists—the alleged similarity between the mafia and Rothbardian defense agencies—is (as I explain below) the one major error that I perceive in Gambetta’s approach.

Anarchy Versus the Mafia

Gambetta’s thesis is that the mafia is best understood as a group of (oligopolistic) firms providing protection services, where “protection” is a broad term that includes shielding the mafioso’s client from not only violence, theft, and fraud, but also shielding the client from legitimate competition.1 As a corollary to his thesis, Gambetta rejects

two alternative views of the mafia: mafiosi are not entrepreneurs primarily involved in dealing with illegal goods, nor are they entrepreneurs in the sense of handling violently the production of legal goods.  Mafiosi as such deal with no good other than protection.  Joining the mafia amounts to receiving a license to supply protection rather than simply consume it.  (p. 9)

Already we have discovered a slight tension between Gambetta’s views and those of Murray Rothbard.  Rothbard clearly had an affinity for the mafia (particularly as depicted in the Godfather trilogy, rather than in Goodfellas), viewing them as heroic providers of goods and services outlawed by the much more violent, thieving, paternalistic, and hypocritical State.  Therefore, if Gambetta is correct, Rothbard is focusing on the mere circumstantial features and overlooking the true nature of the mafia.

However, there is a fundamental problem with Gambetta’s alleged dichotomy:  It currently is illegal for a private agent to sell “protection” in the way Gambetta uses the term.  One of the defining characteristics of the State is that it claims a monopoly on the rightful use (or delegation of the use) of physical violence within its geographical borders.

Once we realize this, Gambetta’s argument against Rothbard largely falls apart.  In an endnote he writes:

Anarchists have argued that the state ought to disappear altogether for there is no need for its services.  But this view is entirely different from advocating the privatization of justice and protection services.  Among the few authors who argue in favor of the latter is Murray Rothbard…He seems oblivious to the fact that the society he is proposing exists already in Sicily and can hardly be described as a success.  (n.1, p. 275)

Even on the face of it, Gambetta’s critique is nonsensical, for the Italian government certainly influences things in Sicily.  It is akin to arguing, “Rothbard argues for the privatization of education.  He seems oblivious to the fact that the system he is proposing exists already in the United States and can hardly be described as a success.”

Beyond this obvious flaw (i.e., that Sicily is not in anarchy and therefore is not a valid test of the desirability of a Rothbardian private protection industry) there is the deeper confusion of linking the odious behavior of mafiosi with private protection as such.  Most readers of this website will be familiar with the standard arguments for legalization of “victimless” crimes, and in particular with the insight that the violence in the narcotics and prostitution industries are caused by government prohibitions, not by the products and services themselves.

In the very same way, the current black market for protection services is relatively violent, and run by relatively unsavory individuals.  But if private protection were “legalized”—i.e., if the State abdicated its monopoly on law enforcement and opened the industry to legitimate competitors—then we should also expect the market to become more orderly, just as murderous thugs left the alcohol market after the repeal of Prohibition.

One obvious retort to my claim is that, unlike narcotics, gambling, prostitution, etc., the business of protection involves violence, and therefore we cannot expect the same serendipitous effects from legalization of this industry.  For example, Gambetta explains that “above all, mafiosi must be able to resort to violence; the ability to inflict punishment is crucial to the role of guarantor” (p. 40).  Even so, Gambetta had earlier warned his reader that

to define the mafia as “the industry of violence” is open to misunderstanding.  Violence is a means, not an end; a resource, not the final product.  The commodity that is really at stake is protection.  It may be argued that ultimately protection rests on the ability to use force, but it does not follow that it coincides with it.  (p. 2)

We must also keep in mind that (except for pacifists) it is not the use of violence per se that is improper, but rather the use of violence against innocent people.  Thus, even if we view protection agencies as firms that employ violence, this alone does not prove that they will be criminal in free market anarchy.  Again, it is useless to point to mafia behavior in the present system as evidence for this, just as it would be foolish to argue that the case of Al Capone proves that alcohol sellers would be evil under anarchy.

The State Versus the Mafia

Hand-in-hand with the typical dismissal of anarcho-capitalism on the grounds that “the mafia will take over” is the claim that “Rothbardian protection agencies would become the State.”  Fortunately, Gambetta recognizes the difference between the State and the mafia:

This book aims to make a contribution by showing that the parallel between the mafia and the state has clear limits, and, consequently, that the view of the mafia as a legal system in its own right does not actually stand up.  First . . . the mafia is not a centralized industry but is constituted by many individual “firms” united by a brand name and, intermittently, a cartel.  The norms adopted by the cartel are often breached and manipulated, and in no way are they part of a fixed and universally agreed-on code; nor is there any moral justification for them.  Next, criteria of universality and equality . . . are irrelevant: protection is sold on a private basis to individual customers; its price varies according to the customers’ wealth and position, the types of services required, and last but not least the whims of the seller.  The mafia is not even a “minimal state” as defined by Nozick. . . . Finally, the parallel with a democratic state is even more tenuous: mafiosi are not accountable to their subjects, and the mafia has not citizens but at best clients.  The more accurate counterpart to the mafia is a business.  (p. 7)

Of course, it is clear that Gambetta thinks these points demonstrate the relative superiority of the State, whereas a Rothbardian would think the opposite.  Gambetta’s belief in the mystical properties and authority of the State is nowhere better demonstrated than in his lamentations over the widespread apologists for the mafia even within the Catholic Church.  Gambetta first quotes Brooklyn priest Father Louis Gigante (brother of the alleged mafia boss Vincent “the Chin” Gigante), who said:

I really loved The Godfather. . . .I like Don Vito Corleone’s character.  As he was about to be ruined by a blackmailer, he killed him to save his wife and family.  By showing his power, he began to become somebody.

I am not suggesting that this is the proper way to treat other people, but sometimes justice cannot be administered only by a tribunal.  I have seen many people die in the electric chair, and I always wondered whether society had the right to make that decision.  (qtd. in Gambetta p. 51)

Now regardless of one’s views, we can certainly understand where this priest is coming from.  Even if we disagree that Vito Corleone had to kill Fanucci to save his family—after all, Vito could’ve simply stopped stealing rugs and dresses with Clemenza—we can appreciate that the priest is questioning whether the State is justified in executing its enemies. This observation is completely lost on Gambetta, who follows the above quotation with this incomprehensible critique:

The priest unwittingly suggests an ideological connection between the clergy and the mafia in his reservations about established human justice, almost as if this were a challenge to divine justice and its inscrutable verdicts.  It follows, according to this perverse subcultural theology, that by taking justice into his own hands, man may defy the law of men but not necessarily that of God. (p. 51)

Although this review has been mainly negative, this is only because the issues of most interest to Rothbardian readers happen to be exactly those on which I find disagreement with Gambetta.  Notwithstanding the above objections, I found The Sicilian Mafia to be a very valuable book.  As a huge fan of The Godfather book and movies, I learned a great deal about the real world mafia,3 and can appreciate these fictional works even more because of their accuracy.  As I stated in the beginning of this review, I heartily recommend Gambetta’s book to anyone with an interest in the social sciences and the mafia.