GET NEWS AND ARTICLES IN YOUR INBOXPrint
A
A
Home | Mises Library | Should We Loot the Rich?

Should We Loot the Rich? 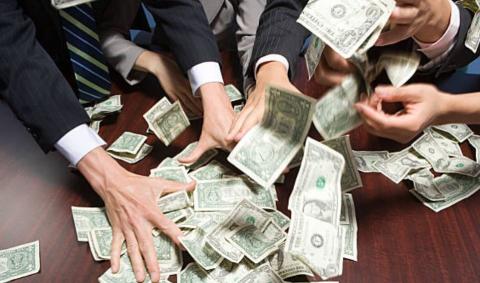 A persistent virus is beginning to spread, threatening to sweep the country as the next great epidemic. What is the ill? The Fourier Complex of course. The Fourier Complex? Yes, it is the mental state—syndrome—identified by its vile symptoms: extreme envy, fear of the free market, belief in redistribution, and the desire to legislate deprivation in order to harm those better off.

Mises coined the term Fourier Complex in 1927 to describe the ends sought by those who dream of the world envisioned by Charles Fourier, the utopian socialist of the nineteenth century. Its sufferers desire equality in starvation rather than variation in plenty. So, how does the Fourier Complex play out in the national debate? Simple. Any report that details variations in wealth is greeted with the call for redistribution, an equalization of money and things—value—regardless of the cost. The line of thought runs in this direction: The United States is blessed by resources that are to be used for the benefit of all. Whenever one exceeds his allotted possession or enjoyment of those resources, he must share his excess equally with all others.

For the sake of argument, let’s agree that redistribution is the ethical solution to variations of income and wealth. It would then follow that Bill Gates has to sell his possessions and watch them be divided equally among the rest of us.

Given our current system of civil law — a system that has turned its back on the ethics of liberty and property—we could enact redistributive laws and exercise the coercive arm of government to force Gates to hand over his wealth to the ravenous majority. We could do that, but what would be the result?

First, Gates would now be impoverished. So what? Won’t we—everyone other than Gates—be better off? Hardly. To understand why requires a discussion of the concept of the margin with regard to net worth.

For simplicity’s sake, we will assume that Gates’s wealth is comprised solely of Microsoft stock. His net worth is then estimated at $45 billion, based on the 1.5 billion shares he holds times the stock’s closing market price of $30.17 on October 19, 2007.

We know that 75 million of the 9.4 billion outstanding shares of Microsoft stock (or 0.8 percent) exchanged on October 19 within a small range of the closing price of $30.17 per share. We also know that Bill Gates values the shares in his possession at a price higher than the closing price, since otherwise he would have sold.

And, we know that many individuals —such as myself—value shares of Microsoft at a price lower than the closing price, since otherwise we would have purchased.

Therefore, we know for certain that Bill Gates subjectively values his total amount of stock in excess of $45 billion, while the market values his stock at something less.

We also know that should Gates be forced to sell all of his shares during the next business day, at whatever price the market would bear, he would get much less than both his subjective value and the most recent closing price—the law of demand would rule the day. And, billions of dollars in value and wealth would be destroyed.

For simplicity’s sake once more, let us assume that the average market price for the shares he dumps tomorrow is only half of the current marginal price. Therefore, his wealth tomorrow is not the commonly reported $45 billion; it is more like $23 billion.

Next, let us divide the proceeds among the 301 million folks residing in the United States. Therefore, I get $76 in the form of a onetime payment—my slice of Gates’s wealth. However, that is not my net increase, as we have to look further to see the unseen effects of such a redistribution scheme.

I have mutual funds that hold Microsoft stock. The reduction in the price of the stock will affect the value of these funds. Given my current investment, I am certain that, through my mutual funds, I own at least six shares of Microsoft stock. I therefore will see a reduction in my net assets due to the redistribution of wealth—I will be worse off.

The claim will be made that I am not in the impoverished class; I will be subject to redistribution in a later round, so who cares about my situation? OK, but keep in mind that many retirees are living off investments that include Microsoft stock. These folks will take a huge financial hit—a hit that they likely cannot sustain.

In addition, many folks are relying on their 401(k) or pension fund to see them through retirement (myself included), while government workers are basing their retirement on state retirement systems, all of which hold at least some shares of Microsoft stock.

We all lose, and lose a lot.

A further claim will be made that the stock price will rebound, so the hit will be short lived. However, remember that the name of the scheme is redistribution. No one can hold too many shares since all wealth will be distributed equally. Therefore, Warren Buffett (say) could not buy the shares Gates dumped because Buffett will also be subject to redistributive laws. And, as mentioned above, middle-class folks such as myself cannot invest in the now lower-priced stock since we will be subject to redistribution in later rounds.

The stock price will fall and the company that was Microsoft will fade as quickly as Enron. But that will not be the end. The destruction will reverberate throughout the economy. Tens of thousands of Microsoft employees will end up unemployed, disrupting markets everywhere. Hedge funds and investment houses will close, sending panic to The Street. And, as additional wealthy individuals are subject to redistribution, other companies will soon fold, and more workers let go. The economy will collapse as no one is allowed to hold more wealth than the average or gain an advantage by purchasing undervalued stocks; we can only sell, we cannot buy.

Adherents to the principles of Austrian economics recognize that capital and wealth are fragile, and can easily disappear with the implementation of laws that enforce redistributive measures. In addition, the division of labor that allows us all to enjoy an advanced economy is not guaranteed; it can quickly disappear due to the effects of envy.

Does anyone win? Only those who are willing to suffer in order to make the wealthy worse off. These folks will win and may even be happy, for a while anyway. But, as wealth is destroyed, society will quickly collapse around them. Starvation will be their epitaph, as well as our fate. We will all be reduced to trying to grow food for survival in our urban windowsills or suburban backyards.

You say these folks are not looking to harm the economy and destroy society; they simply want all to share in the wealth that is America. Don’t bet on it. Their desire roots from extreme envy and fear of the free market. Impoverishing Gates is more important than life itself, since otherwise they would celebrate the achievements of Gates and other entrepreneurs—men and women who have allowed 301 million Americans to enjoy unprecedented material wealth and longevity.

Redistribution is not ethical; it’s theft and destruction. It is simply a means to satisfy the envy of some who seek to harm those who have obtained greater wealth through the satisfaction of the wants of consumers. If we succumb to its siren song, the gravestone will read: “For the want of Bill Gates’s money, the world wrought its end.”

Jim Fedako, a business analyst and homeschooling father of seven, lives in the wilds of...

Elections Now Decide Who Can Operate Your Car

With the approval of Biden's infrastructure bill, it now turns out the US government is even in control of a "kill...

While 9/11 is mainly forgotten, a deafening trumpet announces the presence of other supposed crises, such as covid...